The season finale for Attack on Titan season 2 announced the comeback for a third season which will premiere in 2018. After the 12 episodes of season 2 compared to the 25 of season 1, this season was definitely short and held a lot for fans to want. 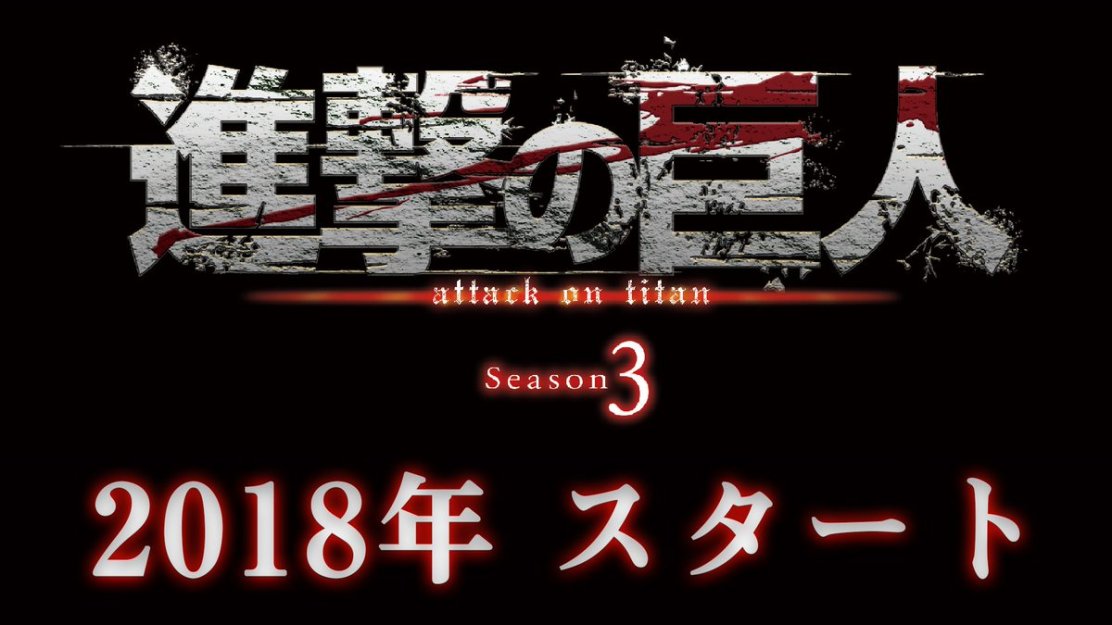 On top of this, Funimation also began streaming a 15-second preview video for the third season of Attack on Titan anime. The second season ended on Saturday, which also revealed the premiere of the third season which shall be coming in 2018.

After the long wait for season 2, around 4 years, season 2 was definitely pretty damn good. I’ve yet to finish off the last few episodes of the anime, so when that’s done, I’ll definitely be reviewing the anime when I get some time.

Anyways, what are your thoughts on this announcement? Do you think it’s cool or would you rather watch something else? Be sure to comment own below to tell us what you think.