Boruto 5 see’s the arrival of Mitsuki into the class after all that’s happened. Mitsuki’s arrival sees that he’s very strong and knowledgeable in what he does, he knows that Boruto has abilities to see things. And when they nearly destroy the school, he helps Boruto take care of the demon that had taken over a Shinobi. Furthermore, it seems like Shino can’t get a break as all his efforts are doing nothing so he’s also taken over. 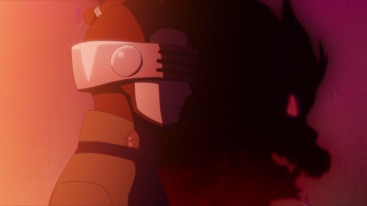 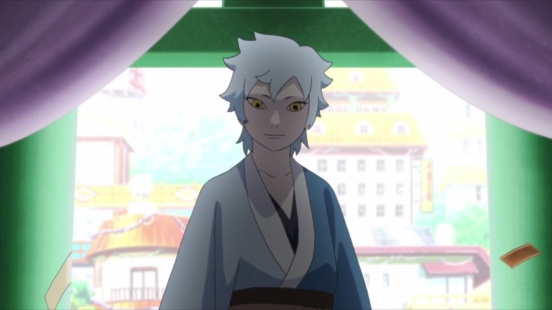 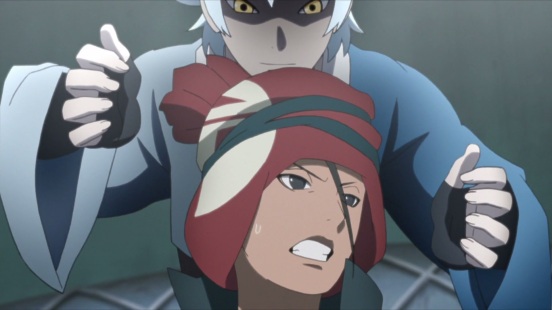 Boruto 5 begins with another student going crazy, he’s chased down by Boruto, Shikadai and Iwabe but his demise comes when Boruto tries to chase him down but Mitsuki takes care of him during their way to school. Since their school is still being built, Mitsuki is there to joint them. Seems like they’ve seen him before.

Seems like no one is listening to Shino, he gets tired and doesn’t know what to do. Mitsuki sits right next to Boruto and asks why they don’t have their own classroom. Boruto answers a question on the white board but gets an even harder one which he can’t solve. But Mitsuki approaches and answers it for him.

They get to practising their fighting. Iwabe vs Boruto, Iwabe wins and Mitsuki goes to fight. Mitsuki is so much stronger compared to Iwabe that he goes to choke Iwabe out when Boruto tells him to stop. Boruto tells Mitsuki to apologise as he doesn’t like guys like him. It seems that no one is currently listening to Shino, even his own class. He feels bad when he talks to Kurenai, but will carry on.

Mitsuki talks to someone outside as he seems to be trying to find out if Boruto might be his sun. Next day, Mitsuki’s entrance party is on as it seems like everyone seems to be interested in Mitsuki. It seems like Shino has succeeded in the party. He then tries to make the things around them like the bears and flowers move but it seems like he was using his own bugs to try to make them move.

None of them like it, thus Mitsuki uses Wind Style to get rid of all of them, but it also affects the workers in the school. Everyone seems to be blaming this on Shino. Later, one of the workers hates it and begins to go crazy. Boruto spots that he’s got bad aura around him.

Boruto and others try to stop him but nearly kill him, thus Mitsuki steps in and tries to help them out. Seems like Mitsuki helped them and the aura seems to have disappeared. Mitsuki did good and it seems like they’re better friends. Although Shino doesn’t know what he’s doing, he talks to Iruka and doesn’t know what to do.

The bad demon aura appears and goes into him. He previously asked Boruto, Mitsuki and Shikadai to meet him, but he appears with evil intent and there’s also the aura around him. He’s ready to teach them their final lesson. Boruto 5 ends here.

A pretty good episode, seems like Mitsuki has some sort of plan which he is discussing with someone outside the village, who I think is Orochimaru. Nevertheless, Boruto 6, titled “The Final Lesson” shall cover Boruto and others while Shino is still  being controlled by his evil intent.