The official website for the Attack on Titan anime reveals some key new information, especially the key visual for the second season of the upcoming anime. If you didn’t already know, the anime will be premiering in Japan during the Spring season, specifically the 1st of April 2017. The website also revealed that it shall premiere on 21 different networks which includes Tokyo MX and MBS. 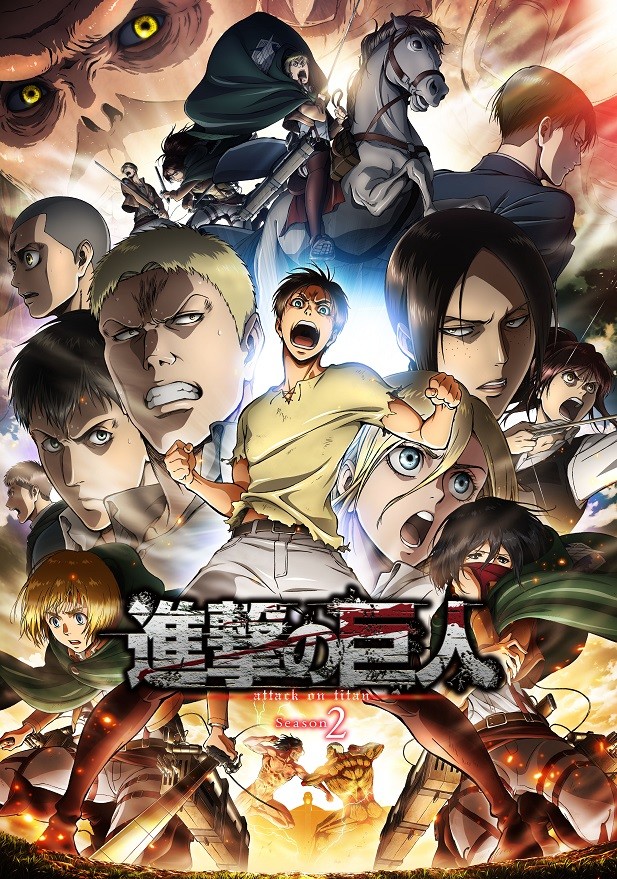 You may also like to know that Funimation also has the license for the second season, as it began streaming the official promotional video with English subtitles back in December 2016, see it here.

We already know that Attack on Titan season 2 has been for ever halted after the success of the first season. I guess some stuff just got delayed and it took a while for the crew to come together and release this. But now we have a solid date, 1/4/2017 of its release and I absolutely cannot wait for it.

What do you think? Go ahead and comment down below telling us what you think of the upcoming release of Attack on Titan season 2? Are you hyped?