Fairy Tail 520 see’s Eileen’s defeat and death, which causes the technique she used, Universe One, to reverse and bring Magnolia as well as Fiore back to normal. On top of this, Natsu is forced to make a choice when Igneel asks him if he wants to become a Demon or Dragon. Natsu chooses human, causing both his demon and dragon seeds to break. 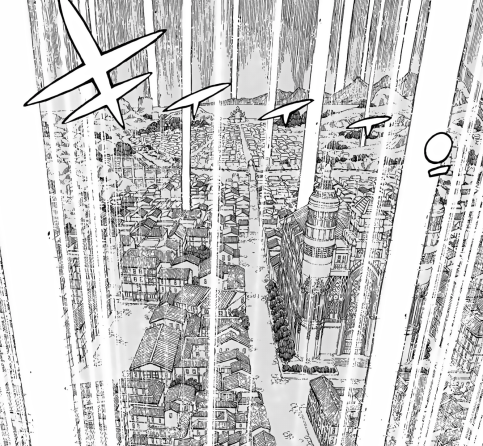 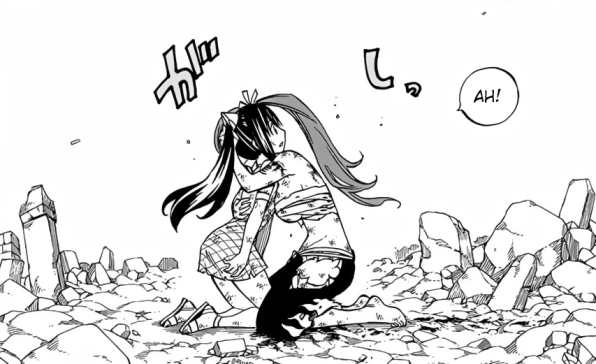 Naruto Shippuden 520 begins with the end of Eileen and her death. Wendy approaches Erza to ask if she’s okay, she mentions that she is going to be okay. She also mentions that Eileen’s story was a sorrowful one, but her parent shall always be Makarov. Wendy mentions that his scent has disappeared from the battlefield.

While the scent of others are still there, so there must be something happening. She does not know that Makarov gave up his life. Erza hugs Wendy as it seems that now she realises that he’s passed on. We move to Natsu and Igneel’s talk as he asks Igneel if he’s doing to die.

Igneel mentions that because of both his Dragons and Demon seed are mixing, he can no longer live as a human. Natsu mentions that he still has a lot of stuff he wants to do. Igneel hits him in the head as he interrupts him. Igneel tells him that he has two options, he cannot allow them to mix. He an either become a dragon or a demon, he must make his decision.

Natsu thinks about this and mentions that it must be obvious to him, he is a human, he is Natsu Dragneel. At this point, he makes the decision and the two seeds within him begin to disappear. He was revived with demonic power, and raised as a dragon, but even so he is a human. His distress over this caused the two seeds to grow, but now it has disappeared.

The land he’s on with Igneel begins to disappear. Natsu wakes up with both Lucy and Happy on top of him. He’s back to normal when he learns that Lucy is half naked, she tried to warm him up. Porlyusica asks if he’s okay now, to which he says that he’s happy Lucy and Happy tried to help him but he’s normal now.

Lucy asks if he defeats Zeref, he’ll also die, but Natsu mentions that there is nothing to worry about. A bunch of stuff went down in his heart that he finally decided that he’s a human, so he should be okay. More importantly, where are Erza and Gray, he feels like he did something bad. Gray is on the room next to theirs with Juvia.

At this point, a bright light appears as, it seems to be affecting everyone in every battlefield. August learns that Eileen has fallen, while Zeref mentions the effects of Universe One are vanishing. The whole land of Fiore and Magnolia returns to normal. Natsu, Happy and Lucy are back in Lucy’s room. Natsu is hyped to get back to Fairy Tail HQ. Fairy Tail 520 ends here.

A pretty good chapter, not a lot of funny business, but the thing about Natsu becoming or being a “human” was a little weak in the sense of delivering it to the readers. Sure the seeds disappeared, but the way it was done didn’t have the best impact. Nevertheless, it seems like a good chapter, and thus I shall wait one more week for next week’s Fairy Tail 521, titled “The Mightiest Mage”, should be good.