Fairy Tail 485 see’s the start of Gajeel vs Bradman begin as the forces of Sabertooth and Blue Pegasus begin their attack back on the evil that is Alvarez. All while Mavis talks to Cana telling her that she is the only one that can help her out. On top of which, Happy is made large in order to help Natsu and others to travel to August. 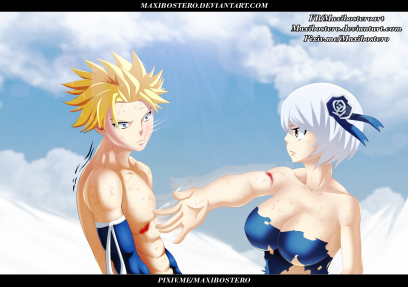 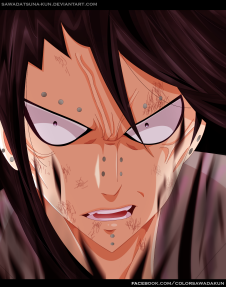 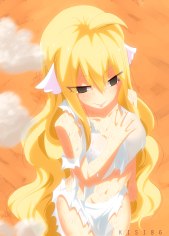 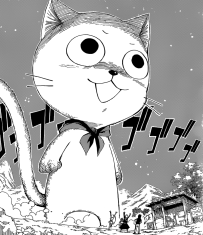 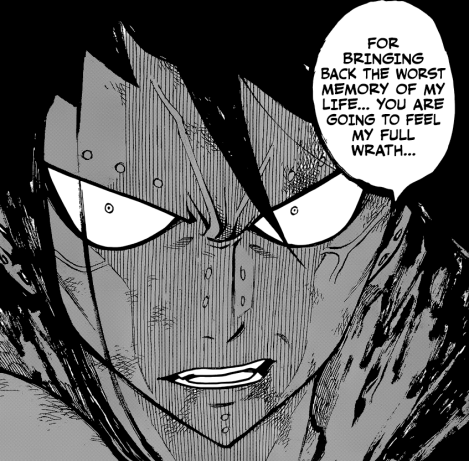 Fairy Tail 485 begins as Natsu and others talk a little about August all while Brandish mentions that if he even tries to fight him, he will be crushed. Natsu notices Mest next to them, he catches up and mentions that they should not be trusting her. Lucy doesn’t want to walk so Brandish has an idea to make Happy large, it allows them to ride him now.

Cana is trying her best to try to crack the crystal coffin, but it isn’t working. Mavis mentions that Cana reminds her of Zera, but then again it seems like she isn’t because she drinks too much. There is only one person that can help Mavis right now, she will have to user a spell, not to attack but to save a comrade.

Gajeel and others mention that there is no end to them. Even after Gajeel uses his Karma Demon: Divine Iron Sword technique. All while Sting is crying all by himself, Yukino stands him up and slaps him, tells him that he is the leader. Sting mentions that those who can till move, to come to him in order to fight. They are tigers who still haven’t eaten their fill,  they’re going to feast for five days.

Even members of Blue Pegasus begin their battle back. Minerva goes on to attack back too using her abilities. Rogue along with Sting also fight back using all they’ve got. Eileen along with others are talking about how they’re fighting back. Bradman walks in as the reaper, Gajeel attacks him to pin him down, for showing him his full wrath he’ll show him his full wrath. Bradman is ready, and so is Gajeel. Fairy Tail 485 ends here.

A pretty good chapter, seems like a pretty tough battle for Gajeel is about to start. It’ll be good to see how this member and his power against Gajeel. Can’t wait for next week’s Fairy Tail 486, titled “The Fourth Guest”, can’t wait.