Fairy Tail 485 spoilers were posted online a few hours ago, with lots and lots of information to with. If you’d like to know what the chapter delivers, go ahead and read on, otherwise everything below this is a spoiler, so stop if you don’t want to know. 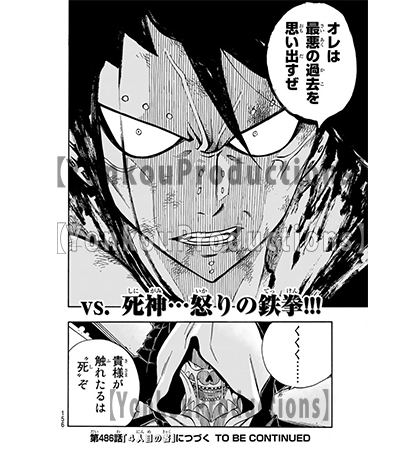 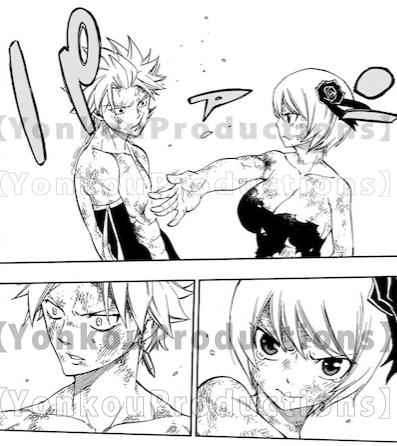 So Fairy Tail 485 begins as Natsu wonders what type of wizard August is, this is when Lucy mentions not to fight, Brandish mentions that once he begins his battle, he will b annihilated the moment he even tries anything. Brandish describes August to be a gentle person, and someone everyone can have a proper conversation with, although his loyalty with the emperor is unwavering.

Brandish herself, doesn’t have an idea on how he can convince him to stop, Mest/Doranbolt is the only one who is suspicious and thus continues to follow them. Lucy asks if they’re going to go to him on foot, this is when they decide to make Happy very large, allows them to travel even faster.

Mavis and Cana are still trying to work with their plan, Mavis asks to attack even more intensely in order to destroy the ice and her body. Cana mentions that she is unable to attack her nakama, even if she is nothing but a ghost. Mavis mentions that Cana is very similar to her best friend, the one who died, Zeera. Mavis then forgets what she was talking about when she remembers that Cana drinks a lot.

Mavis reminds Cana that the only way for her to save her nakama is to use her ability to destroy the crystal coffin in order to release her from this. Elsewhere, we see Sting still sulking as he mentions that he doesn’t think he can win, this is when Yukino slaps him reminding him that times like these is when he should be the support everyone needs.

Sting begins to get confident as he mentions that those who can still move and fight should follow him. He mentions that the lions (referring to themselves) are still famished, and in five days, this is their first meal. Members of Blue Pegasus mention that they can also fight with them. Minerve along with everyone begin their counterattack.

The clash begins as Gajeel and Bradman attack each other. Gajeel asks what it feels like to be crucified. We see the chapter end here as Fairy Tail 486, titled “The Fourth Guest” see’s something. Seems like this spoiler seems very accurate, although I can’t wait to see the actual images. Spoiler provided by yonkouproductions.