One Punch Man anime, definitely something to watch this season as its possibly one of the more hyped anime’s this season. Being adapted from the anime, it follows the story of Saitama who is an average person, who has a bald head with no physique. However, he’s a superhero with the ability to punch and knock out anything and anyone with just one punch.

So I’ll keep this nice and short, the first episode was awesome. As a first impression, One Punch Man is something that I find to be my kind of anime. It has that impact where an average guy can just become this badass guy who can kick some series butt.

So this series is something that I will definitely look into, and I will be watching, and possibly reading the manga, if I really want to spoil it for myself. Nevertheless, I think everyone here should too, It’s probably going to be one of those amazingly anime that everyone will talk about over time.

Anyways, what do you think about this anime? Go ahead and comment down below and lets talk about this pretty awesome and new anime. Also here are some cool screen-caps from the anime. 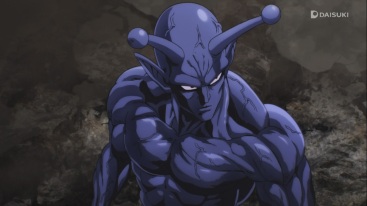