Fairy Tail 253 see’s Juvia against Keyes as she goes on ahead and destroy him from the inside out and thus destroying and killing him. In turn, this means that Silver, who was brought back to life using Keyes’ necromancy power, will have now passed on, yet he leaves something behind which is the Ice Devil Slayer magic in the hands on Gray. 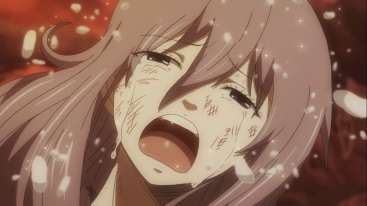 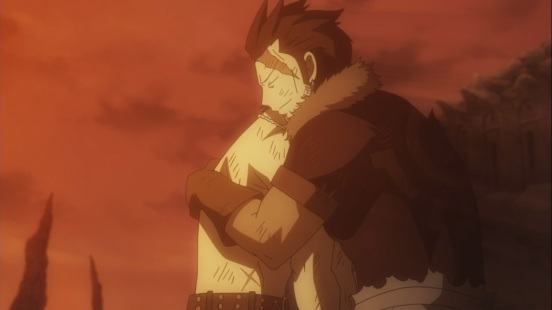 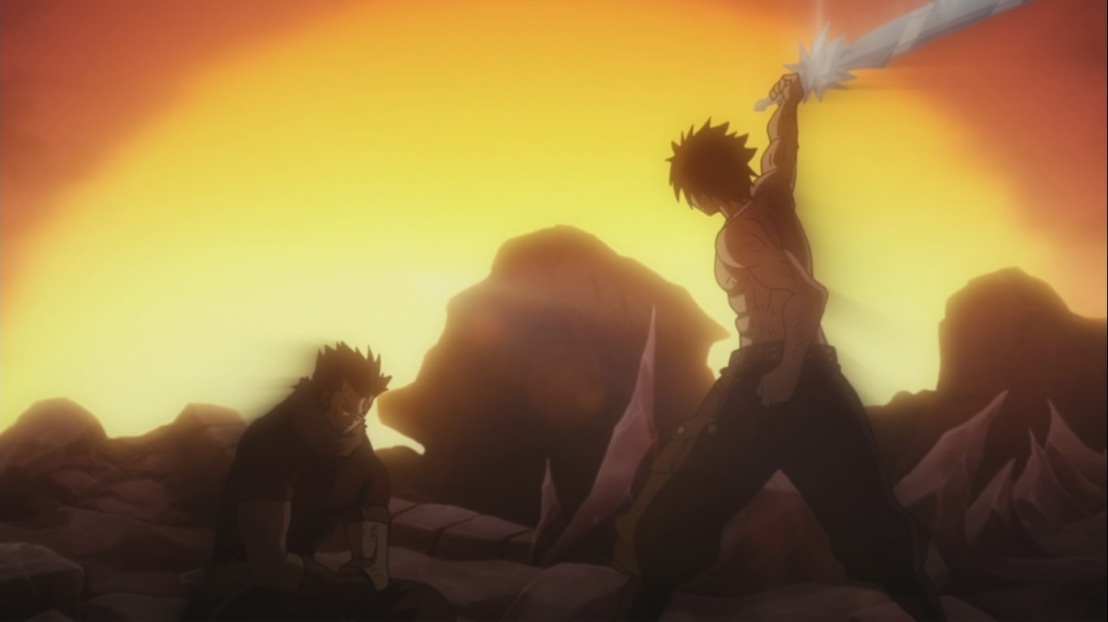 Fairy Tail 253 begins  as Gray tells Silver that he’s not Deliora but in fact his own father. Silver tells him that he is not is his father, plus that fact that he has been waiting for him to kill him. He is no longer a human, nor is he a demon. He’s a dead man, for the past 17 years he has been alive.

Keyes tells Juvia that the false story has begun. Silver tells him that he has been alive for a long time, as Keyes had brought him back as an experiment. He has been going around for a long time killing demons. He saw Gray in the competition previously that he knew that he was all mistaken.

He’s already dead, he just wants it all the end, Silver wants him to kill him so he can move on and meet his wife Mika. Gray goes onto bring his sword out, he gets closer as it seems that he wants to kill him, however he cannot because he is his father. He cries as he cannot kill him. He begins to cry, and so does Silver, he hugs him.

He mentions that he is proud of him as he has grown up to become a good man. Keyes and Juvia fight on, as Silver contacts Juvia, calling her Gray’s woman. Silver tells Juvia to kill him as he’s the weakest of the members, as it will also disable the Chairman from activating the Face weapons.

Natsu and Gajeel keep on fighting Torafusa and Tempesta with all their might. Juvia keeps on getting beaten, attack after attack she can’t do much. However, it seems that what Silver said is for Gray’s sake, if it’s really for him. Erza, Minerva and others try to force Franmalth to tell them where it is, he says he’ll show them.

Juvia and Keyes fight on as he mentions that he has abilities called the Ice Devil Slayer magic, mentioning that he wants to kill them yet they let him into his guild. Juvia gets pissed off by what he says, yet she cannot attack him. He goes on to catch her using his abilities and trapping her in a ball, she’s quickly absorbed as Natsu and Gajeel are unable to do anything.

At the same time, we see that Keyes’ body begins to transform as he doesn’t realise that Juvia is inside his body who begins to expand and grow inside his body. Out of nowhere, it explodes as she mentions that it’s for the sake of Gray. She believes in the power of love and thus shall work on that with Gray.

She’s defeated Keyes, while also saying sorry to Gray for what she’s done. Silver tells her not to tell him about her killing Keyes and disabling this. While Gray and Silver say their goodbyes, to which we then hear that END is a fire demon, while using the passed on Ice Devil Slayer Magic onto Gray to defeat END. Fairy Tail 253 ends here.

A pretty awesome chapter seeing how Gray and Silver were, and to finally see how badass the Ice Devil Slayer magic will be in the hands of Gray. Can’t wait to see how the next week’s Fairy Tail 254, titled “Tartarus Arc: Air” will go.