Bleach 642 changes it once more as Nemuri sets herself into action by using the power of her own soul in order to battle against Pernida. In turn she saves Mayuri from severe injuries while also completely blowing up one of Pernida’s hands. While also she discovers the truth to her real name. 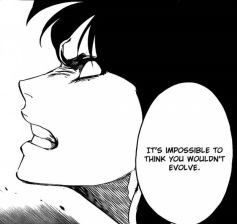 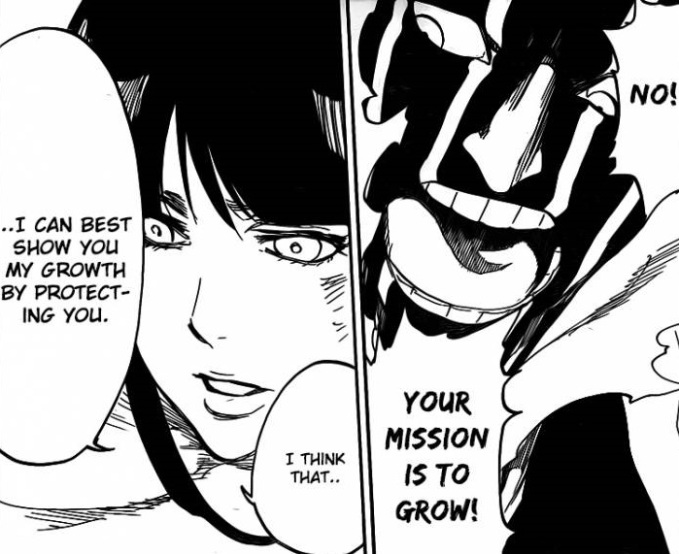 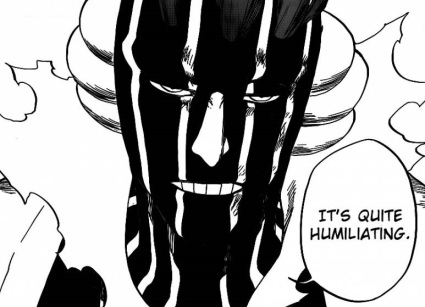 Bleach 642 begins as Akon talks to a young Nemuri as they talk about how Mayuri has not been calling her by her real name, and only just Nemu. Akon mentions that he guesses that Nemu must be hear name when she mentions that her name is Nemuri Nanagou. While she says this, a few flasks go a little crazy.

Kuna was working on them when something happens, she doesn’t know whats going on. Akon realises that these are the samples from the Godly Soul Project “Nemuri”, it was a long time ago. The samples are the first three, which didn’t really work out. The fourth one finally had a brain.

The technology of the fourth one helped him fix a fellow scientists head. The fifth one was able to get to the embryo stage, this technology was used by Mayuri to modify his own bankai. The sixth one grew for 2 years until it died, the cells halted in dividing and died. It was the life expectancy of Godly Soul Cells.

This is why when the seventh surpassed that life expectancy, Mayuri was extremely happy. We briefly see Nemuri jump as high as she could towards Mayuri in order to help him. Nemuri asks why he had stopped calling her by her real name, when Akon begins to mention that he thinks that he is embarrassed.

Akon mentions that he doesn’t think he has those king of feelings, the captain mentioned that the Godly Shinigami new Souls from nothing are the dream of any Shinigami. However, Mayuri mentions that it’s stupid that he’s awake while living a dream, this being his irony.

While Nemuri eat, slept, breaths and grew up, for Mayuri it’s like living the dream. And he’s embarrassed by the fact that he might realise this, seeing as though she gets more intelligent each day. Nemuri asks Akon if she stays ignorant, then Mayuri can keep calling her the Seventh, however it’s impossible as Nemuri is in fact his masterpiece.

Akon tells her that its impossible to think she wouldn’t evolve. We see Nemuri arrive and instantly blow up Pernida using her power. Mayuri asks Nemuri why she has such power, when she mentions that he’s the one who gave her this power. He gave her the body of a shinigami, she has just brought it’s power up to a 0.8 Tissue Collapse.

Nemuri throws Mayuri to one of the buildings, as he mentions that she never knew that she had evolved so much, he finds its humiliating. Nemuri rushes towards Pernida as she unleashes her power of Soul Cutting 6%, she cuts 6% of her soul and directly shoots it into Pernida to destroy it. She uses her Gikon Juurinjuu into Pernida’s hands! Bleach 642 ends here.

A magnificent chapter indeed, as Mayuri takes it easy and Nemuri finally takes to the main stage in order to battle against Pernida. It seems that Nemuri could now actually go all out against the opponents of her choice. Nevertheless, this chapter is awesome, and I can’t wait for next week’s Bleach 643, which will continue on to the magnificent battle.