Fairy Tail and Parasyte see’s a crossover chapter being published as Lucy and Migi enter their own world. Fairy Tail’s Hiro Mashima teams with up Kodansha’s Parasyte for a one-shot crossover manga chapter, which will be published in the October issue of “Afternoon”, on the 25th of August.

Lucy and Migi is the 9th story within the Neo Parasyte homage to Hitoshi Iwaaki’s series. As seen in the images below, you can tell that it’s a story for both for fans of both of these series. If you watch or read any of these series, tell us how you feel about this interesting crossover between a Magical and Horror Crime series. Go ahead and use the comment section down below to tell me how you feel. 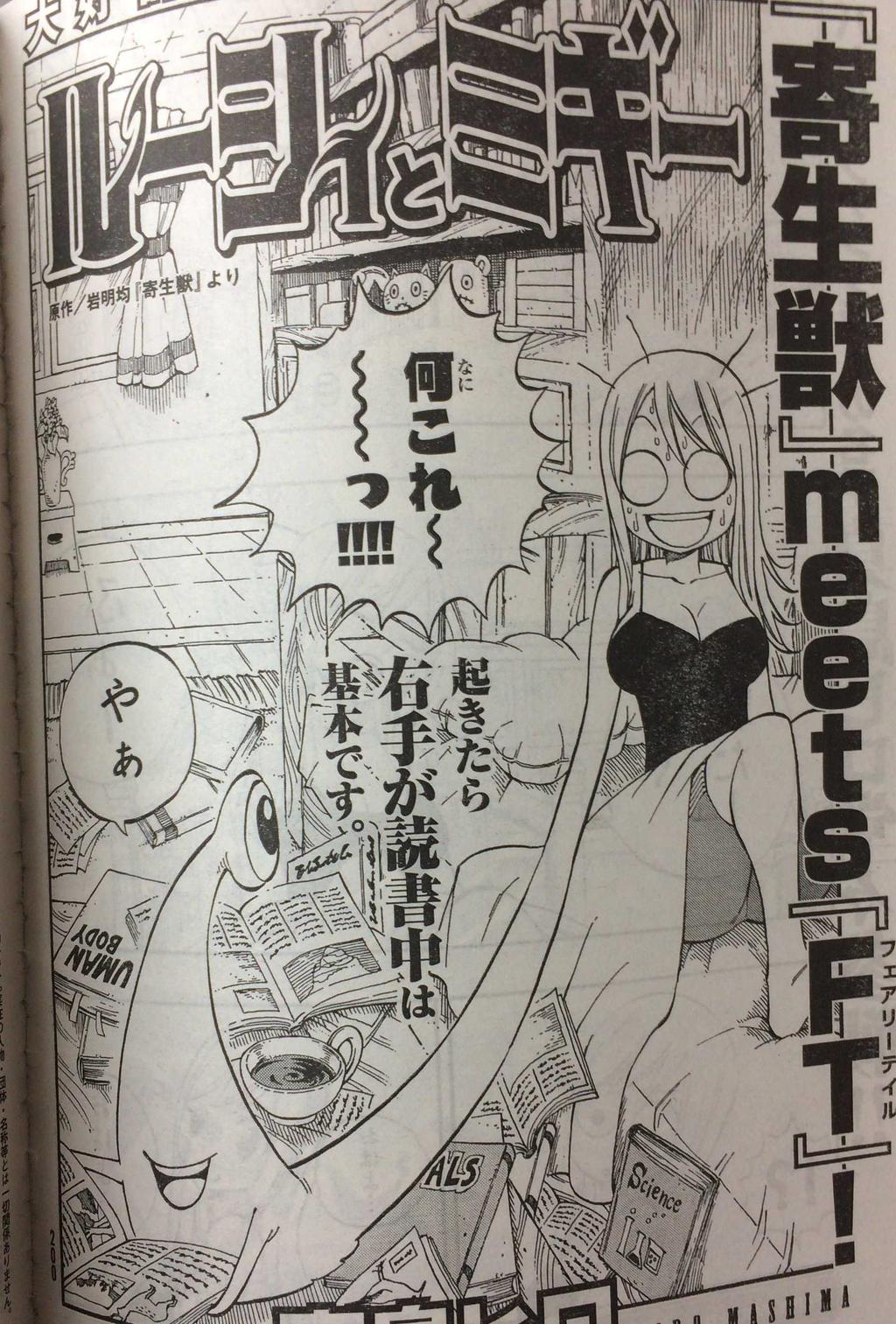