Fairy Tail 441 see’s the introduction of Brandish who is one of the Spriggan Twelve, along with Miron Hollow who kidnaps Lucy and Erza while knowingly take out Mest as he investigates. Natsu and Gray are the only ones left when Brandish, with her massive magic level, appear. They’re shocked unable to do anything. 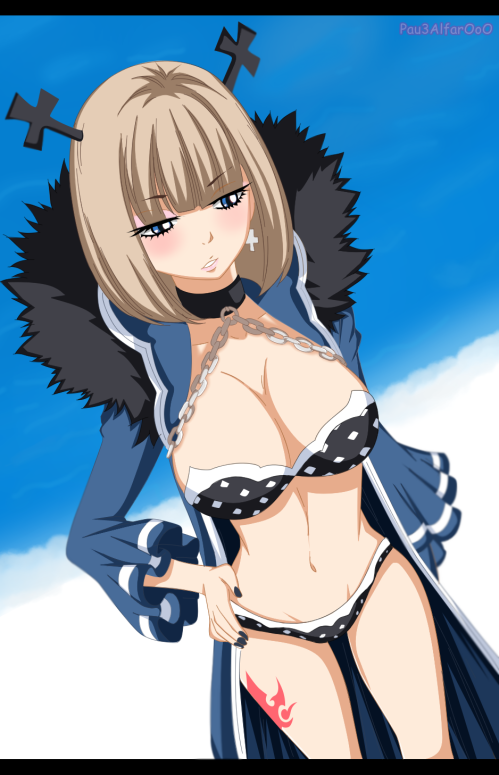 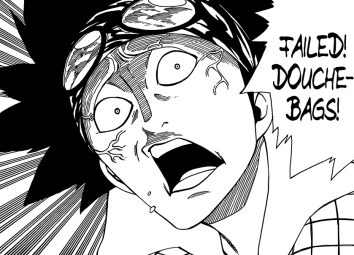 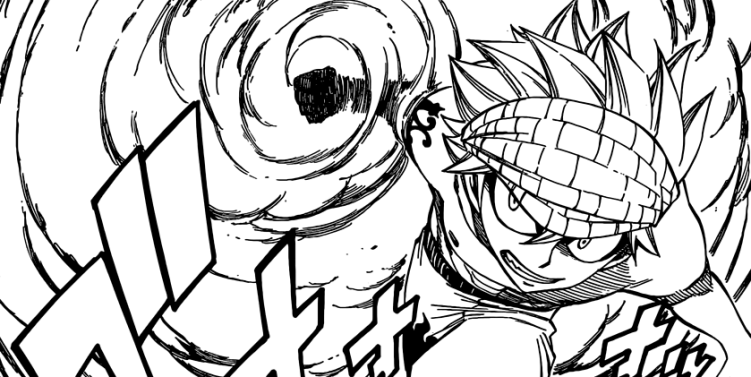 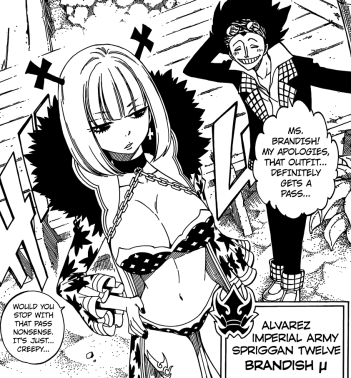 Fairy Tail 442 begins as members of Fairy Tail destroy the soldiers, even more soldiers appear and they take them down also. Wendy, Carla and Happy take the little girl to safety. Erza tells Mest to go ahead and find their contact, it’s a good way for him to go through the island without anyone noticing.

Natsu, Erza, Gray and Lucy all go on ahead and beat up the soldiers, Erza predicts that reinforcements will most likely come sooner or later. Natsu asks if they shouldn’t just ask them about Makarov, Lucy mentions that they themselves wont have any idea.

Erza and Natsu sit down on a gelato shack, to which the old man mentions that he’d like to get some money from this shack and go into Ishgar to spread his manga gelato to them. He’d like to open his number one sweet shop there. Right now, he’s in this run down shack, but he’d like to grow. In seconds of saying this his shack blows up.

Someone appears who seems to have taken the credit for blowing the shack up, he mentions that their expressions all pass so well. He introduces himself as Marin Hollow, a member of the Brandish Squad, from the Alvarez Imperial Army. The old man’s dream seems to have gone to waste.

Gray gives him some money to restart his dreams again. Erza and everyone else is pissed off, Erza tells him to look at their mango gelato vengeance as they’re going to destroy Marin. He laughs it off when Erza tries to ex-quip into one of her armor, but it doesn’t work at all.

He mentions that the space he’s in belongs to him, he mentions that “The Knight” magic which allows her to equip armor and weapons from a different dimensions in an instant, and that they’re wasting their time, all space-like magic is ineffective against him.

Marin mentions that they have passed and that they will now be with him, and that Gray and Natsu are both failed douchebags. Marin clicks his fingers when Mest also shows up, he mentions that he had also used Space-like magic which is how he became known to their presence.

Gray tries to attack but he’s also beat down, he appears above a building when he mentions that those who manipulate space will always come out victorious. A woman appears, Natsu and Gray both notice that this woman has an incredible amount of magic energy. This woman is Brandish U (μ) as one of the Spriggan Twelve of the Alvarez Imperial Army. Fairy Tail 442 ends here.

A fantastic chapter, I was correct in saying that one of the Spriggan Twelve would show up here, and it seems that one strong one has shown up. On top of which I bet she’s a space magic user. Being as naked as she is, I’m guessing the anime will  get seriously saucy as usual. Nevertheless, it’s going to get even better as Natsu will probably try to attack her in Fairy Tail 443, titled “Then The Ground Vanished”, as I believe that the entire island will most likely disappear.