Fairy Tail 217 follows as Lucy and the others enter the Spirit Celestial World in order to prevent what the Celestial Spirit King is doing. However, they find something else altogether, this time in the form as a Celestial Spirit Beast with no true form. It engulfed the all the Spirits that it has become so powerful. 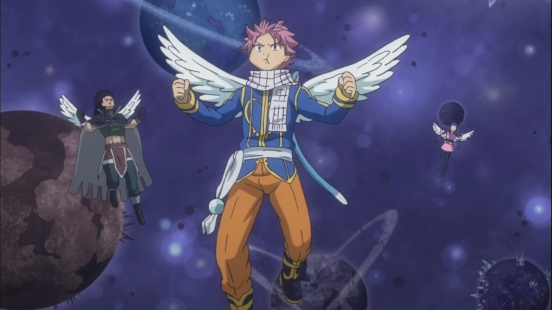 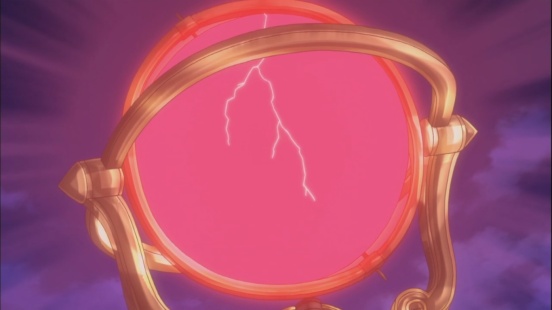 Fairy Tail 217 see’s Natsu finally defeating Ophiuchus as he unleashes his fire onto her, in turn we also see the Celestial Globe crack and break stopping whatever’s going on. The constellations also begin to disappear. It seems that all is fine when Horologium appears and allows them to go into the Celestial Spirit World where there are lots of destroyed small planets and a Celestial Spirit Beast which has appeared.

Everyone is currently being sucked by it’s body, there are 12 balls around it’s head, with all the spirits in them. They also get pulled in, when it does happen the form described to be the Celestial Spirit King, now Beast, becomes a lot stronger. Everyone attacks simultaneously but nothing happens.

Everyone gets pushed back, with nothing affecting the beast, there isn’t a lot they can do. The beast enables its attack on Juvia which turns her into a constellation, Elfman, Cana and Mirajane also captured by this attack. Lily also transformed, Levy also has the same fate. Carla and Wendy also attacked by this. Natsu misses all these attacks, however unable to do anything.

Yukino also becomes one, Hisui and Arcadios too. Natsu throws one of the planets but does nothing as he just breaks it.  Gray tries to attack, so does Gajeel but it doesn’t work. Lucy doesn’t know what to do, she also tries her best but nothing happens. The Beast becomes to use its body to pull everything towards it. Gajeel is nearly caught by the gravity but nothing happens.

From the holes in its body, the beast pushes out the same green wastes it did before, everyone is affected to a point where they’re all attacked by it. They’re pushed down for a while, however Natsu stands up as he smelled Loke’s scent. He now decides to face the green thing, he catches a lot of speed by circling a planet and launches himself into the body of the beast. Fairy Tail 217 ends her.

A good episode, a little change from the current format as they face a formidable enemy now. And Natsu will most likely screw up the beast from inside. Can’t wait for next week’s Fairy Tail 218, titled “Believe” when we see what happens to the beast when Natsu is inside it.