Fairy Tail 210 is better than expected as we see Scorpio and Cana battle each other in a card game time manner, reminding me off other card based animes. Both have 4 lives to which are reduced when directly attacked, Cana is at a disadvantage when she places cards such as Nappy Dragneel and Gildarts! 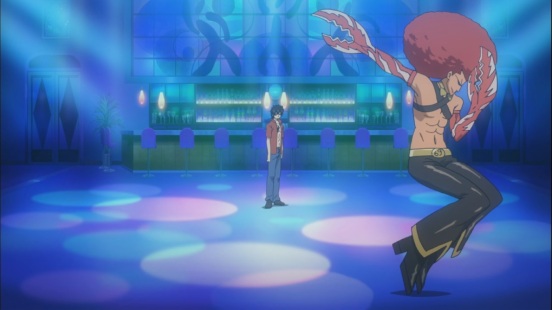 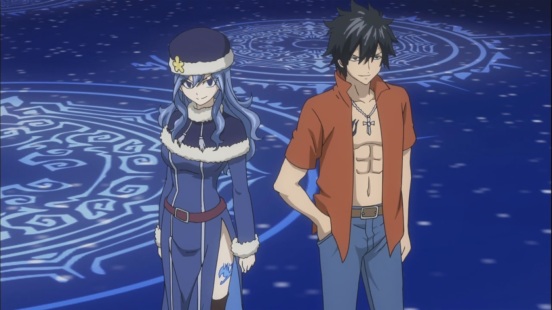 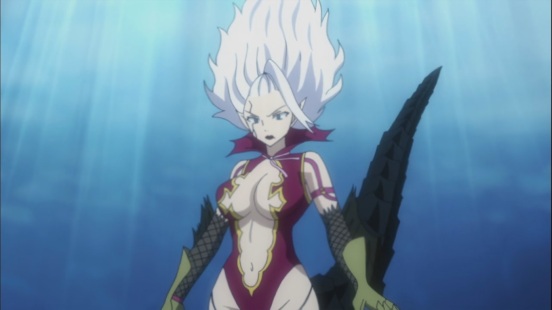 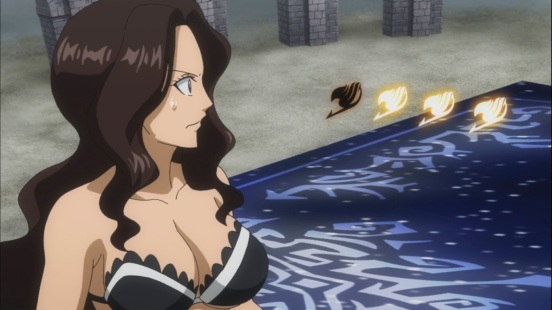 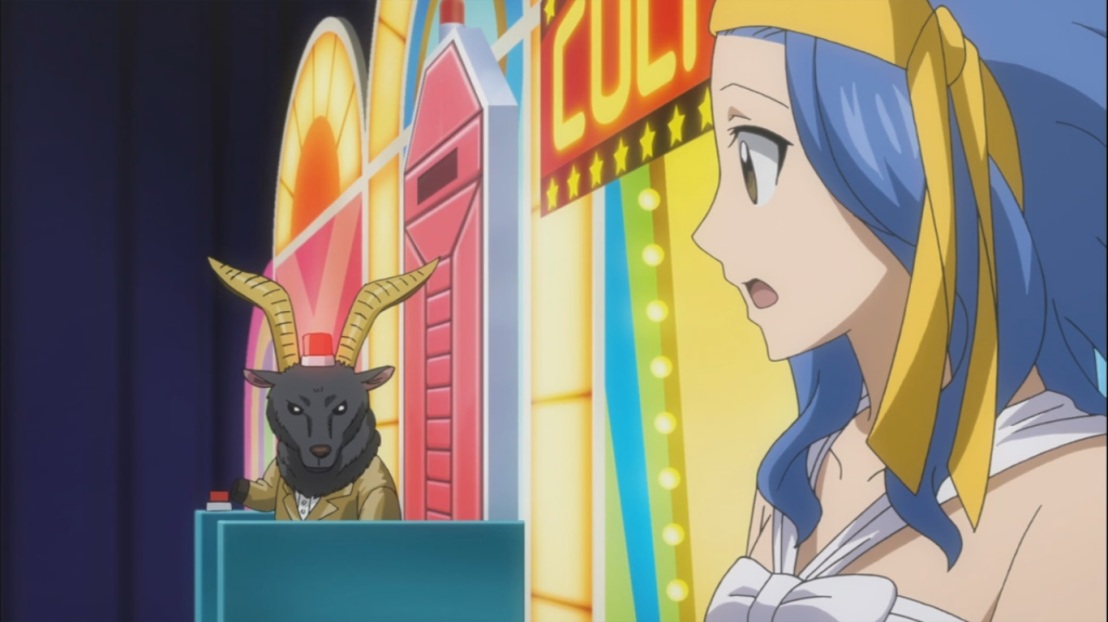 Fairy Tail 210 begins with Levy and Capricorn, they begin their first question as with Levy quickly locking in, however she gets the answer wrong and quickly gets into the penalties. Cana and Scorpio go ahead as Cana lost a live from the first attack.

She begins to understand the game, they’re using their own guilds as players to play against each other. She gets her cards ready and unleashes an attack. Bringing out Carla and Happy out, she puts two cards as hidden. Happy attacks, however Scorpio has a card up his trick where Virgo appears.

Libra is brought, she defeats Carla. Elsewhere, Lucy and Virgo are attacking each other. Cana uses Wendy’s tears and brings out Juvia and Gray out. Lucy and Erza are brought out. Juvia attacks, Virgo is there to defense to which Capricorn appears.

Cana receives a hit and loses a life. Cana is attacked by the special card that was spaced, Juvia, Lucy are both attacked. Elsewhere, Gray and the Crab are dancing. Cana is attacked directly only having one life left.

Mavis is brought out, to which it prevents the continues attack from the special attack. Then two more Happy’s are brought out. They’re put into the bin, Natsu appears, Gray removes his shirt and both Ice and Fire mix. They both make a mistake as Loke both old and new appear.

Happy is brought back, to which it combines with Natsu making Wing Nappy Dragneel to which it directly attacks Scorpio without ever getting hit. Aries appears, attack Gray. Loke then attacks Nappy when Scorpio regains all of his lives again. Cana releases her S Class card which turns out to be Gildarts! Really happy to see him! Fairy Tail 210 ends here.

A fantastic episode, one which I enjoyed, and it’s awesome to see Gildarts once more, even in his card form. It was a good episode, better than most. Can’t wait for next week’s Fairy Tail 211, titled “Gray vs Cancer! Dance Dance!” when everyone keeps on fighting, with Gray even dancing.