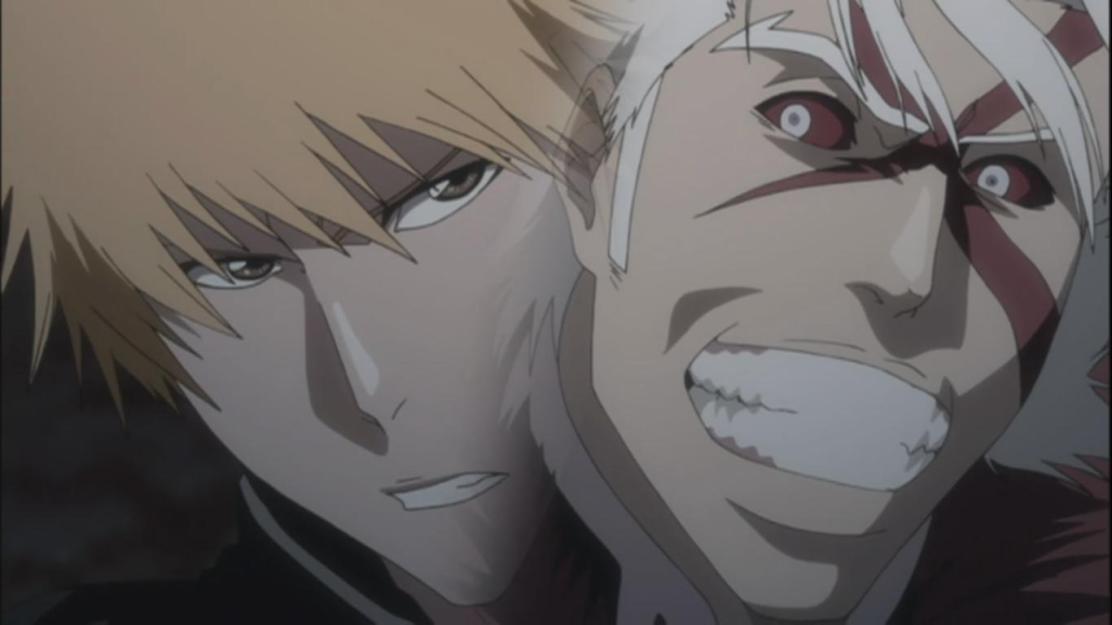 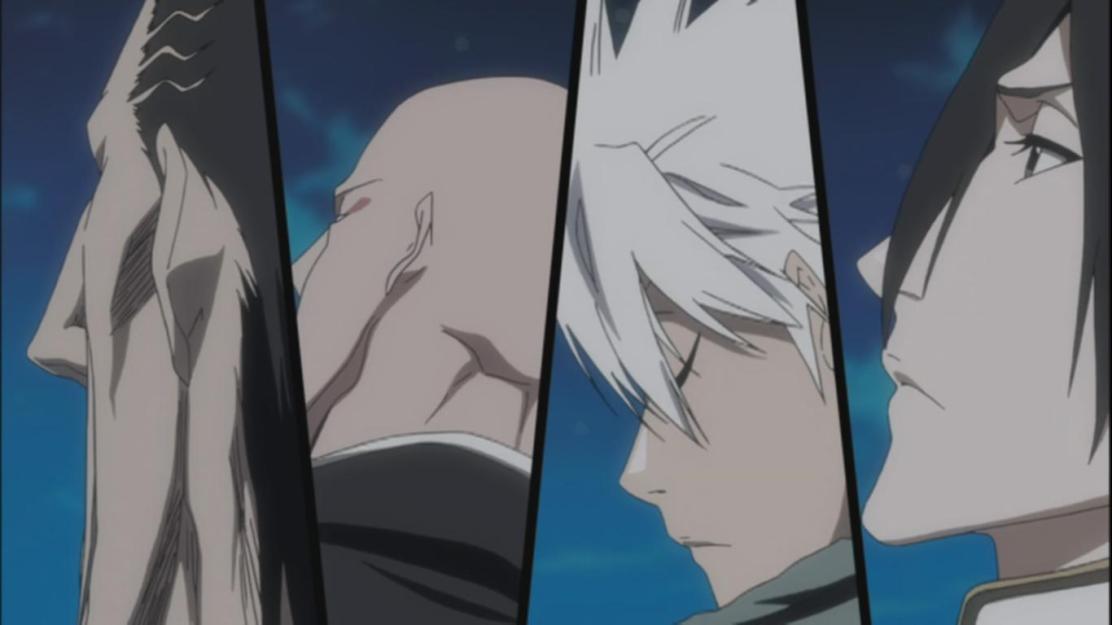 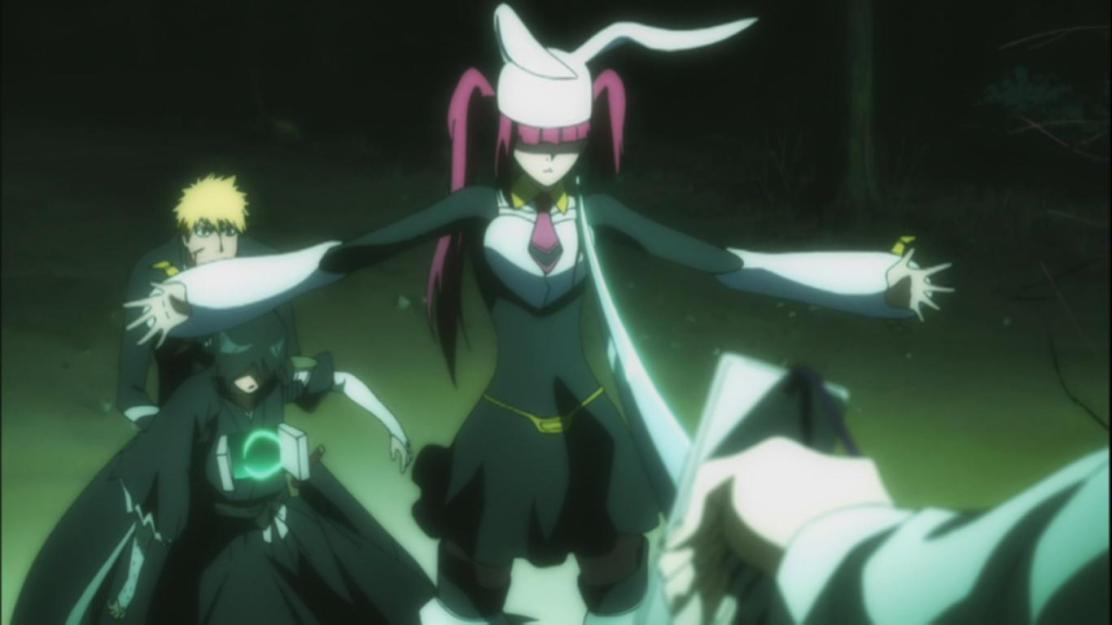 There couldn’t be a more fantastic episode which brought The Lost Substitute Shinigami Arc to an end. Ginjo is defeated by Ichigo, Tsukishima angers and tries to kill Ichigo while Riruka pops out from Rukia’s chest to stop Tsukishima. Riruka gets on her way while Ichigo goes to Soul Society to get Ginjo’s body to give him a proper burial.

We start the episode as Ichigo keeps on fighting while Toshiro, Byakuya, Zaraki and Ikkaku watch to see what Ichigo’s decision is. They do this and return back to Soul Society, Rukia interrupts them to ask why they aren’t helping. They remind Rukia that they originally came there to see what Ichigo’s choice was.

We carry on with Ichigo and Ginjo’s fight as Ichigo jumps from place to place very quickly. At most points Ginjo is able to block the attack but unfortunately not be able to get a hit on Ichigo. Ginjo thinks of how he wanted to crush the Shinigami’s who betrayed him. He had expected Ichigo to argue with his plans, but at this point Ichigo is no where near angry, he seems as thought he wants to understand how Ginjo works, and look at the situation from his perspective.

Ginjo launches a Cero from the point of his sword to find out that Ichigo has the power to directly stop it only by using hand. Ichigo raises his sword and cuts him with a direct attack. They both fall to find that they’ve broken the ground. They both keep fighting for a few more seconds, when Ichigo strikes Ginjo and breaks the top of his sword. Ginjo then falls to the ground as he’s unable to fight any longer. He wonders if they both would have been friends if the situation was different.

At this point, Tsukishima comes out from no where to attack Ichigo from the back, Riruka senses this, as she’s located within Rukia’s chest. She opens the door and pops out to sop the attack from Tsukishima. She tells him to face the facts. They couldn’t save Ginjo, as he saved them. She then states that the only person to save Ginjo was in fact Ichigo.

A small past part appears where Ginjo is telling Tsukishima that instead of going by himself, he should tag along with Ginjo so they wouldn’t be lonely. Tsukishima says that Ginjo had tought him everything, from using his powers to fighting. But one thing he didn’t teach him was what to do when he had died. He chokes blood, Tsukishima finds Shishigawara in front of him who’s there to help him. He realizes that he is no longer alone.

Yukio see’s Jackie Tristan. He compliments on how she’s alive and how that’s nice. Yukio notices that Jackie’s Fullbring Dirty Boots have been completely turned useless. Jackie had found Giriko’s watch and dead body, so she had buried them together. She also mentions that he had died with his powers and how much envy she has for being able to die with her Fullbring abilities.

Riruka wakes up as she heal from her injuries. She see’s Ichigo, Rukia and Orihime there. Ichigo mentions that he wasn’t able to find anyone else from the Xcution  as they may have either died or gone their own way. She turns to her side to find Orihime cheering her along as well as crying as she’ fine and not hurt.

We return to the Soul Society. A report comes to tell Yamamoto that Ichigo is there as he needs to talk to them. All other captains find out about this and gather up in Yamamoto’s chamber. Ichigo walks up to them to find out that Kensei, Hirako and Rojuro are there. The chamber opens.

Ichigo requests Yamamoto that he wants to take Ginjo’s body for a proper burial. Hirako appears to tell him that he shouldn’t such a thing as he had hurt his family and friends. He then asks if he would forgive such a guy. Ichigo replies that it isn’t about if he is forgiven or not. He’s family and friends are fine now and no longer in danger. He then replies that he wants to do this since he is a fellow Substitute Shinigami, and that Ichigo will continue to be a Substitute Shinigami.

Ichigo starts to take the body of Ginjo back to where he should be buried. He says he’s goodbye’s and that he and Rukia will seen each other more often from this point on. Ichigo runs through the port and the light beam goes up. As the episode end, other captains and friends of Ichigo look at the light that shines up.

Ichigo returns to Karakura Town to find he’s friends below him waving at him. His father, Isshin and Urahara as well as Yoruichi are all looking at him. He waves and looks at the sky. The episode ends with how Bleach Episode 1 started.

The episode ends here. This could possibly be the last Bleach Anime Episode! Here and Now! The episode was great and all but it’s possible that the anime version wont be aired anymore. Ichigo has really grown really powerful, and amazing that the story is making other characters involved, which I like. There is one more Arc left “The Thousand-Year Blood War” which isn’t going to be a let down! Anime needs to be back!