Fairy Tail 537 clearly shows that the pop and fizzle of Fairy Tail has long disappeared. This chapter focuses on the relationship between Zeref and Mavis and how their love has indeed contradicted each other and caused both to pass as they’re both about to die from their curse. All while Makarov comes back to life only to prove that Fairy Tail is a series where the plot armour is thick and unbreakable. 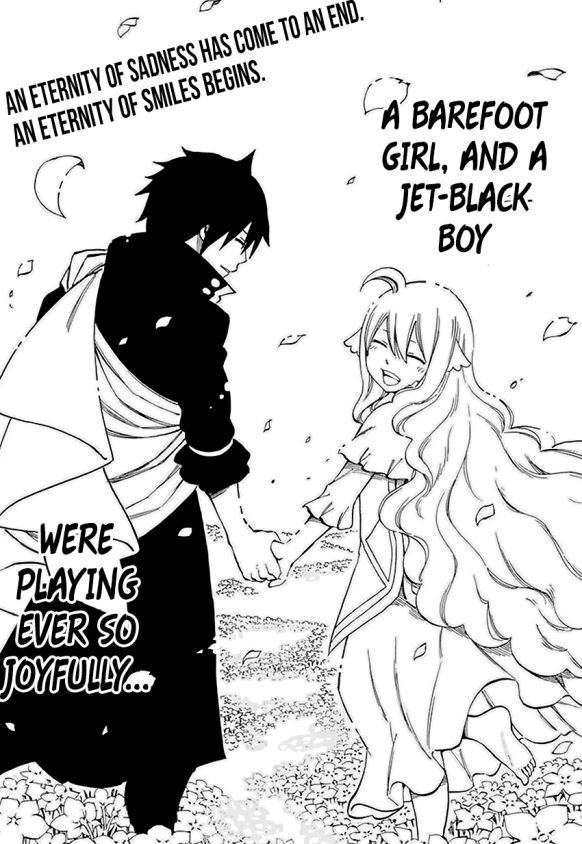 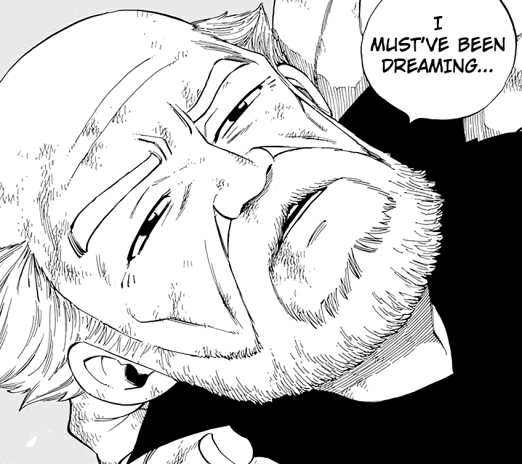 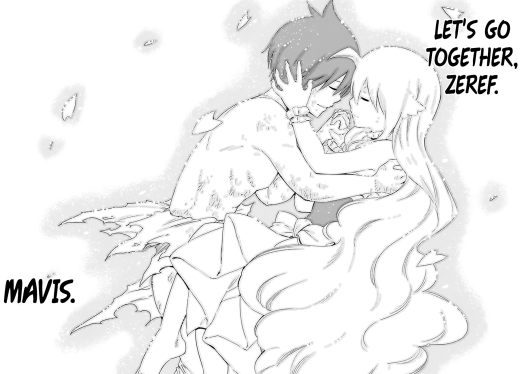 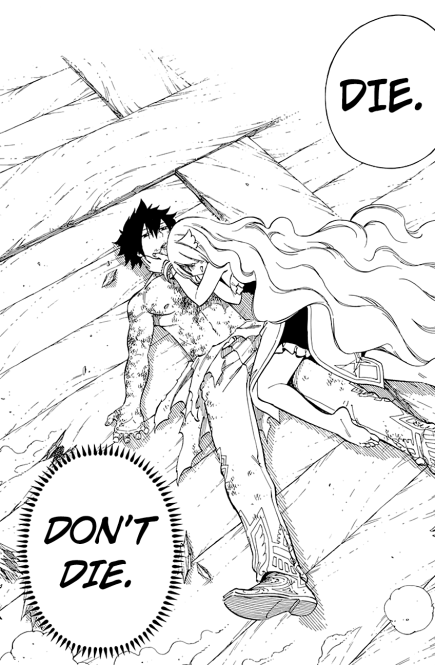 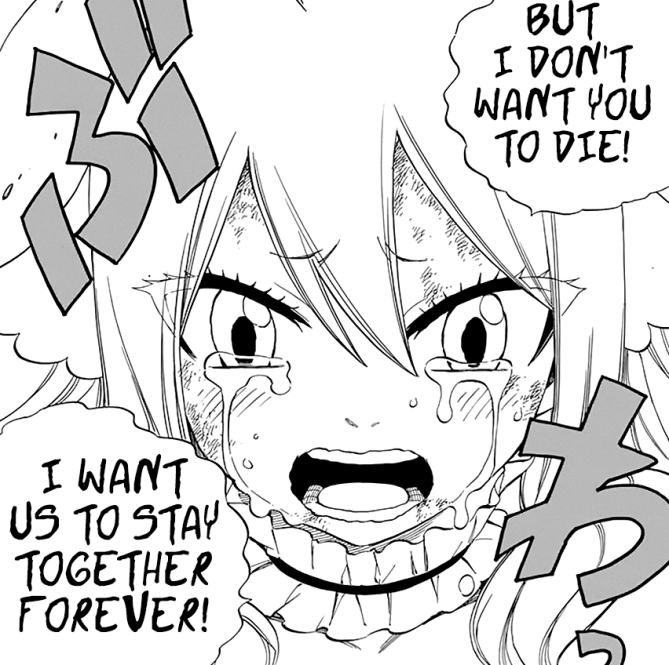 Fairy Tail 537 begins with Mavis and Zeref, he cannot move himself. Mavis mentions that he cannot forgive him for what he’s done to Fairy Tail. Zeref mentions that it doesn’t matter as he’ll just heal up again. Mavis talks about how because of the laws of contradiction, her life was taken away from her.

Mavis didn’t have enough strength to love, Zeref’s emotions against Mavis were nothing more then just passion, rather it was just contradiction. She goes on mention that because of Zeref, they met, saved Magnolia, Fairy Tail was founded, and yet she was killed and imprisoned within the crystal.

He hurt her friends and family in Fairy Tail. She goes on to mention that she loves him so much but hates him at the same time. She cannot deal with it, that is when she mentions that she’d like for him to die, but her thoughts differ. She starts bashing and punching him but it does nothing as she cries for him to never show himself again.

She kisses him, Zeref mentions that he’s so very happy, he’ll finally be able to get some sleep. A large light shows up as it seems that they both love each from the very bottom of their hearts that they both begin contradicting each other. Both seem to be passing on together! Zeref mentions that it’s so warm, and that even an immortal cannot best the unifying magic known as love.

Out of nowhere, we see that Makarov come back to life (can’t they freaking keep a dead character… dead?) mentioning that he had a dream, Laxus cries while Makarov goes on to mention that he saw a barefoot girl and a jet-black boy were playing ever so joyfully. Fairy Tail 537 ends here.

A somewhat disappointing end to the curses of both Mavis and Zeref. Although somewhat an okay death for the two, I would have wanted something a little more from this, it just doesn’t feel like a good ending for them personally. There’s 9 more chapters, I hope something good can be done in that space including next week’s Fairy Tail 538, titled “When The Flames Die Out”, lets see what happens next.