Boruto 1 is the first episode within the world of Boruto: Naruto Next Generations anime. I’ll be covering this show on a weekly basis whenever it gets released, which seems to be on a Wednesday. Boruto 1 focuses on his story as he finally gets ready for the first day in the academy. 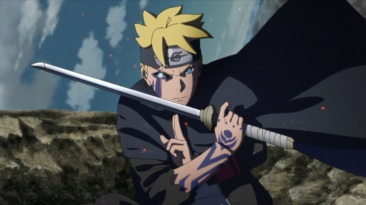 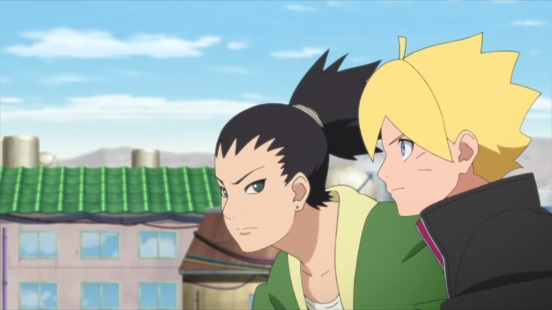 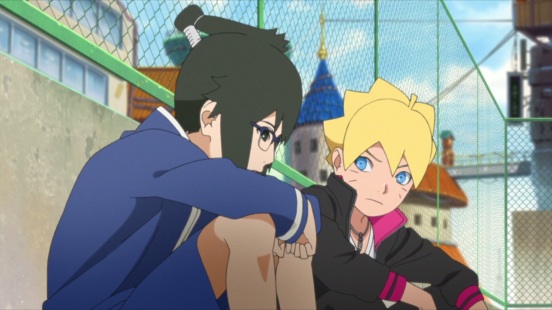 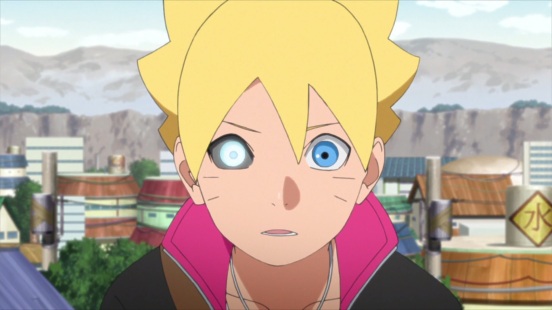 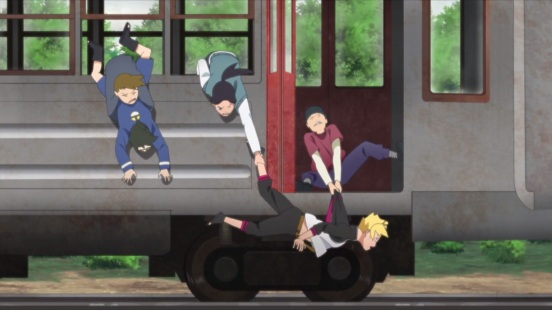 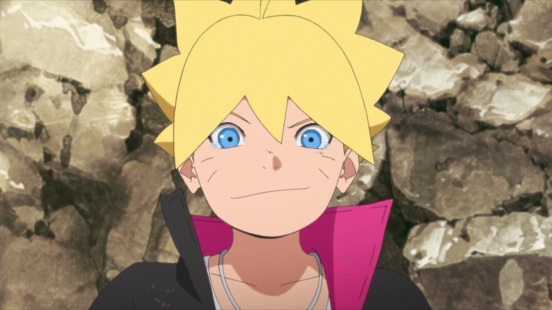 Boruto 1 begins as Boruto vs Kawaki unexpectedly begins as they fight on the faces of the previous Hokage’s. Kawaki tells Boruto that the age of shinobi is over, Boruto takes out and wears his headband mentioning that he’s still a shinobi. But before, Kawaki tells him that he’ll put Boruto the same place the Hokage is.

Naruto and Shikadai run through the city, they go on ahead to get some food. Shikamaru and Naruto discuss their next meeting and such, seems like Naruto will do another all nighter. Boruto and Shikamaru ride on a train passing by the Leaf. They talk about the academy in which they’ll be starting tomorrow. Shikadai leaves, Boruto notices that a kid is getting bullied.

He intervenes as the scared kid, Denki, both try to run as more of the other kids show up. Denki mentions that tomorrow, they’ll just ask for more money. Both of them introduce each other, seems like Denki is part of the Kaminarimon Company who releases consoles and games, Boruto asks for an early release.

Denki mentions that his dad had contributions during the war, thus he’s become well known and has a lot of money. He’s forced to follow everything his parents say. But Boruto goes ahead to mention that he should just ignore his dad, he should stop being a wimp and teach them a lesson. When talking about his mom, Boruto realises that he needs to get home quick before Hinata freaks out.

Boruto gets home and see’s both Hinata and Himawari waiting for him. They made some food, seems like Naruto isn’t home as he has work to do, Boruto complains about this as Boruto doesn’t understand the meaning of what it takes to be a Hokage and shinobi, he gets pissed off. Denki on the other hand tries to face his dad but he’s told that he’s the heir of the company and should learn to become stronger.

He’s upset by this as he’s forced to become stronger. A evil spirit bites onto Denki and takes over his personality. The next day, Boruto goes to the academy when he notices a mysterious aura around Denki, somehow Boruto’s enabled his own eye and it’s powers. Denki tries to get his bullies to get on a train then traps them inside.

He’s got them, Boruto also follows. Denki describes the trains as faulty and that he wants two trains to crash and kill them. Boruto realises that something’s wrong, he even sees the aura. Boruto tries to wake Denki up when he see’s something wrong. He gets on top of the train and tries to change the cause, but falls and forces Denki to break away from the evil spirit, he saves him and changes the course.

They’re saved for now. It seems that the trains getting slower as one of parts of train dislodge and crashes. The academy begins to do its attendance, but Boruto is not there. He shows up in style as the train heads directly for Naruto’s face on the wall. Boruto is to blame here, Denki now see’s Boruto as his friend.

Naruto see’s that there’s been a lot of damage, even the owners of the trains send a message that he’ll pay. The next day, Boruto meets up with Denki as they all go into school. Seems like Boruto’s happy to go to school and train, Denki also mentions that he wants to put machines and ninjutsu together. Boruto realises that this is his story. Boruto 1 ends here.

A pretty good start to the anime, also seems like it followed the first bit from the manga but everything else is quite different. On top of which, Boruto’s story seems to be a lot more vibrant as the city is much more detailed and better to look at compared to before. Anyways, Boruto 2, titled “Hokage’s Son”, sees some fights and how Boruto will do.