Fairy Tail 508 doesn’t seem to pull any punches as we get to see some of the more minor stories around other guilds within the battlefield, if you want to know what happens, read on otherwise stop as spoilers follow after this. 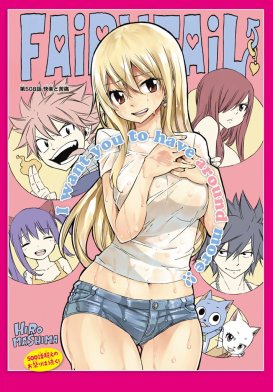 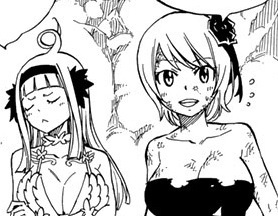 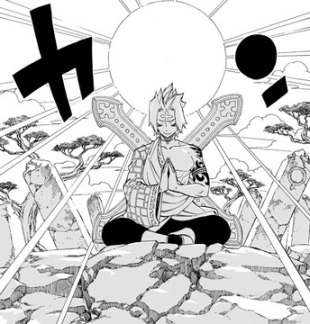 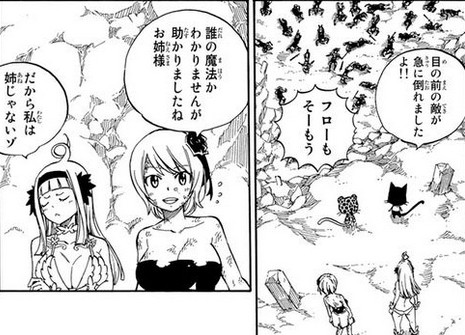 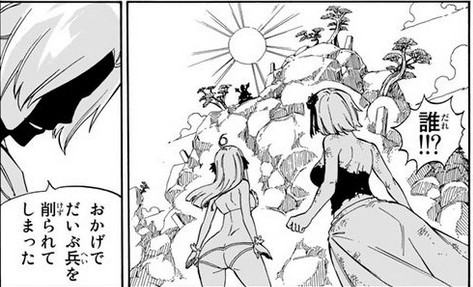 Fairy Tail 508 begins with Minerva and Rogue as both celebrate with the fact that their opponents are vanishing, they were corpses to begin with, it seems like they were the ones who defeated them, or their creator was defeated so it doesn’t really matter as victory is victory.

Rogue asks what that light was, Minerva mentions that the light was Makarov’s strongest magic, Fairy Law, it destroys anyone who is considered as a enemy, she is relieved that they made peace with Fairy Tail. Rogue asks if they were all taken out, but it is not as Spriggan’s forces still are left, but still their own forces don’t look any better.

Lector and Frosch are together, it seems like the enemies have collapsed next to them too. Sorano and Yukino are also there, it seems they are both thankful for the magic that was used. Larcade appears and mentions that it was quite flashy. Yukino asks who he is, he mentions that many of his forces have been defeated, if he doesn’t do something about it, then he won’t be able to look into his father’s eyes.

Yukino mentions that he is one of the 12, Larcade mentions that he shall pay them back for it, thus he begins shining a light in front of them. August comments on Larcade’s magic as he reveals that it causes his opponents indiscriminate excess of pleasure, which gives them the agony of death.

Kagura tells Larcade that she can’t believe he is a supporter of Black Mage (reference to Zeref here?), Larcade mentions that he isnt’ a supporter, he is his father. Fairy Tail 508 seems to end here as Larcade is about to attack Yukino.

A pretty interesting chapter, it’s nice to see that we’re getting some well needed concentration on the others within the battlefield apart from just the main Fairy Tail members. Spoilers by folks at Mangahelpers. Anyways, Fairy Tail 509, titled “Kagura vs Larcade” see’s them fighting, should be really good.