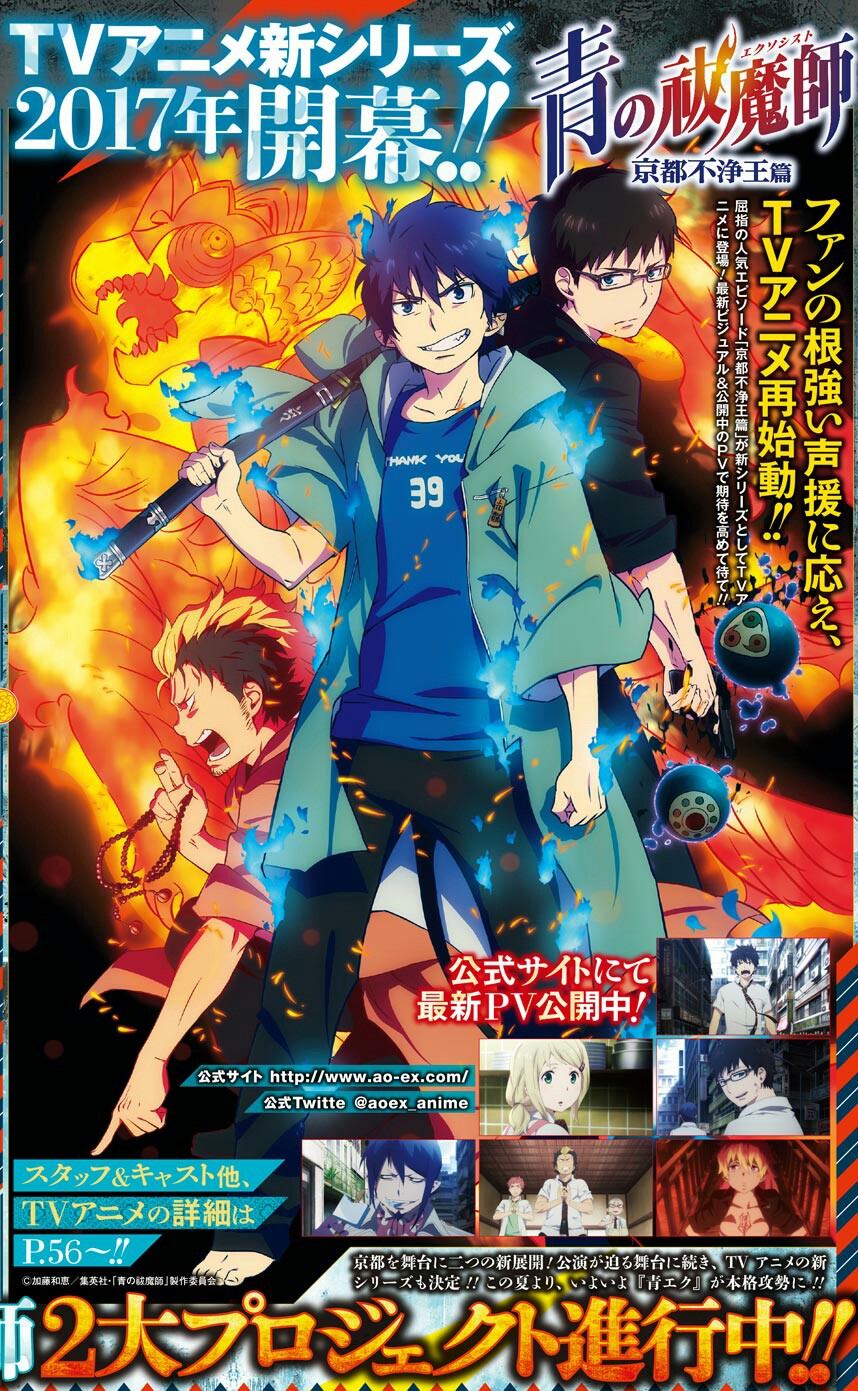 The magazine also reveals new key images drawn by the original author Kazue Kato along with new cast members for the series, this includes:

If you haven’t seen the teaser trailer yet, you can watch it below, also a new promotional video/teaser will air on Tuesday, be sure to look out for it.

With the great news that we’ll get Blue Exorcist 2 in January, which isn’t too far away, there is a lot of hype building up for the series. I personally can’t wait for the anime after watching the anime so many years ago. Nevertheless, the latest season shall definitely be awesome. So what do you think? Go ahead and comment down below telling me and others what you think.