Early Fairy Tail 501 manga spoilers have been submitted online, and this time, it seems like we’ll be getting an intense fight within this chapter, if you’d like to know what happens, keep reading, otherwise spoilers ahead. 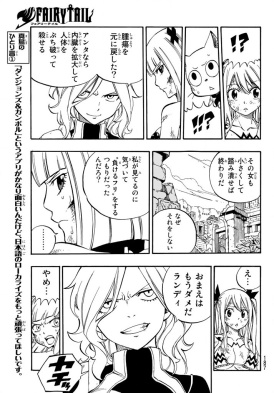 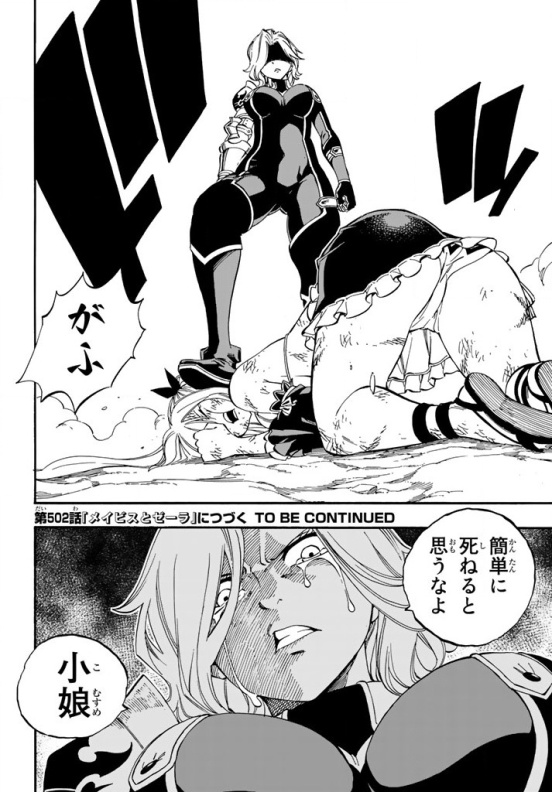 Fairy Tail 501 see’s Natsu, Lucy and Happy trying to fight against Brandish’s words, but she doesn’t want to let them go and interfere in their business, thus she manipulates Natsu’s tumour size to become it’s true and original size, it means that Natsu has now collapsed due to the fact that the tumour is big enough to hurt him in this way.

Lucy tells her to return it to normal to save his life, but Dimaria shows up, she clicks her teeth and time is frozen, she takes the time to hurt Brandish, and resumes time, which then we see as Brandish has numerous wounds, she falls to the ground after she could have easily defeat all three of them by manipulating their bodies to make them explode or be crushed.

Brandish falls to the ground, but Dimaria still has business with Lucy and Happy. Thus Lucy goes on to try and fight against Dimaria, but none of it works as Dimaria can easily use her abilities. Dimaria catches Lucy out using her ability, this is when Dimaria puts Lucy’s head on the ground as she mentions that she won’t be killed so easily, this happens as Lucy grovels on the ground helplessly. Fairy Tail 501 ends here.

I shall update this post reflecting the new summaries and images provided online. Fairy Tail 502 will be titled “Mavis & Zera”. Images provided by YonkouProductions.

So what is your opinion on the fact that Brandish is probably now on the verge of death and Natsu nowhere to be seen. Be sure to comment down below telling me and others what you think.