Fairy Tail 488 see’s Gajeel’s goodbye to Levy and Lily as Bradman sucks him into the netherworld, she tries to take him back but Gajeel stops her, he says his goodbye with his love in his heart, leaving everything to Lily. Acnologia meets up with Eileen as the battle between these two begins. On top of which, Mest brainwashed Brandish into stabbing August which releases August’s powers. 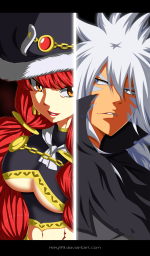 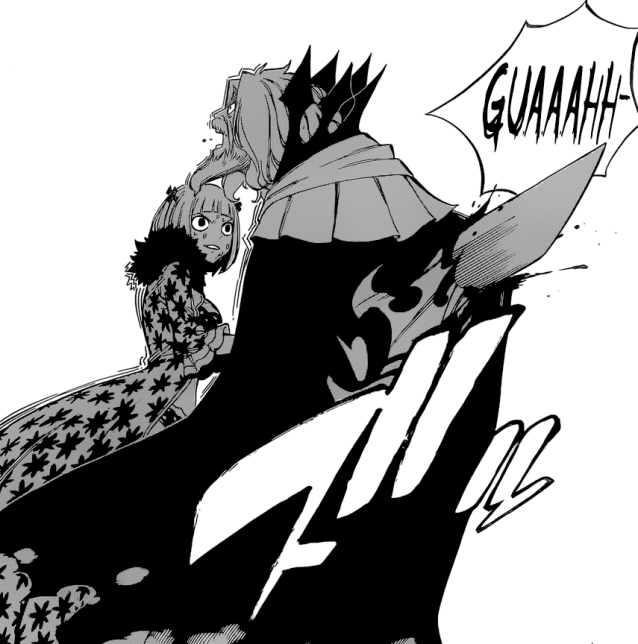 Fairy Tail 488 begins with Gajeel getting sucked into the portal, Levy tries her best to step in to try get him back. But Gajeel mentions that his body is full of magic particle, if she touches him, she will also die. Gajeel creates some restrains which puts pushes her back into a rock, but she escapes, she tries to get him but Lily appears and stops her.

Gajeel begins his speech my mentioning that she brought out all the best parts of him, she had taught him what it means to love, and for that he will be eternally grateful. For the first time, he has been able to think about stuff he has never such as the future, a family, happiness and so on. He hadn’t even thought that the great Gajeel would have considered acting like a respectable, competent adult.

He really did want to walk side by side with her, everything he has faced, having it all snatched away from him in such a way. Gajeel mentions that she entrusts his future to her, she has to live to the fullest for his and her sake. Gajeel asks Lily to get Levy back to the guild safe and sound. Gajeel disappears as both Levy and Lily cry out for him.

Elsewhere, we see that Acnologia senses that only 6 Dragons remain. Eileen appears as she mentions that Acnologia sure is terrifying, Eileen seems to want to fight against him, thus Acnologia wonders if she will be any entertainment to him. Brandish along with the others try to get him to listen.

The war seems to be nothing more than a one-sided war and a massacre, thus Brandish tries to make August listen. August even notices Natsu that there is something going on. He agrees to it, Brandish smiles calling her grandpa, but then she pulls out a sword and expands it while holding it against August’s body. She stabs him, we quickly learn that Mest planned memory inside Brandish. August mentions that this is their way of resolving things. Fairy Tail 488 ends here.

A pretty great chapter, seems like it’s setting up some great fights which will follow. Specifically, August against Natsu and Brandish, while Acnologia vs Eileen. It’s going to be awesome, can’t wait for next week’s Fairy Tail 489, titled “Universe One” where we might even see August’s power.

Leave a Reply to LPEAST Cancel