Naruto Shippuden 452 see’s Itachi grow up during the time when Kurama attacked the village and had to head to the shelter when he saved Sasuke and a girl. On top of which, he went to the academy and his growth was shown when he fought his upper-classmen and won against them. We see Itachi grown up as he will  graduate early in comparison to others. 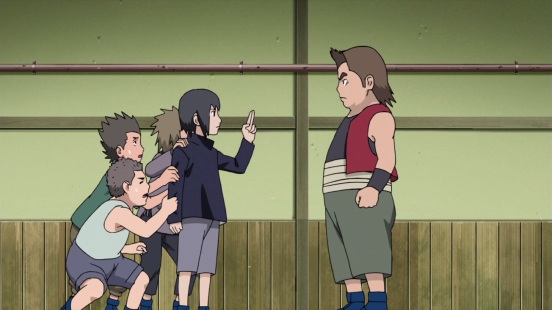 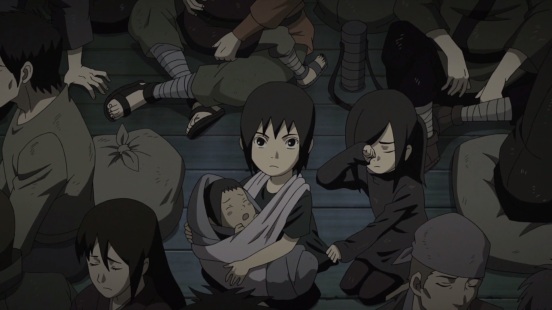 Naruto Shippuden 452 begins with a repeat as Kurama goes wild in the Leaf village, he is with Sasuke when it all begins as he goes to the shelters with him and the girl he saves. We see the Leaf get rebuilt when Itachi’s father steps in and mentions that it’s not fair on them as they are the police force and thus should not be placed in the outside.

Everyone in the Uchiha begins to go wild about the choice, but for now they have to deal with it. Itachi’s father teaches him the Fireball Jutsu, in mere seconds, we see Itachi create a small then a big fireball in seconds. They go to their new section of the village when he notices that it seems that they’re locked in.

Itachi joins the academy, and from then on, he quickly becomes the smartest and strongest. He’s even adored by the ladies in his class. Later that day, we see an upperclassman and him fight, he beats him down and gets back to class. We see two sides now, one with his friends and another with Itachi as he meets Shusui.

We see Shusui teach Itachi a few things when we see another Itachi along with his friends get hit by the upperclassman, we see Itachi get hurt and disappears as he used a Shadow Clone Jutsu. It seems that when he was with Shusui he realises what had just happened and thus begins to go back. After a while, we see Itachi known to have learnt great new jutsu’s and progressed well. He graduates into the next year even faster than anyone else. Naruto Shippuden 452 ends here.

An okay episode, we see Itachi’s side on this and it looks pretty good. Further to next week’s Naruto Shippuden 453, titled “The Pain of Living” covers Itachi as he goes on a mission or two with a few new people. Can’t wait.