Naruto Shippuden 446 repeats everything between Naruto and Sasuke as we see both of the battle against each other, from the first moment when Naruto fought Sasuke and created the black object to Sasuke somehow killing Itachi when striking with his powered Chidori, history repeats itself. 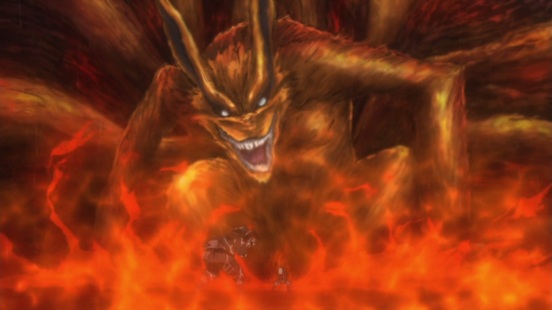 Naruto Shippuden 446, well I don’t really know what to say except for the fact that the whole arc now is pretty boring, even if it’s bringing back some important moments within the story, it’s already been shown once before.

On top of which, I can’t count the number of times Naruto and  Sasuke fight because it’s just increased by a few number in this episode alone. All while seeing Yamato, Sai and others in their masks.

On top of this, we even see that Sasuke somehow killed Itachi, for no apparent reason for which we then saw the episode itself end with Sasuke getting and obtaining the Mangekyou Sharingan.

Overall, the episode seemed decent to me, I’ll be waiting for the actual series now till I begin narrating properly because I can’t really waste my time with episodes like these, nevertheless next week’s Naruto Shippuden 447, titled “Another Moon, will see Naruto and Pain, and so on.