Fairy Tail 458 see’s Erza vs Azir as we go on ahead to see Erza use her abilities which were provided by her Wind Armor allowing her to attack and defeat Azir. All while he enables his Sand World covering Magnolia in a lot of sand, everyone carry’s on their battles while also noticing the sand coming out of nowhere. 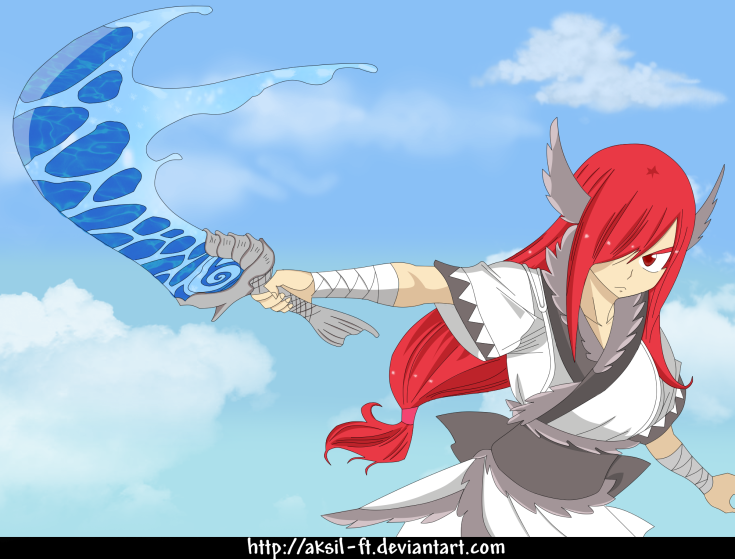 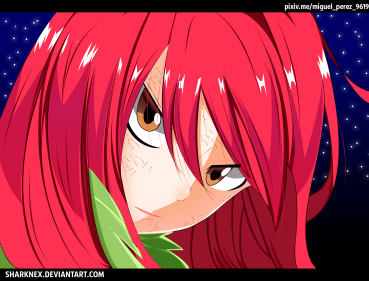 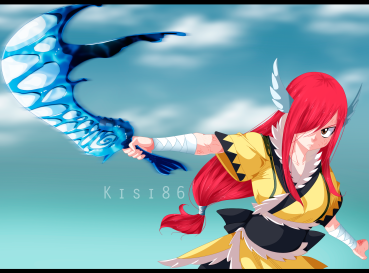 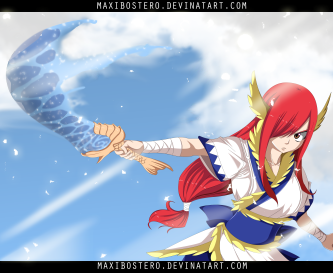 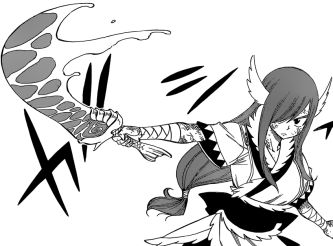 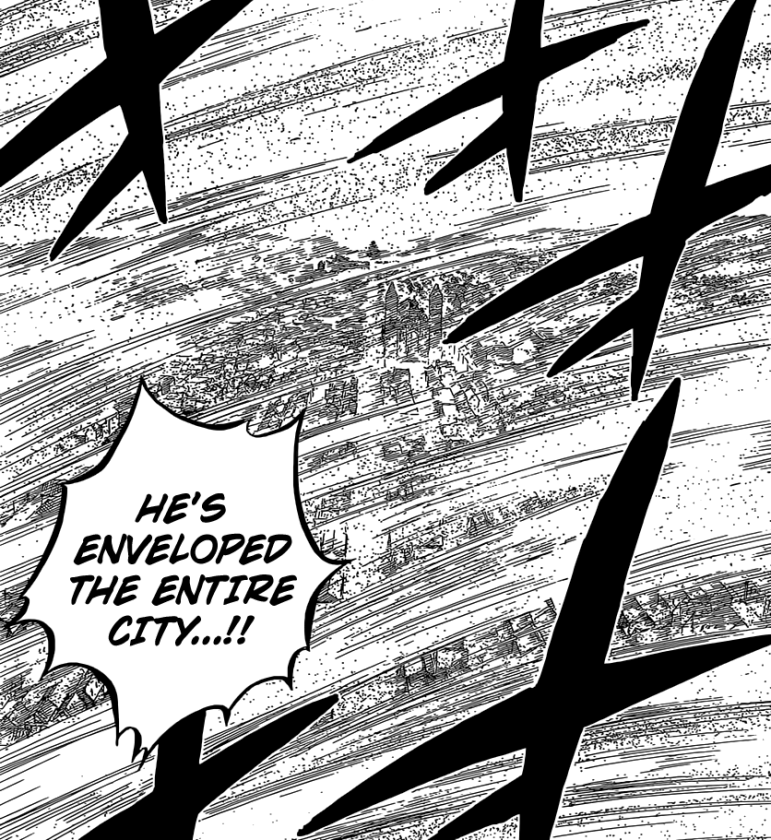 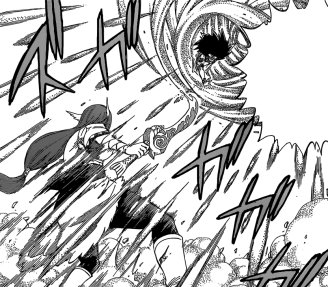 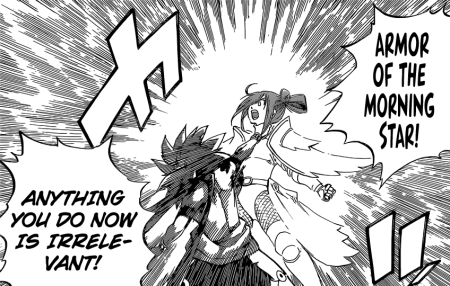 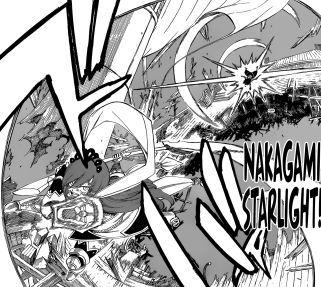 Fairy Tail 458 begins with Azir getting hurt by Erza’s attack, he wonders why he’s even hurt when no weapons can hurt him, Erza reveals that her blade is in fact made of water. The sword is made of poseidon which hardens sand. Azir mentions how dare she do such a thing to a god.

He collects sand when Erza just uses her other sword of Wind to remove all the sand away from her. She quickly mocks him when he initiates a sandstorm which covers everything. He tells her that it’s in fact cover the whole city as Natsu along with others are hit by it too.

The other members of Spriggan 12 also know that Azir is using a strong attack, and that he’s possibly facing a strong opponent. Along with all the sand, many people have no vision of whats going on. Erza figures this out as she realises that they’re facing some really strong opponents.

Azir welcomes to the world of Sand, saying that he’s a God. He releases a an attack which spews out a number of sand attacks called the Ramal Sayf! It kicks back Erza as she is lifted by Azir as he mentions that she will not win, he is just too strong, she tells her to worship him as a god and to beg for forgiveness.

Erza’s strength begins to lose her power as she realises that she will never call him a God, whoever he is. She mentions that her guildmates will never bow before him because they know what it is they truly ought to believe in. She changes into her Armor of the Morning Star.

All while Azir enables her Ramal Fa’as, he goes to attack while her armor glows bright. While this occurs we see Biska with her canon, she notices a light from the sky, she notices something and quickly aims and fires! She attacks all while Erza is massively hit by this attack! Erza changes into her Nakagami Starlight using it to defeat him, the sand storm disappears. Fairy Tail 458 ends here.

A wonderful episode, seeing Erza defeat Azir with the help of suck a huge canon is fantastic, however, he’s not dead yet, so he could possibly come back and kick some ass. Furthermore, I can’t wait for next week’s Fairy Tail 459, titled “Weakness” when we continue with this battle.