Fairy Tail 247 see’s the defeat of Seilah by the hands of Mirajane and Elfman while also seeing Fairy Tail trapped by the activation of Alegria by the hands of Mard Geer. Using his abilities, he punishes Kyouka and traps all Fairy Tail members while Lucy is the only one to not get trapped here, she’s all alone. 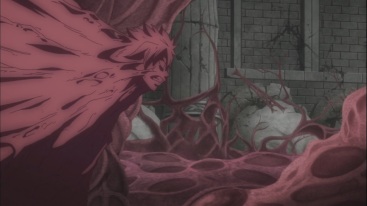 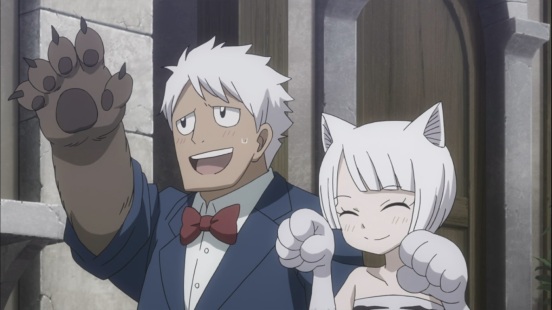 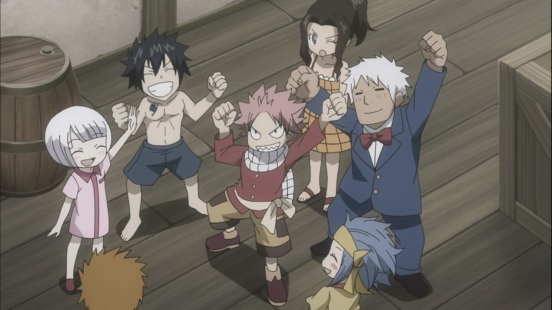 Fairy Tail 247 begins with the battle between Mirajane and Seilah as it seems that Mirajane is quickly losing ground. Seilah attacks and hurts Mirajane really badly, she begins to rip her body as Mirajane is unable to use her takeover abilities. We see Mirajane’s past when they were very young.

They were driven out of their village once Mirajane showed signs of being a demon. They moved to Magnolia and were met with Makarov where he told them that what she has on her hand is a Satan Soul, it’s not an infection, it’s something that allowed her to have it and activated as she had demon powers.

After some time, everyone is having fun except for Mirajane, Erza tries to introduce herself but she realises that she doesn’t belong there. She needs to do her won thing when Lisanna and Elfman catch up to her when she tries to leave. They show her their Animal and Beast Soul, they try to say that they will always be with her and protect her.

We return to the fight when Mirajane tries to use her Take Over to control Seilah but it doesn’t work. Seilah tries to get rid of Mirajane but she had already taken over her abilities as she had previously use her commands to ask Elfman to defeat her. Elfman appears out of nowhere and smashes Seilah to the ground defeating her.

Kyouka talks to Mard Geer as they find that Seilah and Hell’s Core have both been defeated. Kyouka gets punished for trying to play with the humans during her time with Erza. Mard Geer tries to teach her a lesson to never displease him. She learns it well when he goes on to talk about his plan.

Warren connects everyone telling everyone that Mirajane is safe, we also see Happy tells Makarov that Hades told him to release the light, he realises that it’s a reference to Lumen Histoire. We hear that Mard Geer has taken over his telepathy, she grants it and releases his weapon Alegria.

The whole cube begins to change as it begins to trap and change every room. All the member of Fairy Tail are trapped, as well as members of their own cavalry. It begins to trap everyone as Plutogrim is the real form of the cube Tartarus is on. We see that the Tartarus members are still alive, while only one members remain from Fairy Tail, Lucy. As expected. Fairy Tail 247 ends here.

An interesting episode indeed, how will Fairy Tail get out of this predicament as they’re all trapped and their only chance to get out is to somehow get Lucy to do something. Next week’s Fairy Tail 248, titled “Attack of the Celestials”, see’s Lucy and Aquarius fight against the oncoming members of Tartarus.