Fairy Tail 246 see’s an addition to the current Tartarus Arc as we follow Jellal as he tries to convince members of Oracion Seis to join in his battle against Zeref and currently Tartarus. The real leader of Tartarus, Mard Geer, reveals an even stronger demon called END which he’d like to activate to bring back Zeref. 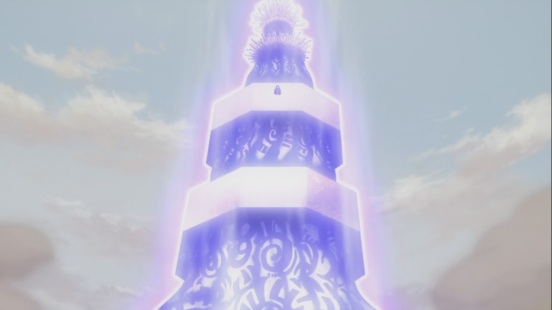 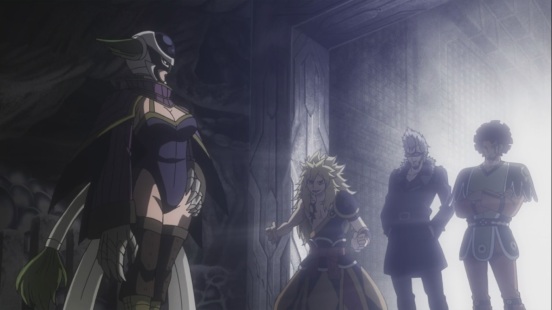 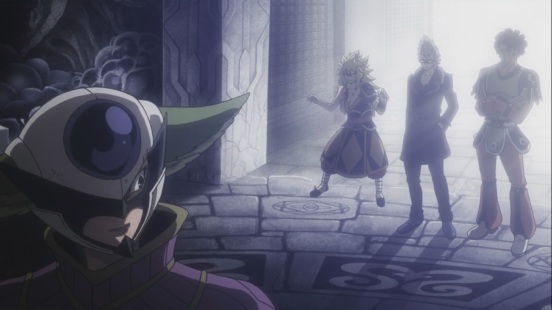 Fairy Tail 246 begins as Jellal still seems to be temporarily blind, while his body is very damaged after the battle. All while members of Oracion Seis are waiting outside for him as they try and decide what they should do. Racer wants to do his own thing and go on out while Midnight and Cobra are thinking of their own thing.

Angel figures out that she wants to follow Jellal, even while they’re free. Midnight mentions that he’s done serving people. They quickly see another member called Rusty Rose who was member of the Grimoire Heart, Cobra notices that what he’s saying has something wrong.

We go to the past when Rose along with two other members Zancrow and Azuma just jump into action and try to destroy the entrance which is Tartarus. They meet with Kyouka as she sits down with them asking what they have here which they want. They mention that due to their actions in taking out Grimoire Heart-sub groups, they’re pissed.

They ask for half of the Dark Guilds that they took over, that said, the Balam Alliance will be reinstated. This will mean that they can go their own way after that. However, Kyouka see’s through this and just puts Rose on the spot as she raises his pain receptors and tries to hurt him just by throwing rocks at him, this reveals that he’s been using the Arc of Embodiment magic.

He is forced to hurt himself even after using his other abilities. Then notices something behind her where he gets scared and beat down. He quickly realises that Tartarus are more then he imagined. He tells the others that about this when Jellal appears, he mentions that his mission is to get rid of Zeref.

While asking Oracion Seis for their help, they mention as members of the Balam Alliance, they cannot attack Tartarus for their own respect and thus do not follow them. Jellal and Meldy go on along as he mentions that they on have their own wills for what they want to do, this is when Cobra hears him out and realises that he must do something here.

However, out of nowhere we see Rusty Rose appear and try and attack both of them, he uses one of his own magic, Dimguil’s tower as he asks Meldy to join him in his new guild where he shall rule over. He will use his abilities, this is when Meldy tells him that he’s living in the past, what he should do is move on.

Jellal tries to attack, however members of Oracion Seis appears and tell him to take his bandage off, he does so and looks upon members of Oracion Seis where they have finally come to help him out. They took out Rusty Rose as they mention that if he’d like to join him, he can. We see Natsu and others try and find Mira, while Mard Geer talks about his own master END. Fairy Tail 246 ends here.

An okay episode, I’m not quite sure if this part of the series was in the manga, but still it was a good addition to the current arc. Nevertheless, next week’s Fairy Tail 247, titled “Allegria”, see members of Fairy Tail fight back against Tartarus as well as seeing more of Tartarus master Mard Geer.