Fairy Tail 240 see’s the destruction of Fairy Tail HQ when Sayla activates her bomb lacrima, all while Jellal fights against the members of Oracion Seis to gets them to join his quest in fighting against a common enemy, Zeref! Crawford transfers the key from Jellal to himself when Kyouka stabs and kills him leading to Face activation. 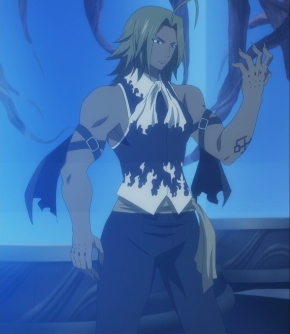 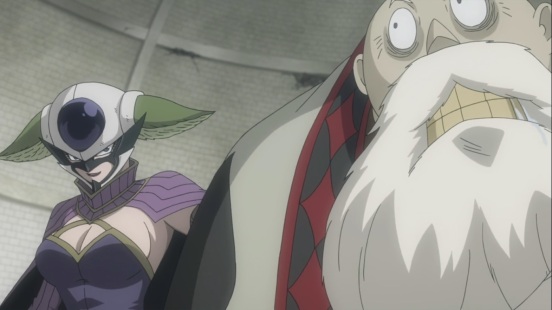 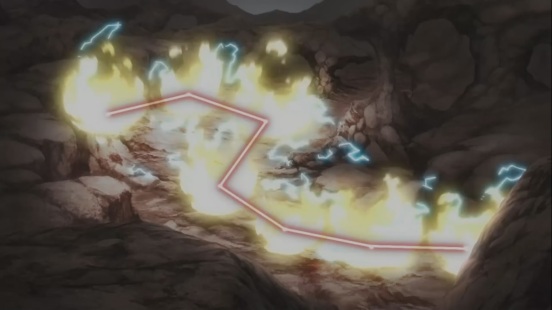 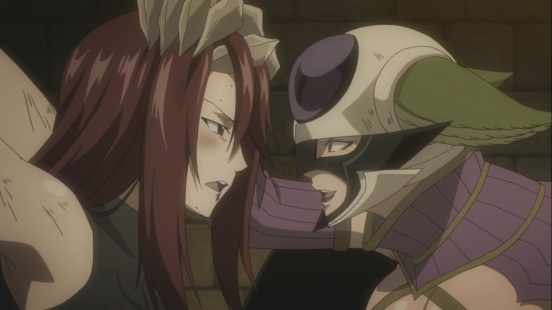 Fairy Tail 240 begins as Tartarus’ base keeps on moving towards a certain location. Silver appears with some cold water for Lisanna due to the hot weather. She drinks it when Natsu asks for some food. He also asks who he is, while mentioning to Lisanna that he smells like Gray.

Crawford is trying to find Jellal to which he needs more time. All while Erza is being tortured in the most worst way possible, she keeps on fighting back trying to say to give Mirajane back, on top of which her punishment is increased. Jellal battles against Oracion Seis.

Zero is activated when it pierces through Jellal’s body, all while Crawford finds out that he can do something special. Jellal seems to have been hit badly, to which Zero comes by and smacks him to the ground making him vanish. Crawford has done something to which he finds to be even better.

Out of nowhere, we see Jellal come back to life as Midnight’s nightmare was unable to do anything as Jellal kept his eyes closed. Jellal calls upon his Grand Chariot and unleashes his Sema which blows up everything in that area including the members of Oracion Seis who fought.

He gets close to them asking to join his guild, it will allow them to become good and fight a common enemy, to defeat Zeref! Crawford seems to have transferred the key from Jellal to himself, meaning that when he dies, Face will be activated. Out of nowhere, Kyouka appears and kills him, this initially activating the Face weapon as it’s unsealed, the cube they’re in begins to shake.

Elfman has the lacrima in his hands under Fairy Tail. The face activation begins as it wakes up from the ground as it’s unsealed, Franmalth mentions that they cannot activate it from where they are, they need to do it manually, they think only the chairman, who is dead can activate it.

We meet a new member called Lammy, who has revived Tempesta, as well as Jackal using their own regeneration abilities. Tempesta seems to have forgotten. Minerva also appears in her Demon form as she’s fully transformed into a demon. Furthermore, they have Mirajane captured, to which Lammy wants to change her appearance.

Elfman meets Cana at the base of the HQ, when Levy finds that the position of Tartarus is right above them, it seems that they’re above the HQ. Fairy Tail prepares to fight while the lacrima is about to blow up. Seconds later, we see Fairy Tail HQ blow up while Tartarus cube floats above them. Fairy Tail 240 ends here.

A fantastic chapter, and it seems that members of Fairy Tail could have died, or have they really. In next week’s Fairy Tail 241, titled “Tartaros Arc: Demonic Reincarnation”, we see that members of  Fairy Tail have somehow been transported to the Tartarus HQ, while the battle between guilds have finally begun.