Fairy Tail 437 see’s everyone reuniting with each other in order to bring Fairy Tail back. Lucy wonders if anyone actually got her mail to meet back in Magnolia, they all meet and say hello to each other. Then raise the Fairy Tail flag as they all reunite to bring the guild back to the wonderful Magnolia. 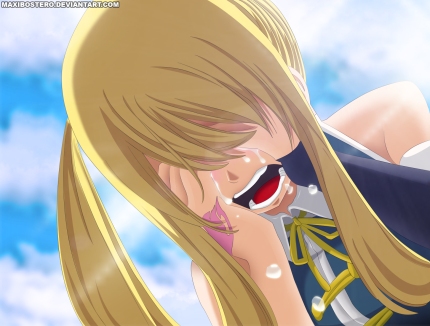 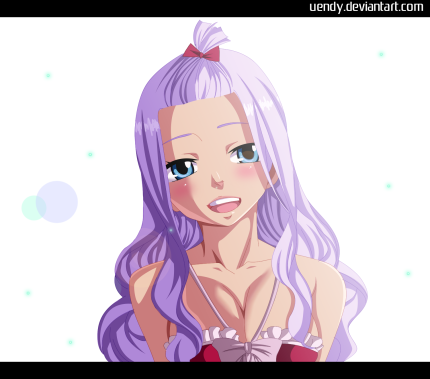 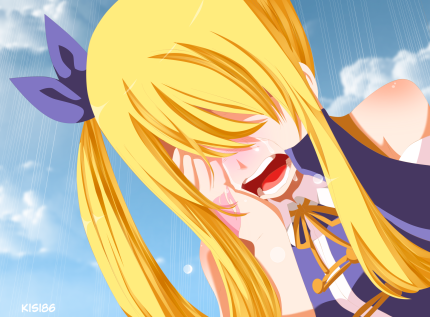 Fairy Tail 437 begins as we enter Magnolia, Lucy, Natsu Wendy, Happy and Carla all enter the village. They’re all excited to see the village once again, it seems that a year ago everything was trashed, now it seems to be all new and all. Erza says that she needs to report back to Jellal.

Gajeel mentions that his job at the Council seemed like a heaven-sent, but now going back to Fairy Tail might be a step down. As they walk into town, Lucy seems a little upset after what happened. She remembers the time she started at Fairy Tail, then we go to the times when Makarov had told everyone that the guild is being disbanded, he forcefully told them to follow their beliefs and use their legs and see where it takes them.

Fairy Tail was over after that point, Natsu points at the guild building. She mentions that she’s afraid of what she’ll see. Because the guild might not even be there anymore. Natsu mentions that they don’t care about the building. Lucy mentions that as Natsu pushed her a little, she was also hoping for Fairy Tail to come back, but not she doesn’t think it’ll happen.

She hasn’t even kept in touch with some people over the past year, she’s sent letter to those people who she found, to tell them to come back to Fairy Tail in Magnolia. Lucy mentions that everyone could have gotten with their lives. However, moments later Cana appears, drunk as ever, telling Lucy that it’s been a year.

She also mentions that she was looking for Gildarts, she kept travelling, and it was pure luck as she found the letter sent to her. She drinks up saying that she’s been with the guild for most of her life, and suddenly disbanding like that isn’t fair. Plus over the year she’s been been travelling and learnt some good lessons.

Cana mentions that everyone found it strange, however Lucy became their icebreaker, she helped a lot. She grabs Lucy’s hands and runs towards the guild as we see most of the individuals from the guild there. From Warren, who invented the compact communications lacrima, to Reedus and Max. Alzack, Bisca, Asuka and many others.

A wonderful and peaceful chapter, it’s nice to see all or most members of Fairy Tail coming back, on top of which Fairy Tail raise there flag as some great members rejoin hand in bringing an even stronger guild back to Magnolia. Can’t wait to see what happens in next week’s Fairy Tail 438, titled “The Seventh Guild Master” as we see who the next guild master is.