Fairy Tail 436 focus’ largely on Zeref’s past, he tells us a story to how he studied magic, only to discover that a curse was placed on him giving him contradictory powers, all while trying to bring back his brother back, Natsu Dragneel! Zeref reveals that the form of Natsu is actually Zeref’s little brother body which he made using Etherias. Zeref and Acnologia meet while Acnologia stands there in his human form! 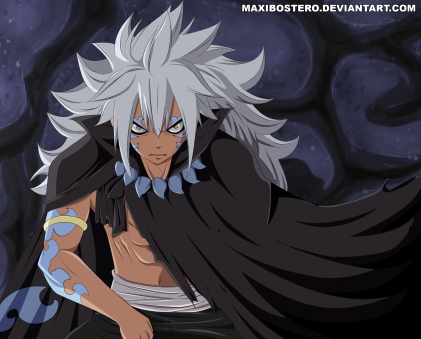 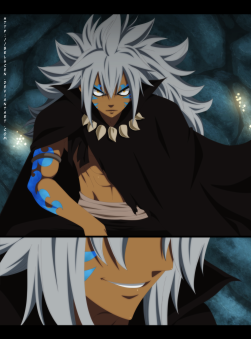 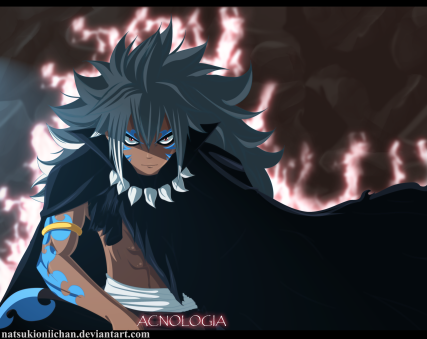 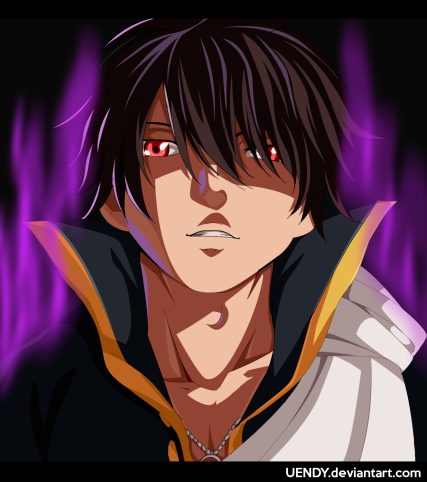 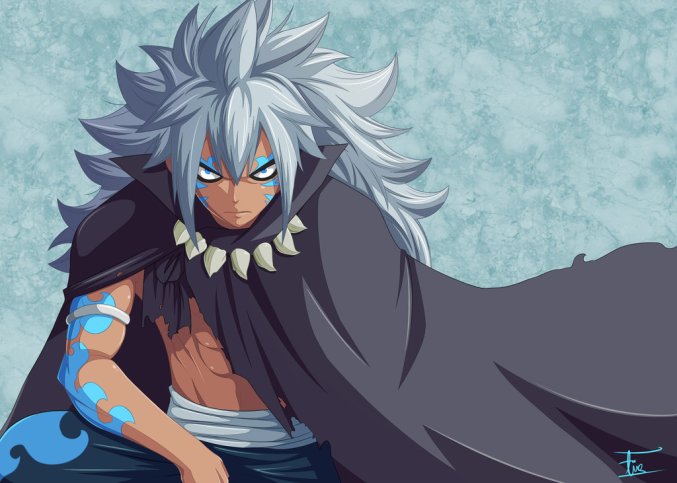 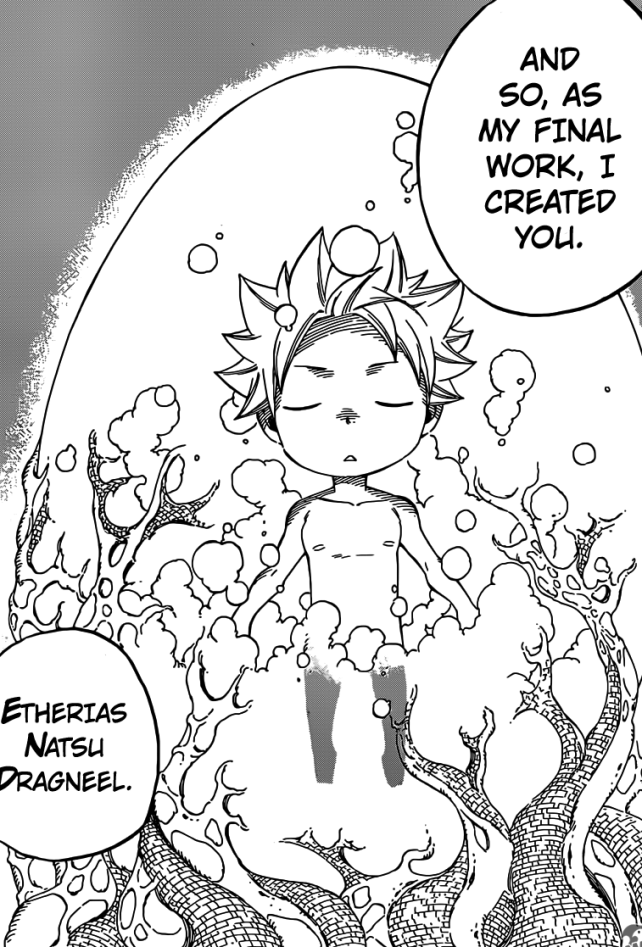 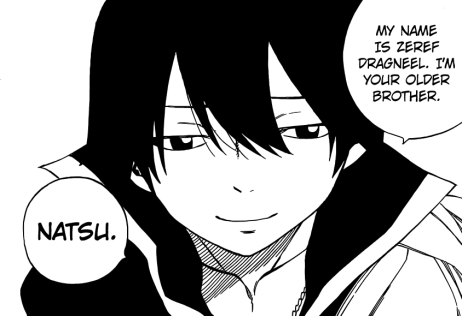 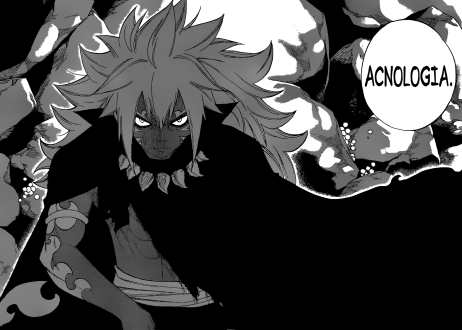 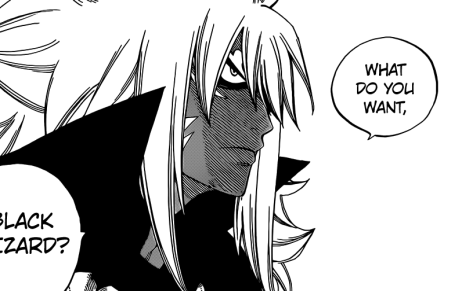 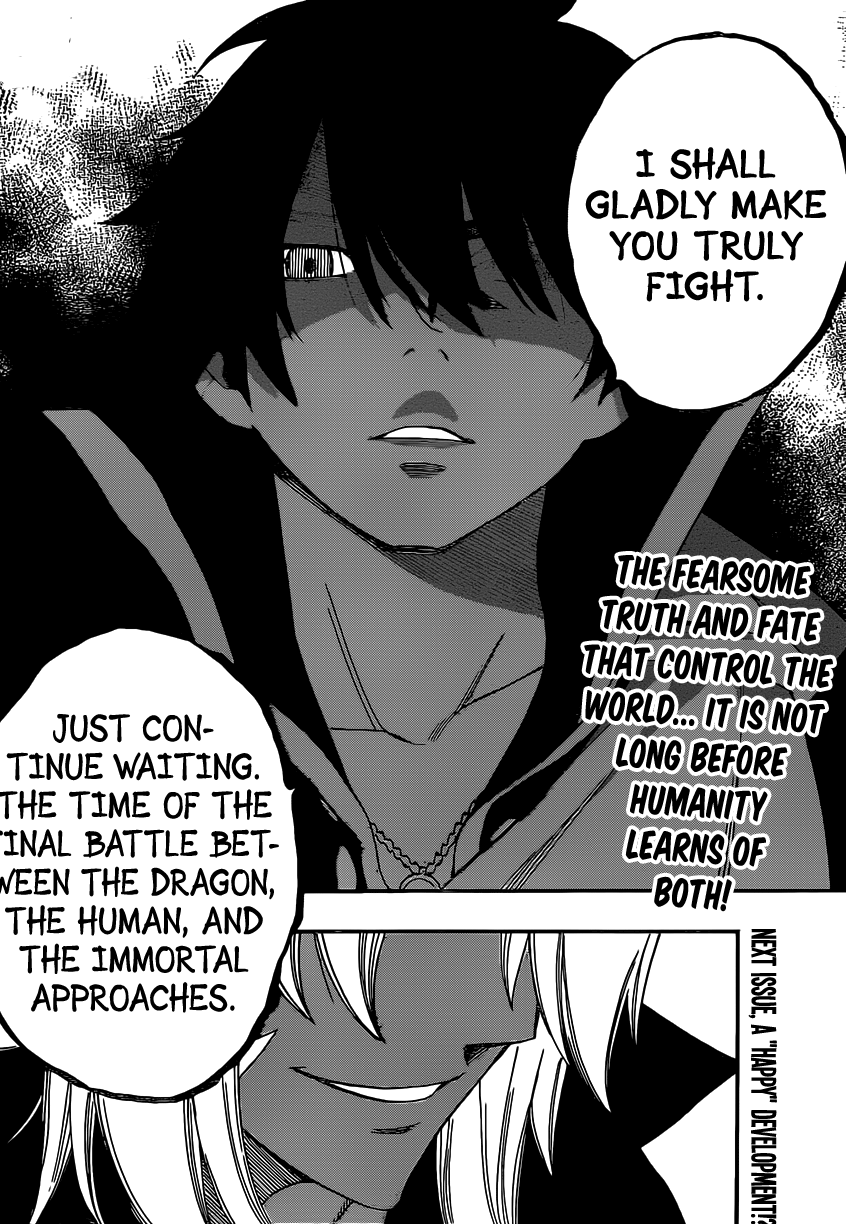 Fairy Tail 436 see’s as a young Zeref shows his professors some notes where by they don’t believe that such a young child can come up with such a report. The theme of the report and content is superb but the story is not suitable, and the facts of death and magic are taboo since ancient times.

No one should be writing of such things. He goes on to search why people are born and why they die. He wakes up remembering that it was all a dream, to which calls Natsu to tell him silently that he once had a younger brother, a few years after he was born, he left died.

He couldn’t come in terms with his loss and just began doing research into life and death. He showed another one of his reports calling it the R-System or Revive System, by storing a lot of magic and using it, he can bring back people from the dead. A lot of people didn’t like what he was doing because it was taboo.

Once he grew older he was doing research on Eclipse gate where he can use it to store energy as well as use it to go back to the past, around 400 years back. However, his senpai tells him that the school as finalized his expulsion. Out of nowhere, Zeref begins to change and show weird magic where by the teacher knows that their god Ancselam placed a curse on him.

Seconds later he realises that he’s wiped out the whole school. Seems like Ancselam got angry at him and placed a curse of contradiction on him. Using all this time he was able to do a lot of research, find many different ways, however through his journey he got tired and just wanted to die.

He tried to create demons which would be powerful enough to kill him, calling these the Demons of Zeref’s books, he called them Etherias but they were no where near close to killing him. That is when Natsu was created, his final work, he was able to create Natsu, or Etherias Natsu Dragneel, or END.

He was successfully able to create the ultimate Etherias creation and resurrect his little brother. He achieved this calling himself Zeref Dragneel! How he came to be with the Dragons and his relationship with Mavis are different stories, he has to go and meet up with a person now.

He climbs the mountains to see a man, he asks this person how their arms is, it’s revealed that the man is none other then the human form of Acnologia! Acnologia asks what Zeref wants. Zeref mentions that he has such hunger yet he doesn’t take it, he can do whatever he wants, even control the world.

Zeref asks him if he should side with the humans or fight against them with him. He mentions that he shall annihilate both humans and Acnologia. Acnologia is asked that he has been waiting for someone who he can truly fight, to which Zeref mentions that he shall gladly bring out his full potential. The final battle between Dragons, Humans and Immortals approaches, Acnologia smiles. Fairy Tail 436 ends here.

An amazing chapter, we’ve all been waiting to see who and what Natsu is and how he came to be. I guess that Zeref is connected to Natsu in more ways then others. It’s crazy to see this, and even see Acnologia’s true human form. Can’t wait for next week’s Fairy Tail 437, titled “Magnolia”.