Fairy Tail 417 follows the journey of Natsu as he goes on ahead to begin his journey to train, he meets Gildarts in his journey. Gildarts and Natsu meet each other to which they both eat and relax with each others companies. They even exchange a few feasts as they battle each other, to which Gildarts is as strong as he’s ever been. 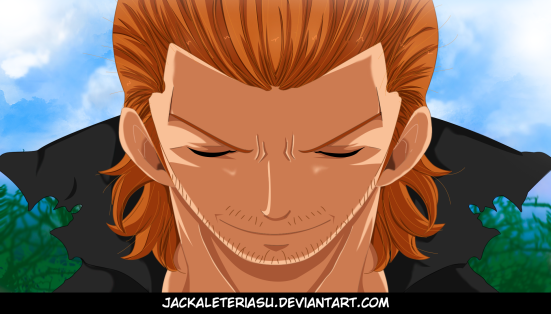 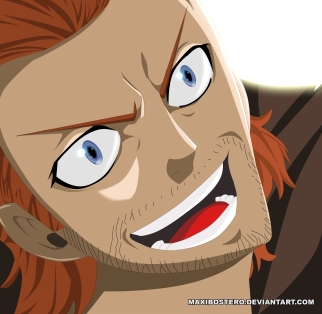 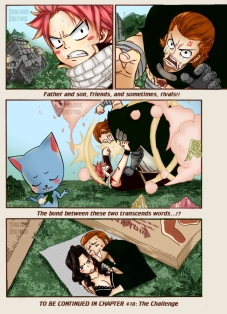 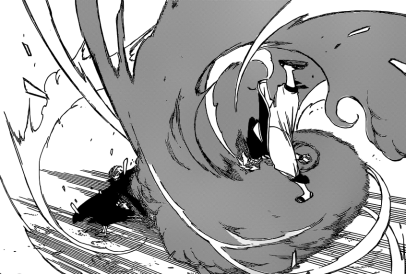 Fairy Tail 417 begins as Gildarts is seen smashing down a massive animal which is about to get him for it’s meal. Gildarts knuckles him to which he notices someone on top of it, out of nowhere we learn it’s Natsu. They both play around, one smacking the other.

They eat and then go for a bath, they then go to sleep. Gildarts wakes up and notices Natsu to which he tells him everything that’s happened. Gildarts tries his best to make him better. The next day, they both prepare as they face off against each other. They both hit each other to which it seems that Natsu has gained some ground as he’s able to push Gildarts back a little.

However out of nowhere, as Natsu laughs we see a massive animal engulf Natsu to which Gildarts gets massively upset, rages out and Gildarts is a little shocked that he used so much power. Then tells Natsu to face him, to which he’s scared to even stand up. They both part as they carry on their adventures.

Gildarts see’s Cana in the sky’s, he goes to sleep. He opens his bag to see apples and fish in it. He’s shocked! However, Natsu opens his own bag to find books of girls in bikinis, he’s shocked to find this. Out of nowhere, Gildarts runs towards him as he tries to stop him from seeing them. They both carry on battling, we see a cute image of Cana and Gildarts. Fairy Tail 417 ends here.