Sword Art Online II 24 ends the season with a lot to think about, we see Yuuki one final time as she dies in front of everyone in the game who finds her to be the strongest swordsman and Kirito finds out about the designs for the Medicuboids. On top of which we see what’ll happen in the future as Kirito hints at a world where reality and video games blur into one. 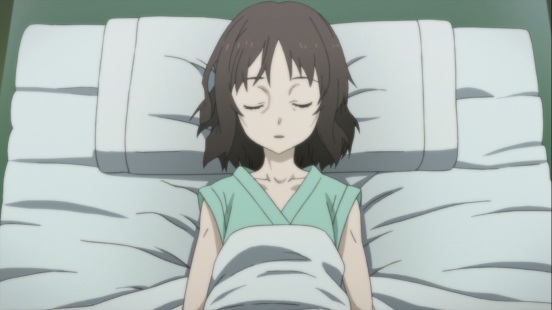 Sword Art Online II ends, a lot has happened this season, with us meeting Asuna as well as getting to know Yuuki and her past. I don’t think it can be compared to the first season, as it was tremendously better than this season. However this season isn’t quite that bad. The final episode had moments where it made me get teared up, lots and lots of onions.

It was a proper goodbye, many players said their goodbyes by spending their time with the greatest swordsman in the game. The data Yuuki provided about Medicuboid and such will most likely help to save many people’s lives which is definitely a plus. I’d like to mention that this season has definitely had it’s ups and downs, I’ve even felt like giving up half way, but I’m glad I spent a little more time with the series, and how it ended the way it did.

If there is a season 3, I hope they don’t screw with the story adding lots of gaps here and there, although I don’t think I’ll be posting my thoughts on them because of how I think they’ll eventually mess up more than this season. There were bits in the start of the series which could have been done better. Nevertheless, it’s an overall really good series, I’d recommend it to anyone.