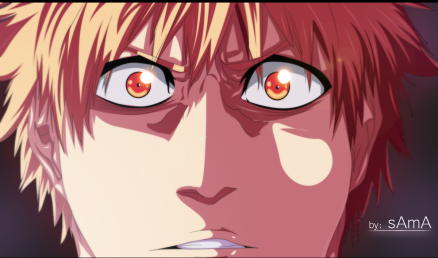 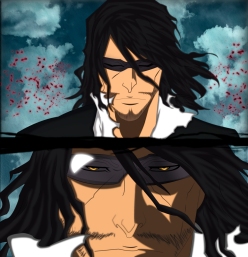 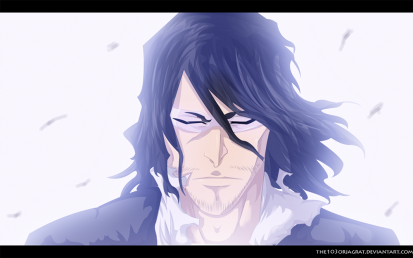 Bleach 540 reveals why Zangetsu and Juha Bach (Yhwach) are so similar in the way they look. It’s mentioned while Nimaiya reforges his sword that Zangetsu is not who he seems to be, in fact Ichigo has been lied to as the Zangetsu we know is Juha Bach’s form from 1000 years ago, who has been within Ichigo’s Soul! Nimaiya gets serious and calls upon his woman to help him reforge Ichigo’s Zangetsu Sword.

Bleach 540 begins as Nimaiya gets prepared, he calls out to begin his show! 5 Zanpakuto’s show up behind Ichigo, they land and quickly beat up Nimaiya while they get down, probably to get him all fired up to do his work. Nimaiya’s private escort team show up. Ichigo and Zangetsu are both flabbergasted by what just happened.

Nimaiya mentions that he’s spacing out, he mentioned for this to include everything, this includes Asauchi, the body of his starts to degrade and begins to form itself into a thin object. His companions gets set and do what they’re suppose to. The first, his companion blows a large amount of fire into a wall, the next pours the collected fire or lava into a large bucket.

The next uses her pony tails to collect the metal, the fourth takes a tooth from her mouth, to which instantly forms into a large hammer for Nimaiya to use. Lastly, Nimaiya Oetsu himself gets ready, he ties his hair back, takes his sunglasses off and mentions that it’s finally time to get busy.

Nimaiya pulls back and smashes the metal collected, Ichigo watches from the back as Nimaiya does his job. Nimaiya asks what’s going on in the head of his, he goes on to mention that it would have been more productive of him to use his sunglasses at this point. He notices that Nimaiya called him Chan-Ichi.

Nimaiya calls him an idiot, if he had his shades on, he wouldn’t be able to see the shades of the flames. He also asks if he noticed the reason why his Asauchi turned whiter than snow when he touched him. Ichigo didn’t really bother to give a reason. Ichigo wonders what he’s talking about when he mentions that it’s just like the hollow with Nimaiya.

He mentions that he also has an inner hollow, he made the Asauchi like this in order to draw out his Zanpakuto. He asks if he gets it, he goes on to make it clear that this Hollow is his Zanpakuto! The hollow that Aizen artificially made were from piling up shinigami souls, which was called and referred to white. Furthermore, the Asauchi’s in which Nimaiya makes is the same way.

The hollow entered Ichigo and merged with Ichigo’s own shinigami powers, therefore he is Ichigo’s true Zanpakuto! Therefore the person he’s been talking with, Zangetsu, is infact inside Ichigo’s Soul! He’s been faking and pretending to be his Zanpakuto! Zangetsu quickly appears, Ichigo appears in front of him.

Nimaiya talks to Ichigo, he asks if he knows that man, he goes on to mention that it’s Zangetsu, however he quickly corrects him, mentioning that this is not Zangetsu! Nimaiya mentions that the person is in fact an imposter and that he should be able to connect all the dots quickly. Nimaiya mentions that he’s the man currently taking advantage of Soul Society! Juha Bach! (Yhwach).

Ichigo is completely shocked at this point, he’s always trusted him and now he finds out that this person is in fact someone else. Nimaiya also reveals that that guy is not a Shinigami, and doesn’t have any Shinigami powers, in fact he is his Quincy powers! It’s correct to assume that this person is in fact Juha Bach (Yhwach) from a thousand years ago! Bleach 540 ends here.

What a crazy episode, I knew there were similarities within who we thought was Zangetsu and the current Juha Bach! But this is just awesome, how could this have happened and it’s awesome to know, can’t wait for next week’s Bleach 541, to find out how this happened in the first place!