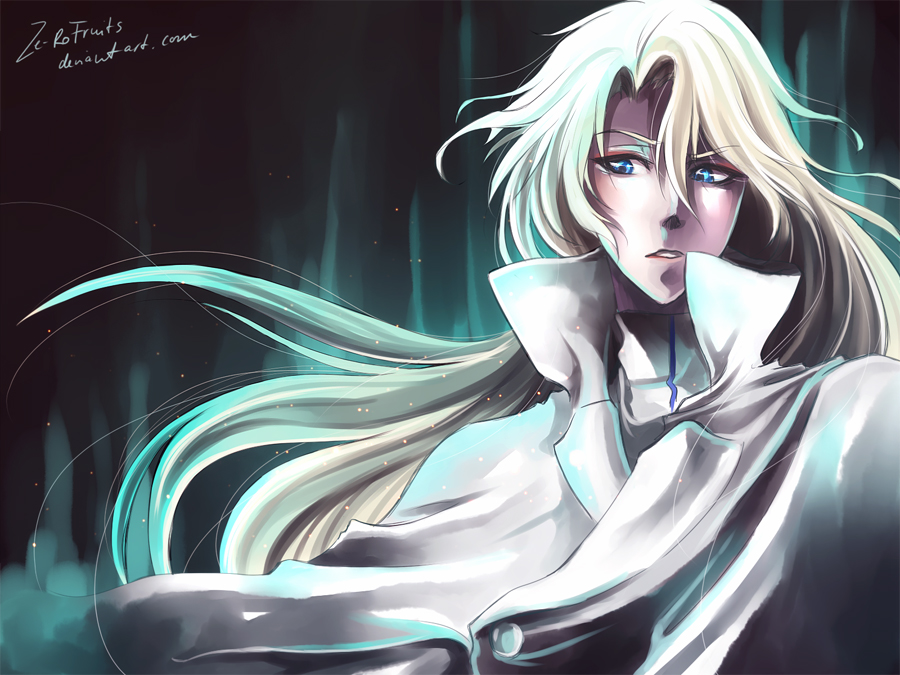 Haschwald is Juha Bach’s close and personal lieutenant who hasn’t involved himself in any of Juha Bach’s fight. Thus could he be a neutral who’s just following orders? Haschwald seems to be a mystery man who we haven’t seen much of except the fact that he cut Ichigo’s sword in half! His powers could possibly surpass that of Ichigo and possibly any other captain, but who is he really?

Haschwald is most likely a Quincy, but there is always a possibly that he could be an Arrancar or Shinigami, but then again, would Juha Bach stand on having a Arrancar or Shinigami as his lieutenant? Possibly not. The fact that he doesn’t part take in many fights, nor does he like to fight other people, he seems like a person who just seems to be following orders.

The fact that he left some Shinigami’s alive because they were either so weak or lost their minds after seeing Haschwald could mean that he’s not up for killing innocent people, his orders could state to kill Soul Society’s pillars, thus bringing Soul Society into crumbles.

But who is he really? What do you think his real intentions are, and why does he seem like he doesn’t like to take Juha Bach’s orders? Tell me using the comment box!

The fantastic image of Haschwald was drawn by Ze-RoFruits. They’ve got some other fantastic work, so go and check their work out using the link. Also don’t forget to tell me what you think!