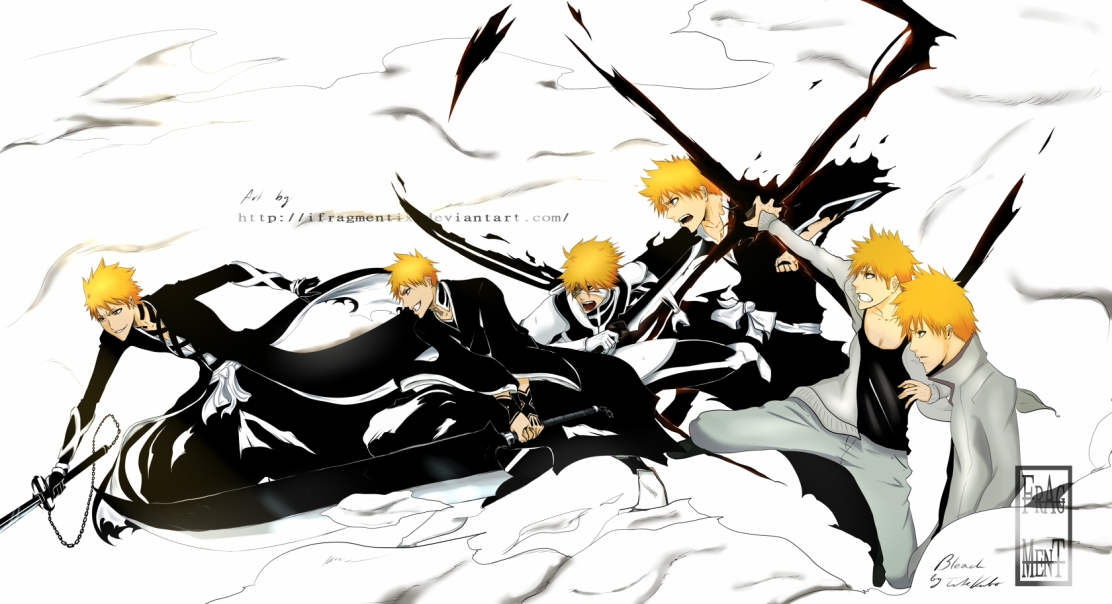 After Ichigo lost his Shinigami powers, he returned to his normal self with no power’s at all.  He trained with Ginjo to retain some of his Shinigami Powers to protect his family and friends from harm. The evolution of these forms go from right to left.

On the right hand side, Ichigo wears a grey school uniform with red zip which he usually doesn’t zip up. The next one down, after training with Ginjo for a while, Ichigo’s Combat Pass opened up. The form after this, Ichigo develops a Clad type Fullbring with a sword. Ichigo then develops the so-called “Power Ranger” form with an actual sword with a real solid form.

Ichigo then looses his Fullbring Form to Ginjo, and gets stabbed by Rukia and his Shinigami Form get restored. There are some hints of his Fullbring Form left. Ichigo unleashes his Bankai during his fight with Ginjo, he is no match for Ichigo’s unbelievable high power and looses.

The fantastic image was drawn by IFrAgMenTIx. He’s got some of the finest Anime Art, so you should definitely check him out.