I wanted to post something a little different, I recently once again began watching the latest couple of episodes of One Piece and remembered that there’s a bunch of badass characters  a in the anime. One of which is called Aokiji, or rather Kuzan who was previously known as a admiral but later got affiliated with the Blackbeard Pirates. As dope as he is, this fan art is even cooler. 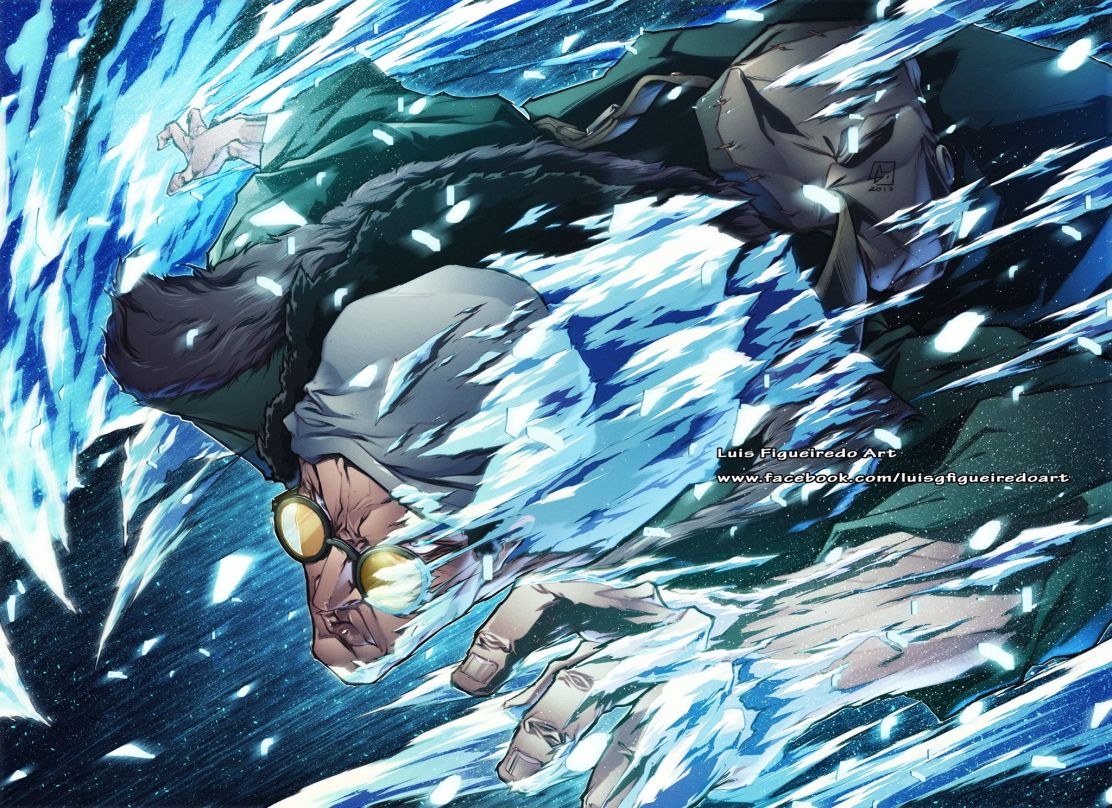 This artwork of was drawn by marvelmania, who has once again been featured quite heavily here. If you like his work style, be sure to check out his other work, which spans from One Piece to Marvel characters such as Ironman. Also be sure to share this with other fans of One Piece and Aokiji.