Fairy Tail 543 see’s Natsu absorbing all the dragon slayers magic using Wendy’s abilities into his own body and using it to hit Acnologia all at once. While Acnologia’s real body is hit by Erza’s army of swords and is forced onto the ship made using ice by Gray, Juvia and Lyon. 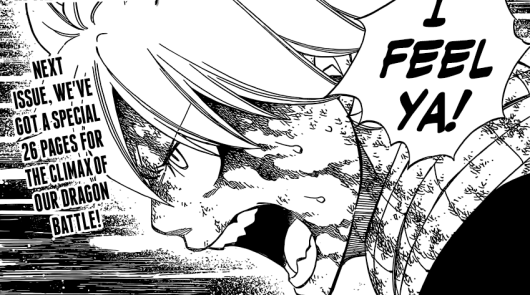 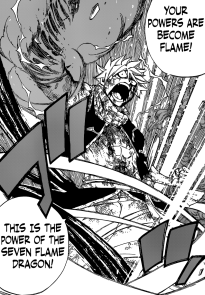 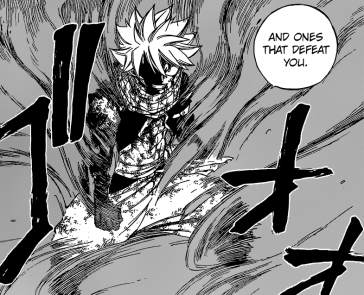 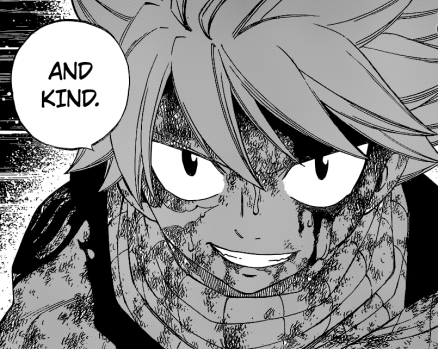 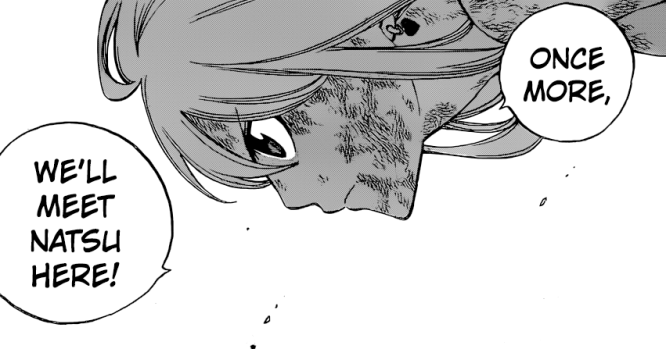 Fairy Tail 543 begins with all the ships getting crushed by the fires of Acnologia. Gray tells them that he’ll work on getting something up, asking Lyon for help. Everyone begins to prepare for the arrival of Lucy. All while Lucy begins to think about what had happened when they first met each other. She promises that they’ll meet once again at the port.

Natsu and others are beaten up to a pulp, Natsu begins to talk about the reason why they exist, telling him hat he’s a dragon too, just as Acnologia mentions that he shall get all dragons. Further to this, they’re nothing but humans, who have been given dragon powers by real strong and noble dragons who are kind.

Acnologia talks about his past when the dragons had stolen everything from him, his family and everything he ever had. He’s angry at the dragons that were there, he gets angry that he gets pissed off and unleashes his anger. At this point, Natsu and others are blown away but somehow, hes okay, he mentions that dragons come in different types, those that are good and those are that bad.

Also there are those that shall defeat you. Natsu is completely covered in flames as Acnologia is angry, it seems like Wendy seems to have used her powers to protect them all, she’s funneling everyone abilities into Natsu to unleash their powers into him and blown Acnologia away. Their powers have becomes flames, calling this the power of the seven flame dragon!

Gray, Lyon and Juvia all create a ship, while Erza uses her abilities to make sure that Acnologia is occupied, Lucy is ready as she gives the call. Everyone begins as they create the runes and jutsus while Acnologia chases down Erza and Mirajane. She unleashes her swords that she has held in her armoury and pushes Acnologia down.

It pushes Acnologia onto the ship which disables him, further to this Lucy activates the spell by telling them to release their magic, it connects everyone that is there as Lucy tries to activate Friary Sphere and links everyone’s heart. It also calls forth Natsu’s wrath upon Acnologia as he unleashes his powers. Fairy Tail 543 ends here.

An okay chapter, seems like it’s at the point where everything is happening so quickly, but to me, it feels a little bit of a let down, nevertheless, it seems like an okay chapter. What do you think? Let’s wait for next week’s Fairy Tail 544, titled “You’re The King” to see what happens next.