Before posting this, I questioned if I should even concentrate on it since a Death Note live-action movie since a lot of adaptions for most Japanese mediums are usually ruined. Still, I’d like to give this a shot since it’s Netflix, and they’ve actually made some decently good shows. So, Netflix released a live-action Death Note trailer a couple days ago.

The video previews the story of Death Note and it’s main characters, which includes Light, Ryuk and L. Compared to Ghost in the Shell, I’m sure this will also be surrounded by controversy by the characters who play the originals.

The director of this film, Adam Wingard, also tweeted the poster of the film on Twitter, this can be seen below. It features the Death God/Shinigami character known as Ryuk, who is voiced by Willem Dafoe. 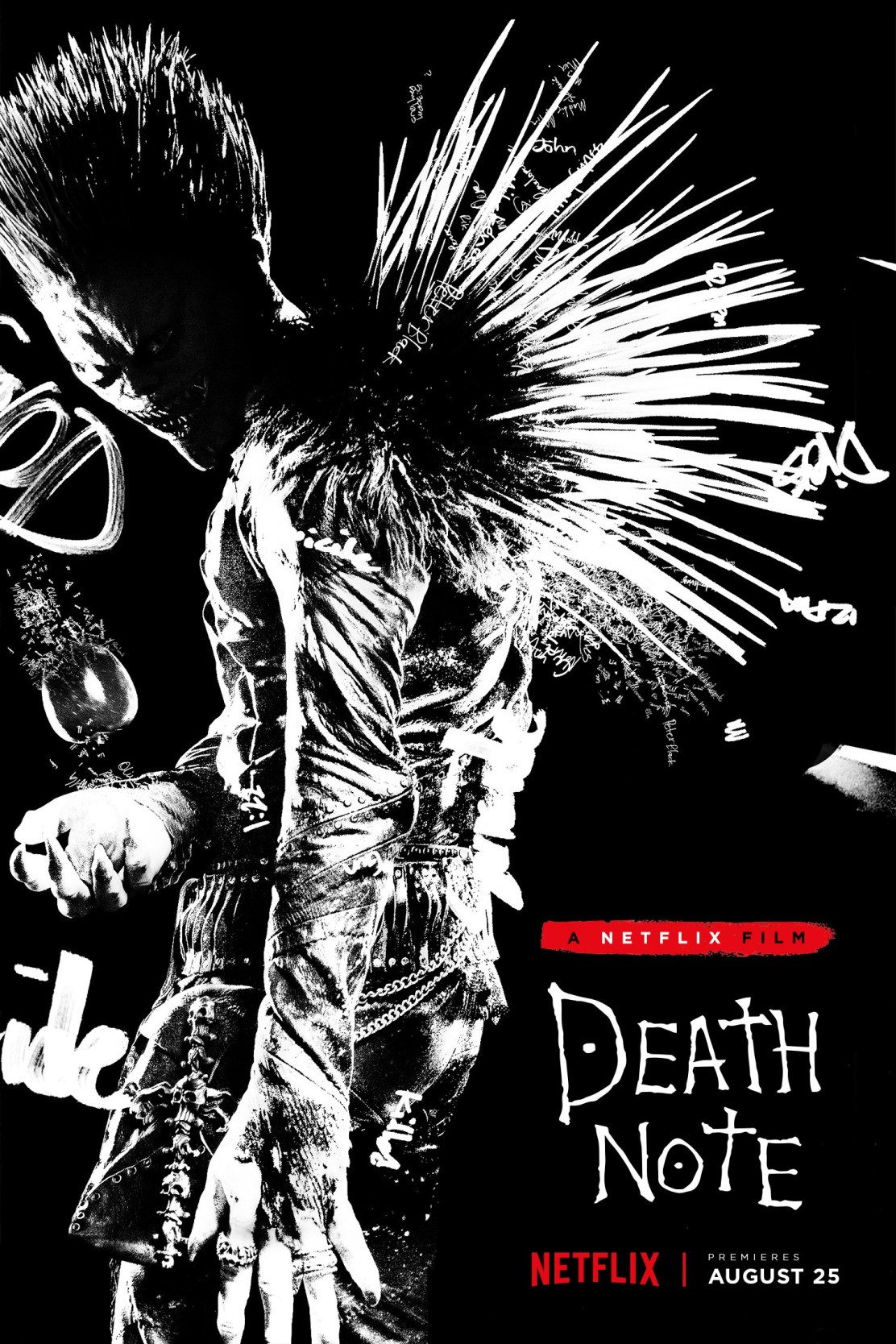 As seen in the trailer, the cast includes:

Some of the cast/filmakers members also discuss in a featurette for the upcoming film.

On top of this, the movie is to release on the 25th of August 2017. I personally will watch it when it comes out, but my hopes for the film is quite low. I’m going in with low expectations as live-actions movies usually do not live up to the originals.

Anyway, what are your thoughts? Go ahead and comment down below telling us what you think about the trailer and the movie.