Fairy Tail 539 see’s Acnologia’s destruction on the world after he consumes the Ravines of Time and possesses time magic which allows him to launch a number of explosions on the world they’re on. All the dragon slayers also get affected by it as they, along with Natsu seems to have appeared on another world, seemingly its the Ravines of Times which is now controlled by Acnologia. 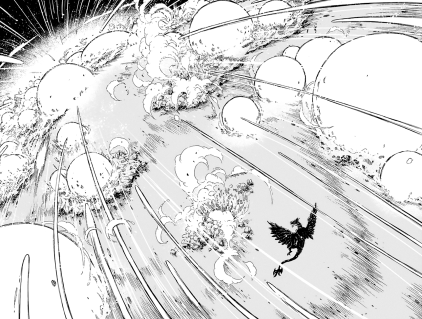 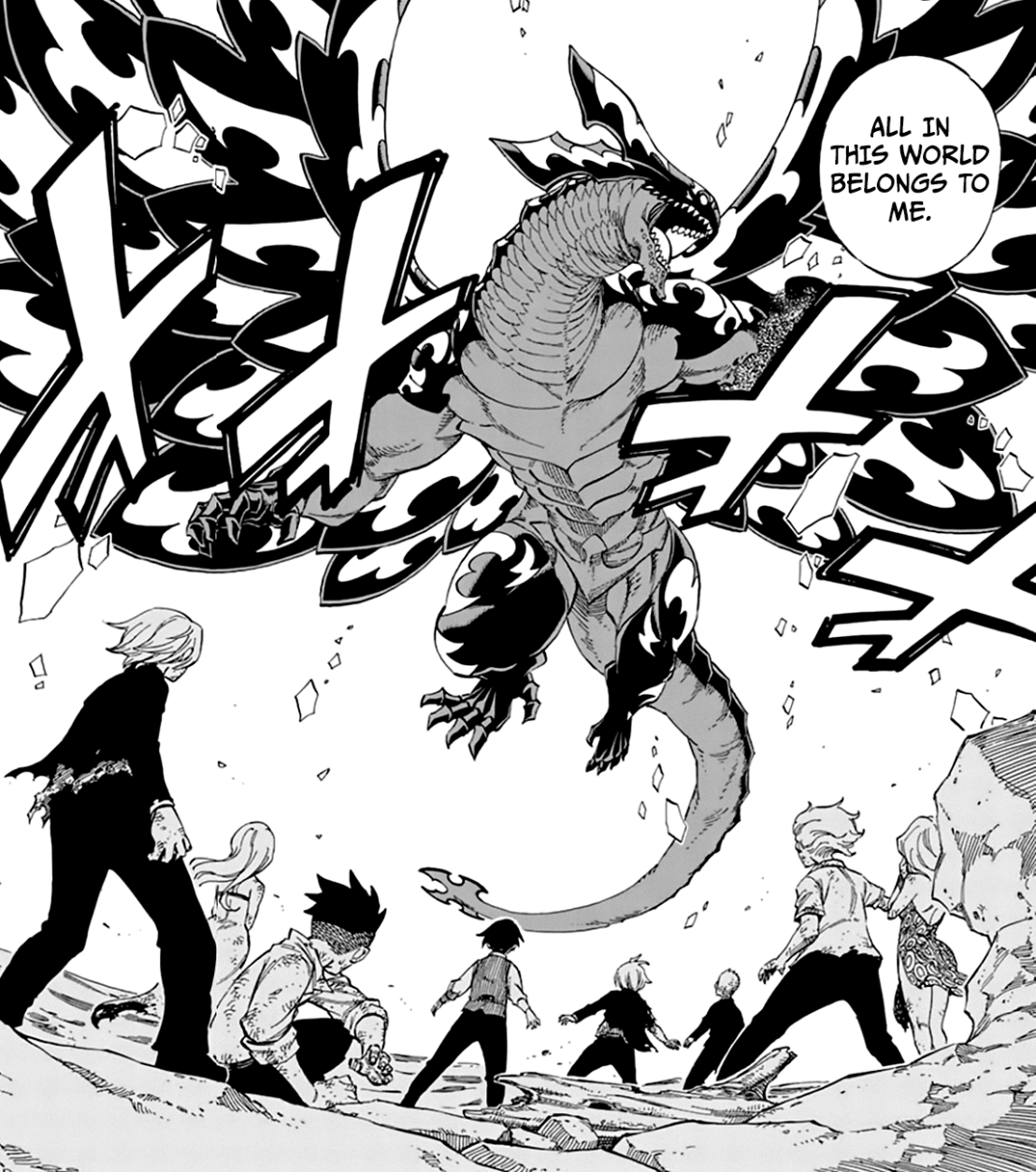 Fairy Tail 539 starts with Wendy noticing that there’s a crack in the sky, everyone notices that it could be nothing but Acnologia from here. An arm reaches out and we learn that Acnologia has somehow managed to survive. He mentions that his power is overflowing, it reminds him of the time he mastered the way of the dragon slayer.

He declares himself as the Supreme King, he spreads his wings as lights come out from them, he notices that everything in this world belongs to him. Acnologia even notices that he can now use the power of time, he seems to have absorbed it all, its overflowing that he himself cannot control it yet.

He tells them to vanish as he spreads and uses the lights around him to unleash a power weapon which blasts everything in the world, it’s called Eternal Flame. It hits everyone and disperses them. It even hits Magnolia and Fiore as the flames go everywhere. Erza lands in water as she asks if this world is going to end, but she changes her attitude in how she’s going to fight this.

She gets to the top when the waves they’re in scatters them. All while, Wendy’s spirit is being extracted from her. Acnologia is fighting her as he vows to consume all dragons and confine them within his time. Wendy vanishes, this also happens to Laxus, Gajeel, Eric, Sting, Rogue and now Natsu.

Natsu was quickly sent to another place where it’s nothing but rocks, he reaches and asks where he is, he notices that someone answers with it being the Ravines of Time. They appear from the smoke as Acnologia, he approaches Natsu as the final battle will commence. Fairy Tail 539 ends here.

A pretty good chapter, we all saw that this was coming, but the fact that a tired Natsu will go up against Acnologia is definitely not fair, but I’m guessing that the others will also be there as they’ll somehow manage to combine their powers and somehow defeat Acnologia, which might take a bit if you ask me. Nevertheless, I hope next week’s Fairy Tail 540, titled “Harmony” will be good.