Many Bleach fans have been able to get their hands on a copy of Bleach 653, like last week, the chapter seems to be a little late, therefore I will be covering the chapter based on fan written content online. Along with this, there are a few images alongside this chapter which are seen below. 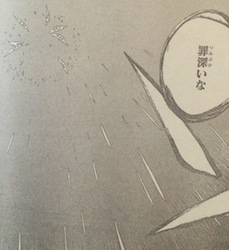 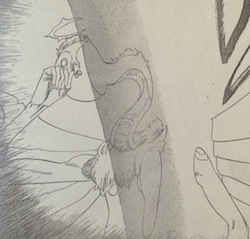 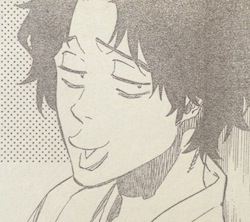 Bleach 563 is titled “The Theater Suicide Scene 7, the chapter begins in the past with Shunsui as he watches his brother and wife (Nanao’s mother) as she mentions that the hairpin is enough, as she leaves one hairpin to her husband, using it as a way to encourage him while she is away from him. Shunsui teases his older brother, this is when his brother blushes.

During the present, we see Nanao get experience cutting and being cut for the very first time against Lille. It hurts her, this is when Shunsui appears and supports her. She feels bad that she’s never been able to be of use and thus wants to do something worthy, this fight will give her a resolve to fight and win.

The battle continues against Lille as he creates a large trumpet like attack, apparently called the “God’s Trumpet”, he talks about evil. The last scene shows the footprints of Shunsui and Nanao while Lille has been cut and is falling back to the ground. Seems to be that Lille has been defeated, but is it over?

That’s basically a little summary of the chapter, seems to me that Nanao finally has her resolve back, and after being cut a few times, Nanao has gained some series strength. For now, the preview is all we have, the chapter will be out later today or tomorrow.