Bleach 644 see’s the defeat of Pernida after her body explodes into endless pieces. Mayuri then guides Ikkaku and Yumichika to two pods brought there by Nemuri which contains the body of Toshiro and Rangiku as he tries to bring them back to their zombification. Elsewhere, they sense Mayuri’s disappearance while Shunsui faces Lille Barro. 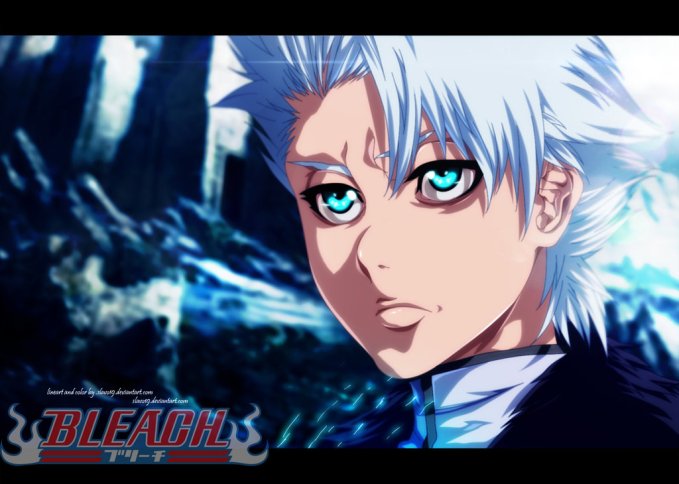 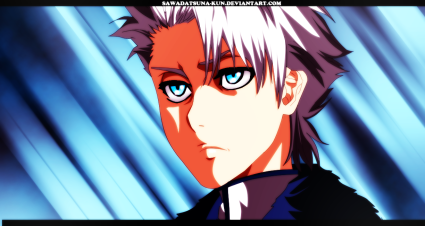 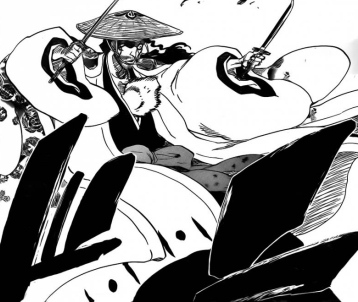 Bleach 644 see’s Mayuri walking away from the explosions set by the defeat of Pernida. He walks away with Nemuri’s brain in his hands while his legs quickly give out. Mayuri survived the blast but it took his legs, now the situation is if this puts him in the same situation as Zaraki. However, Ikkaku and Yumichika appear.

He had thought that they’d turn tail go on ahead, however he should thank them for not getting in their fight. He tells them that around 30 steps from there, to the right are two pods which were brought in by Nemuri, pressing the red buttons will release them. In there contains both Hitsugaya and Rangiku where they were being dezombified using the machines.

Mayuri mentions that his life has been cut down quite a bit but he won’t complain as he did save his life after all. Toshiro wakes up, so does Rangiku as he thanks him for what he did. Yumichika and Ikkaku put Mayuri and Zaraki in each pods in order to bring them back from all the injuries.

Ikkaku and Yumichika lay down and thank Mayuri for saving Zaraki. They then go on ahead. All while Mayuri mentions that it seems that its Thanksgiving day since he’s been getting all types of thank yous, he finds it creepy. But it doesn’t matter as it seems that he’s finally managed to create a soul from scratch that has evolved on its own.

And thus he mentions that he’s ahead of Kisuke Urahara now. He can’t seem to imagine the frustration on his face but all the reason more to see it for himself. He goes into deep sleep as he thinks that the next time they meet, he’ll show him the difference between both of them, while also showing the difference Nemuri has made.

Shunsui and Urahara both sense Mayuri’s disappearance. They think that he’ll be okay and that they have bigger things to worry about. It seems that people in their squad have been slowly getting killed one by one while only some are left now. Rukia, Renji and Hinamori as well as Nanao, Shunsui, Shinji and Urahara are still there.

They don’t know where the enemy is coming from. Lille Barro slowly mentions that it would be scary for them to be in a situation like this since he’s watching and taking them out one after another. Shunsui notices something as he quickly mentions that it’s about time that they made a move as he turns back and quickly gets shot after Lille Barro hits him.

While he got hit, Shunsui chants out something as it seems that Lille’s shot has critically hit him hard. Even with his formation, it seems a move such as this has just done nothing but killed himself. Shunsui keeps on chanting word by word, it seems that a certain sound chants to Lille’s hear as Shunsui shows up out of nowhere.

Shunsui appears and quickly slices up Lille’s gun when he mentions that it seems that he’s been able to avoid him so quickly. Shunsui mentions that now he has gotten his weapon now, his life will be what’s next on the line. The crazy and insane battle between two awesome beasts will now begin as Bleach 644 ends here.

A fantastic chapter, indeed the next battle between Shunsui vs Lille will be something awesome. Can’t wait for next week’s Bleach 645 to see what exactly this battle will bring. It’ll truly be something spectacular to see as Shunsui will most likely be forced to fight to the point of death.