Fairy Tail 439 discovers why Makarov disbanded Fairy Tail guild, to prevent the Alvarez Empire from capturing the Lumen Histoire which contains Mavis Vermillion. We follow as Erza, and others, find out about Fairy Tail’s biggest secret as they go into the secret chamber where Mavis is. Makarov went to the Alvarez Empire to stop their plans by threatening use of Lumen Histoire. 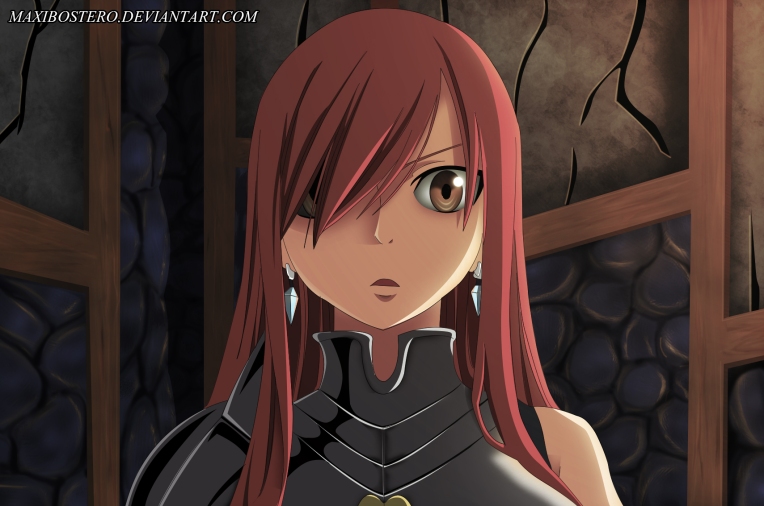 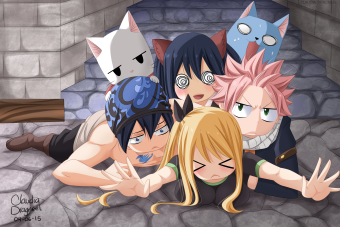 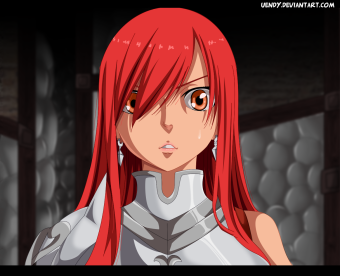 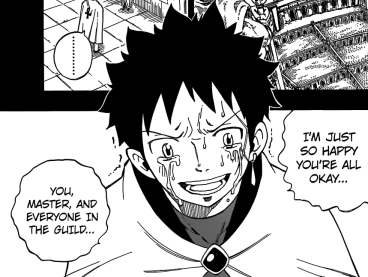 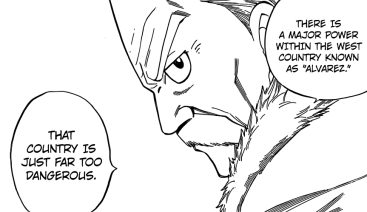 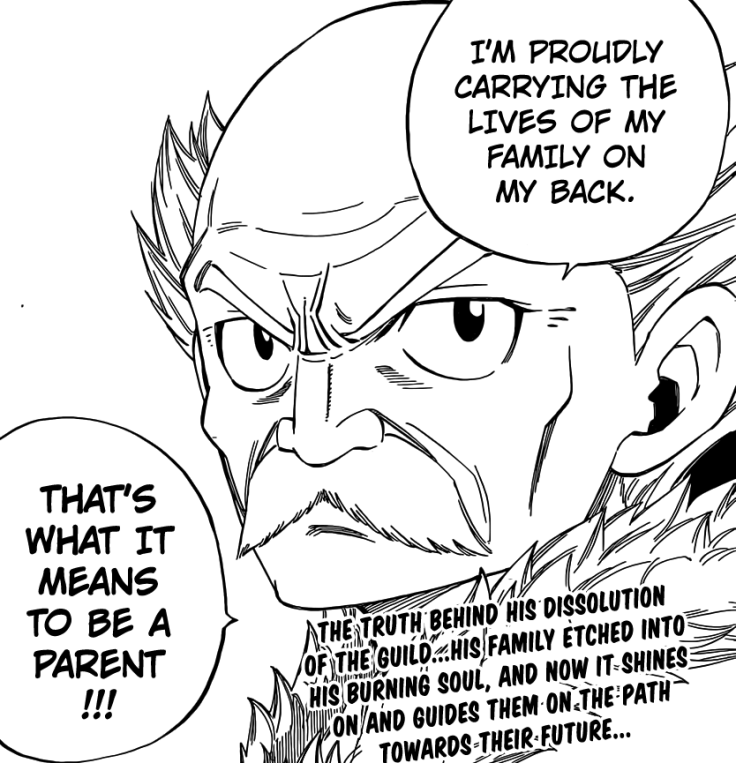 Fairy Tail 439 begins as Mest and Erza head towards the dark underground below Fairy Tail’s guild hall. Erza mentions that she didn’t know such a place existed. Mest mentions that Erza’s memories may still be fuzzy because he did wipe a lot of their memories. Mest tells Erza that this is a place for her eyes only, only she is allowed here.

They reach the gate and Mest opens the door, Erza sets her eyes upon the greatest Fairy Tail secret of all time, the Lumen Histoire. Erza is shocked to see the first, Natsu, Gray, Wendy and Lucy all appear out of nowhere from the back as they follow them silently. It seems that it’s no longer going to be a secret.

Mest is asked a few question about why she’s there, it’s mentioned that even he doesn’t know exactly. But what is clear is the significance of it. Mest begins transmitting memories into their heads. It’s the time when Mest was talking to Makarov, about infiltrating the council.

He was given a job to go undercover in order to gather information based on the West Continent and what’s going on there. He asks for him to do this without asking a question. A month later, Mest, then known as Doranbolt, talks to Makarov about their own guild being hated due to Natsu’s actions.

Every few months, Makarov meets with Mest to talk about the west and what’s going on there. However, he erased his own memories so far that he would forget why he’s doing this. He even came up with a plan to invade Fairy Tail and find all their dirty secrets.

At the magic games, Mest met with Makarov as he cries as he’s happy to see all of them alive and well. Makarov mentions that he’s caused him so much pain and grief, it’d be better for him to come back to Fairy Tail. Mest mentions that he’s so close to figuring it out, all the information he requires has nearly been obtained.

After the Tartarus Arc, Makarov talks to Mest about breaking up Fairy Tail, Makarov mentions that it is because of a major power within the west known as Alvarez, that country is far too dangerous. He mentions that they tried to invade Ishgar to obtain one thing, the Lumen Histoire!

However, the council stopped them using the Etherion weapon, now even Face has been revealed. Plus there is currently no known stable council. This means that Alvarez can invade Ishgar if they want. Mest asks why that has to do with anything related to disbanding Fairy Tail.

Makarov explains that within the East, there are around 500 guilds, while in Alvarez, there are around 730 guilds. All of these 730 guilds have united together and created one massive gigantic empire, it’s a super military-driven magic empire, Alvarez! A single guild cannot stand or fight against 730 united guilds.

They’re completely overpowered here. Makarov mentions that he will go and negotiate with the Alvarez empire, he’s going to put all his cards on a table and if they invade Ishgar, he will activate Lumen Histoire to try to buy them some time. By that time, hopefully the council is rebuilt.

Makarov mentions that he cannot allow anything to happen to the members of Fairy Tail, even if it means disbanding the guild. He will disband Fairy Tail without a moment’s hesitation. He will proudly carry the lives of my family on my back, that’s what it means to be a parent. Fairy Tail 439 ends here.

A brilliant chapter, it’s unbelievable that Makarov has done such a thing and for such a reason. I can’t believe that Fairy Tail is finally expanding to new territories, I’m sure we’ll discover even more powerful guilds and stronger awesome new characters to battle and to see their powers. Can’t wait to see next week’s Fairy Tail 440, titled “God Serena”.