Naruto Shippuden 397 ends the first test of the Chunin Exam as most of them pass without doing a lot, they begin round two as a elimination round with the first 30 individuals to get there first will get the spot. We also discuss some bits and bobs where Danzo thinks that Hanzo of the Rain is no longer with them, being controlled by a third party. 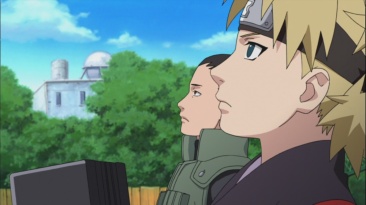 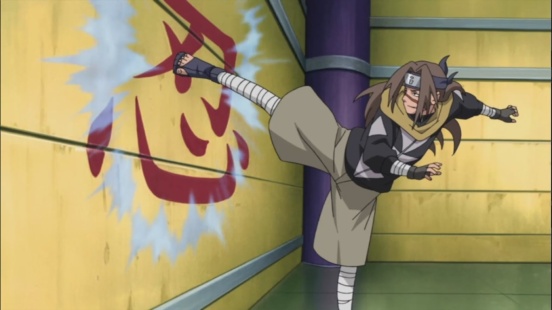 Naruto Shippuden 397 begins with the continuation of the test. Neji figures something out to which Shikamaru notices it, he seems to be leading them as a class to choose the correct answer. They talk about knocking on the wall to figure out which question they should choose. Someone tries to get into the knocking when he knocks once more than everyone want.

However, Neji works out that the 5 times he knocked is also fine as it allows for the others to do 50 and 50. They keep on explaining this and it seems that others have their own styles. The person also decides that he’d want to fight Neji, when Shikamaru tells them that he’d fail for starting a fight.

Neji seems to have a good idea to how this is going to go down. Shikamaru seems to have one more question left to confuse them. He tells them to turn the page over and write a name to who’d help them escape to act as a decoy in a fight.

It seems that Sakura would have picked Naruto if they were in Team 7. Ino contacts Sakura to tell them something. Kankuro talks to Tsunade about the security at the Second Round to which it seems a little suspicious that they’re doing so. The elders tell Tsunade that Danzo knows something about Hanzo who may have currently been killed.

It seems many have passed, many more than expected. Neji tells the person that they had left it blank since they didn’t want any of their team mates to be left behind. This was most likely the test. Temari shows up to tell everyone that the next test is in the Sand Village, to which they will need to get there as soon as possible, the first 30 will qualify. Naruto Shippuden 397 ends here.

A good episode, lots has happened with it getting a lot more exciting as we continue on to prepare for the next stage in the exam. Can’t wait for next week’s Naruto Shippuden 398, titled “The Night Before the Second Exam”. It should be a decent next episode.