Naruto 680 shows some offence from Naruto and Sasuke as they work together in order to fight against Kaguya who seems to be easily going up against them. As we see Naruto and Sasuke work together, the Edo Tensei’s available at that time are quickly able to move from the disappearing restrains Madara placed, to which they may also take part in fighting. 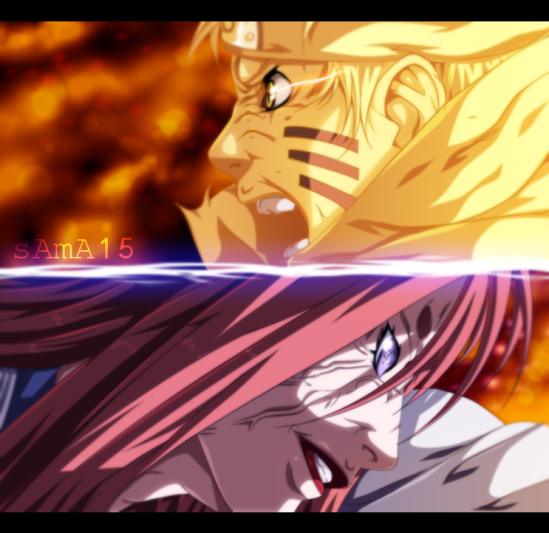 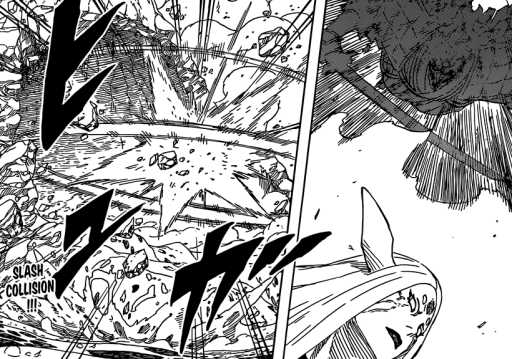 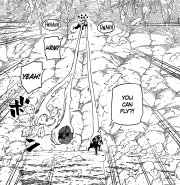 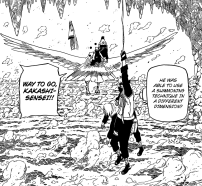 Naruto 680 begins as Obito falls down form that height to which the floor seems to have turned into lava. Sasuke calls and summons for his bird to which it’s able to grab Naruto while Sakura and Kakashi are in trouble. However Kakashi holds onto Sakura to which he binds a kunai to a scroll and uses it to string himself from getting harmed form the lava.

He also sends a kunai towards Obito to which it able to him to drop into the lava. Sakura’s headband falls into the lava proving that it’s not a genjutsu but actual lava. Sasuke tells Naruto that he’s going to tell him one think clearly, him and Naruto must not die, if they do then there will be nothing to stop Kaguya.

When the Infinite Tsukuyomi took place and he was by Kakashi and Sakura, they’re a distraction to him and make him work less productively. Basically what Sasuke is trying to say is that he doesn’t fully care if they die, he wants to save everyone, even if it means that they die. Naruto understands this, however at this point his body acts on it’s own.

This referring back to when Sasuke had acted to protect Naruto without any notice. Sasuke understands what Naruto is trying to say, at this point Sakura is unable to do anything but cry and thank Naruto. Out of nowhere, Kakashi’s scroll begins to burn and is prone to fall into the lava when Naruto tries to catch both of them with his hand.

On top of which Kaguya uses this opportunity to attack, Sasuke tries to block it however his bird and hand are hurt by the technique. However Naruto catches all of them. On top of this we hear from the Edo Tensei about what had happened to them, they’re also able to move, on top of which they’re able to do as they will and head towards the chakra point.

Naruto is floating in the sky with the help of his chakra, he catches both Sasuke as well as the grouped Kakashi and Sakura. Naruto creates a clone to which he entrusts to help Kakashi and Sakura, while the other helps fight against Kaguya. Kaguya mentions that all chakra belongs to her and that it shall become one.

She creates a massive lava field as wells as an erupting field. Both Kaguya and Naruto go at it in order to defeat and weaken each other out, at each blow a more intense power is used. However after one massive attack from Kaguya, Naruto is pushed back to which Kaguya is then faced by an upcoming Sasuke with his Susanoo from the top, they’re also going to clash. Naruto 680 ends here.

A magnificent chapter with lots of cool and amazing stuff happening, on top of which it seems that Naruto and Sasuke are getting someway in fighting against Kaguya from her experience. Can’t wait for next week’s 681 to see what will happen next as Kaguya goes against Naruto and Sasuke.