Naruto 647 gets very emotional for everyone. Every Shinobi begin to lose hope while Naruto notices that a lot of comrades are quickly losing hope. Orochimaru arrives while the Kage’s are just behind them. While Hashirama tells everyone not to lose hope using Mind Communication technique, Naruto remembers all the sad moments he had to which transfers to everyone, they feel the pain he had during his life. Naruto and Sasuke quickly get up and begin their fight back. 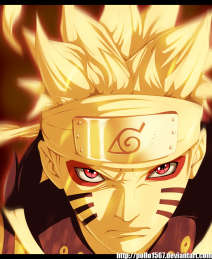 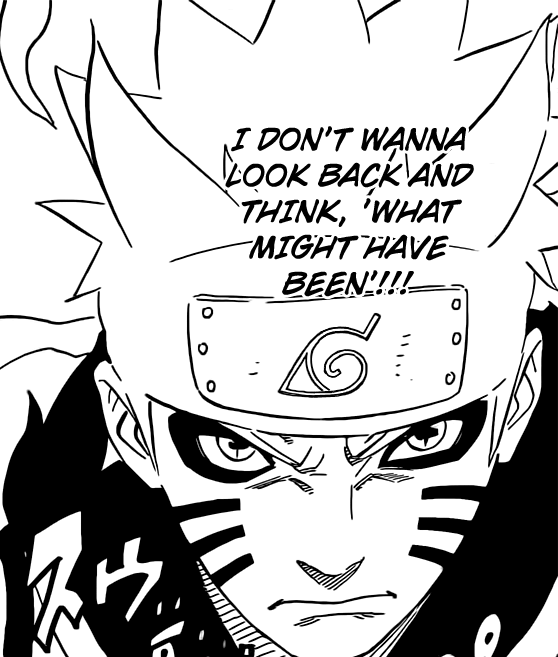 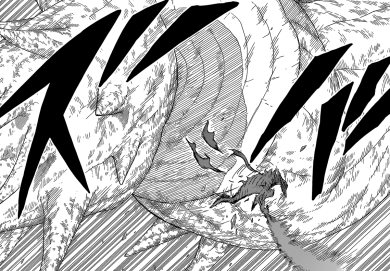 Naruto 647 begins as the Kage’s are very close to the battlefield, they use Gaara’s floating sand to move. Tsunade asks what’s currently going on at the battlefield. Sakura is down, she mentions that the Five Kage’s will be there shortly. Shikamaru falls and his Kurama Clad disappears, they mention that he’s not looking too good.

Sakura asks to use the long distance healing, however Katsuyu mentions that it’s not possible since all clones and their individual chakra’s have been depleted. Shikamaru’s life force begins to end as he quickly begins to say that he’ll see his father while saying goodbye to his mother. Sakura appears there and quickly mentions that it could be too late. It seems that Shikamaru could die here!

Obito mentions that this is the end of the life for them, there is no point dragging it out further, if they don’t resist they won’t be killed. Naruto is currently very angry as well as sad. Obito mentions for the grief and regret to end there and just resign themselves to their fate. Everyone mentions that if they don’t do anything, they’ll be saved. Obito says that this is correct. Hashirama quickly shouts at them not to give in as his technique will be the same as dying.

Karin gets all happy just looking at Sasuke. Orochimaru looks at Sasuke and mentions that he doesn’t seem to be happy at the slightest. Hashirama asks when it will blossom, Madara mentions that chakra of Kurama and Gyuki are all that is needed, it has even begin to peel, he mentions that it should take around 15 minutes. Madara mentions that before that time, he’ll stop Obito and take his place using his Sennin powers.

Hashirama calls for someone from the Yamanaka clan there, he quickly asks Ino to connect everyone to him to tell them about the God Tree and Infinite Tsukiyomi. Tsunade gets a feeling, she’s connected to Ino’s connection. Tsunade and Hashirama talk, the other Kage’s are happy to see him. Hashirama tells everyone to listen up. Obito thinks of getting more chakra since it will take a lot longer.

Hashirama mentions that they’re not just chakra, they’re people and that they can’t just end like nothing happened. They must either take the tree down or the person who is making all of this happen, in spite of everything that’s happening, he’s telling them not to give up. Everyone seems to have lost hope, Naruto is seen very angry and crying.

He quickly notices Sasuke in his Susanoo form take a large chunk of the tree out, Sasuke asks if that’s all he’s got, he’s just getting started! Everyone quickly begins to feel everything Naruto is currently feeling. They begin to enter his heart. We see Naruto’s sad days in which he didn’t have any friends. From the moment he fought Sasuke to Hiruzen’s death. As well as Neji’s death too.

He gets into his Bijuu Form in which everyone notices that he’s feelings are strong and that he won’t ever give up. Hinata notices this, Obito notices that he’s gotten into his form once more. Everyone’s faces change and get more serious, Naruto shows up in his Kurama form to which he stands by Sasuke, he mentions that he won’t let it all go to waste! Naruto 647 ends here.

What a great chapter, everyone has finally felt everything in which Naruto has felt for all his life, all the hardship and sad moments, they all now know that Naruto is worthy. He also stood by Sasuke, I can’t believe at how awesome this is getting, this should definitely get even more awesome during next week’s Naruto 648!