Shokugeki no Souma (Food Wars) follows the story of Yukihira Souma as he dreams to surpass his father and take over his fathers restaurant. Just as Yukihira graduates from middle school, his father, Yukihira Jouichirou, closes the restaurant and sends Souma to a culinary school when all the excitement begins.

While arriving into the elite culinary school, he announces that he’ll be the best out of all of them, quickly pissing off everyone. The world’s best culinary school where only 10% of students graduate, can Souma really survive in this school? So, lets begin this review.

So to begin with, the story spans over 24 episodes, ending at a cliffhanger just before a huge final event between the main members taking part. The one thing about this story is that it holds up really well, although it’s based on a lot of food, it’s all unique types of food and there always seems to be some sort of twist to them.

The story goes on really well along with the manga. Most or every episode has some sort of food which just makes the anime even better because the taster just gets all happy every time they taste something so irresistible. Furthermore, I should mention that it’s hard watching this anime with an empty stomach.

Plus the story doesn’t all seem true to life, if it did, I would copy every single recipe from the show and cook it for myself. Further to this as mentioned before, the characters are insanely likable, even after the first episode, we know how it’ll go with Erina being the one we’ll grow to love, and having Megumi as the under dog who grows her palette really well.

The sound and artwork are superb, the sound builds the atmosphere while the artwork adds even more awesomeness to the show and food. The artwork and animation completely satisfy the food that they eat in that it certainly makes me hungry as hell just watching this show.

Further to this the opening and ending are also fantastic, the music used are totally awesome and once again compliment the series even further. Furthermore, when Souma gets all hyped up and ready to battle the enemy, we can certainly feel the tension and atmosphere built up, and already know that he’s ready to kick some ass with his food. 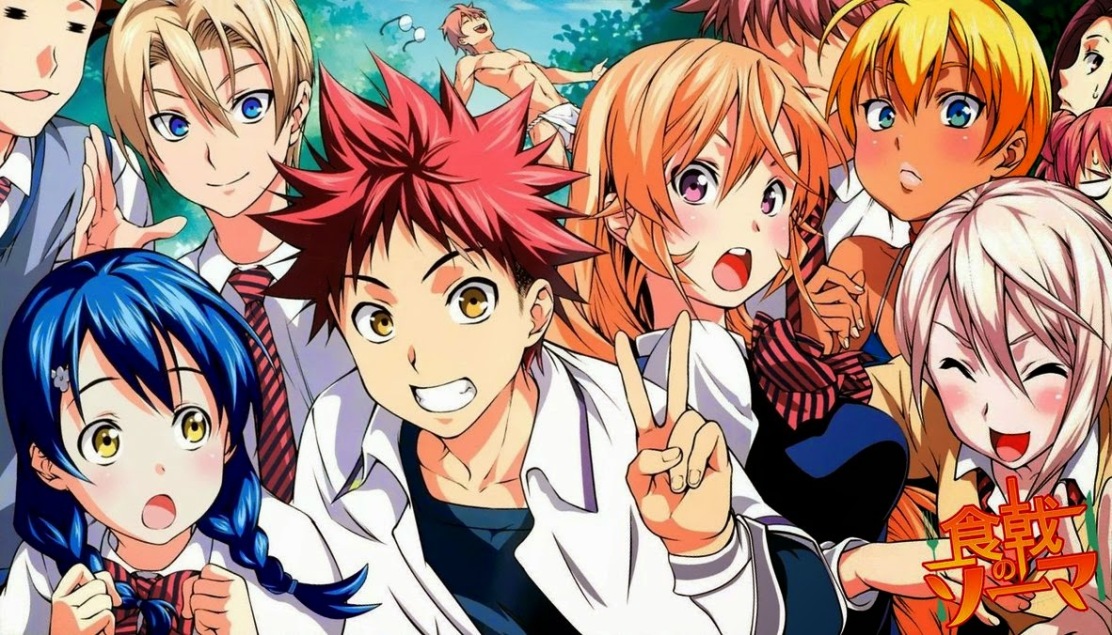 Overall, I found this series really fun and hilarious to watch, it probably even got me cooking a little. Further to this, the show can be a little NSFW, so it’s up to you who you watch it with. I even went as far as to catch up to the manga to the latest chapter available online, and it’s awesome. Still I’d like to rate Shokugeki no Souma:

I found this series really awesome to watch, if you’ve been watching this series like many others, be sure to go ahead and comment down below telling us how you feel about the series and what you’d rate it.