Fairy Tail 453 see’s the beginning of the battle between the Fairy Tail and the Alvarez Empire as Azir launches an airborne attack using his battleships. All while members of Fairy Tail are in high spirits for the upcoming battle against Zeref, they discuss it out with the ones they want to spend time with, until the Alvarez Empire show up. 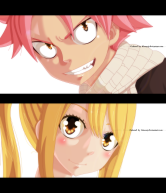 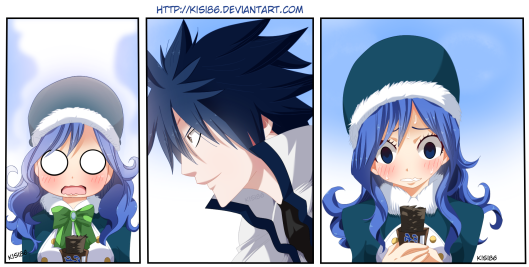 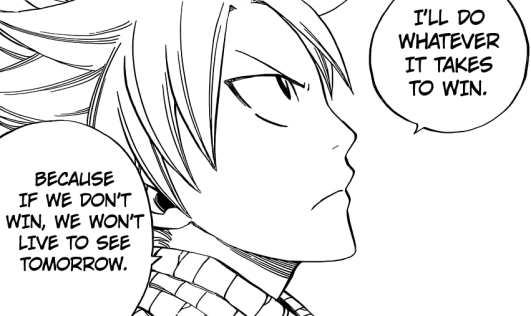 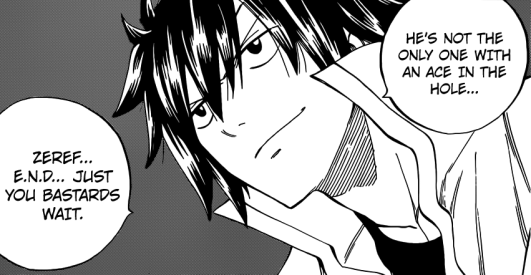 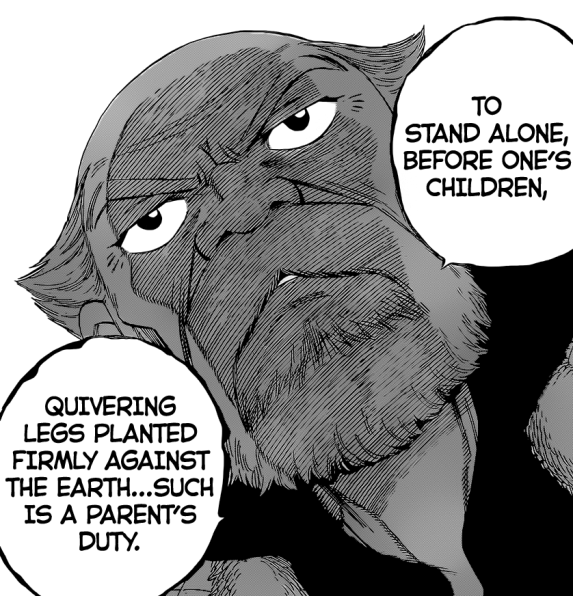 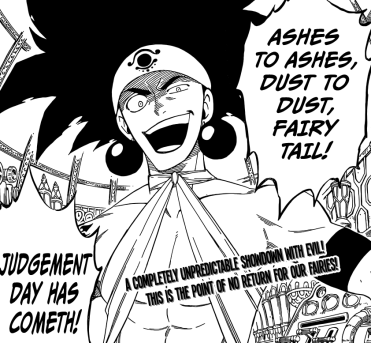 Fairy Tail 453 begins as Lucy begins to write into her diary about what the current situation is, from Fairy Heart to the impending attack. However, Natsu and Happy quickly show up and quote some of her work which makes her mad, she swings a chair but it misses. Natsu and Happy come there to play games.

However, Lucy quickly reminds them of tomorrow, and whats going to happen then. To which Lucy mentions that she isn’t thrilled for the upcoming fights. While Natsu tells her that it is true that he’s always up for a good fight, but he loves the contest of skill, not the blood and slaughter.

His favourite thing is to fight with all his heart and soul to see if he’s a bigger badass, however this time it’s different. This time, he’ll do whatever it takes to win because if they don’t, they won’t live to see tomorrow. Plus, he has a bunch of stuff he wants to do once the fighting is over.

Lucy tells Natsu that in a literary world, such a thing is known as the kiss of death. Lucy mentions that talking about a happy future usually begs the question if such a thing will ever be achieved. Natsu doesn’t care and just mentions what Igneel told him, Speak of your Future.

That’ll become their will to live, Lucy agrees. Elsewhere, we see Wendy and Erza in a hot spring as we find out that Crime Sorciere will also be joining them in this fight, as it includes Zeref. We see that Erza was the one that invited them both to Fairy Tail, to which she remembers that she’s responsible for dragging them into their mess, there may come a time when she has to protect them both.

However, out of nowhere Wendy hugs Erza from behind as she mentions that this time, she’ll be the one to protect Erza. Erza hugs her back as she mentions that she’s really become a wonderful wizard, truly the pride of Fairy Tail. Elsewhere, we see Mavis looking at Gray and Juvia.

Gray is eating something when he asks if she’d like to bite, she’s flustered when he mentions that he’s grateful to have her. She’s always by her side. When the fights have been settled, he will give her an answer. For the mean time, he will focus on this fight as he remembers Natsu’s speech. He also seems to have an ace in a hole technique to use on Zeref and END.

Mavis arrives back in the guild when Warren is trying to track the enemy’s whereabouts. They don’t seem to know where they might be coming from, and thus keep on looking. Mavis thinks that they’ll come from the south. She checked everyone’s morale, it seems to be good, not the least bit afraid.

Makarov mentions that to him, that they all look ready to collapse from fear and anxiety. They draw closer to their friends to lessen their worry and encourage themselves. If a parent is afraid, so too will their children. To stand alone before one’s children, quivering legs planted firmly against the Earth, such is a parent’s duty.

A large wave of wind comes out of nowhere, everyone notices it. They can’t see anything on the radar until a large number of units show up on Warren’s map. Mavis tells everyone to quickly prepare for battle. Their enemy approaches by air! About 50 sky-going giant cruiser battleships detected.

It seems to be only but a fraction of the Alvarez’s power. And the man to lead this attack is none other than Azir, the man who they had previously fought against. He mentions that ashes to ashes, dust to dust, Fairy Tail. Judgement Day has cometh! Fairy Tail 453 ends here.

A magnificent chapter featuring none other than Azir’s and Alvarez’s forces against what we know as the small guild known as Fairy Tail. What will they do? They can’t do anything except to fight against the upcoming force. Can’t wait for next week’s Fairy Tail 454, titled “Dragon Squad and Osprey Squad”.