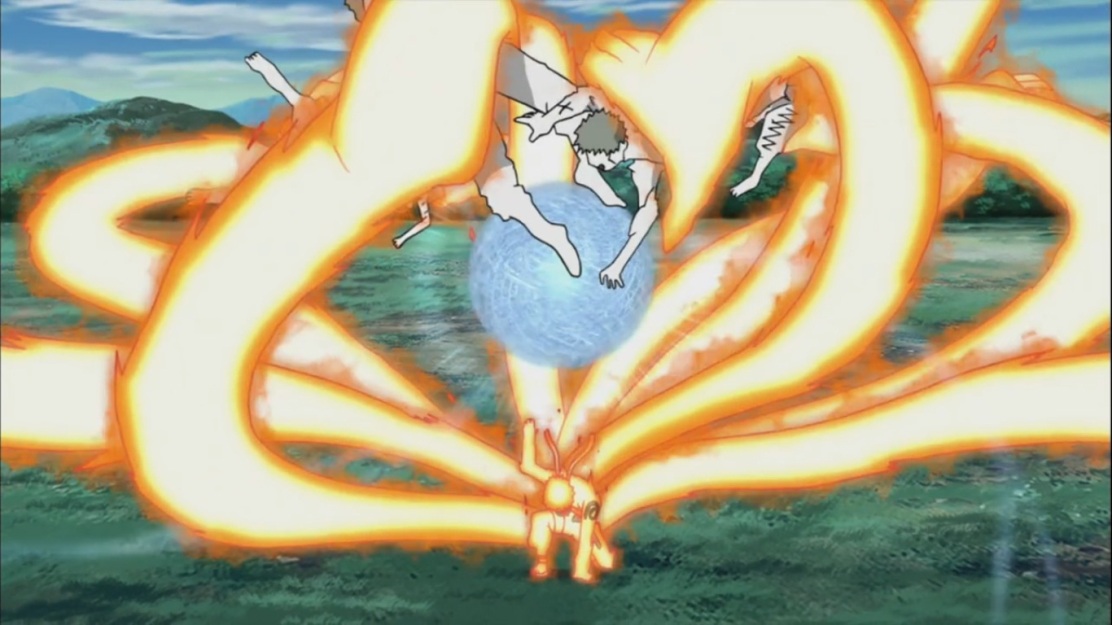 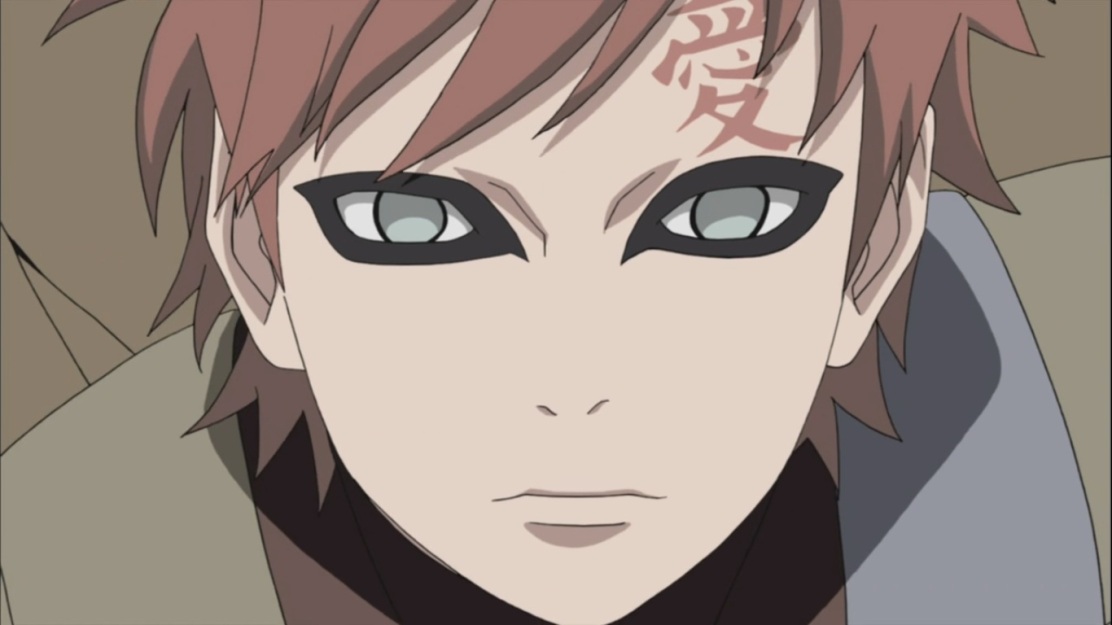 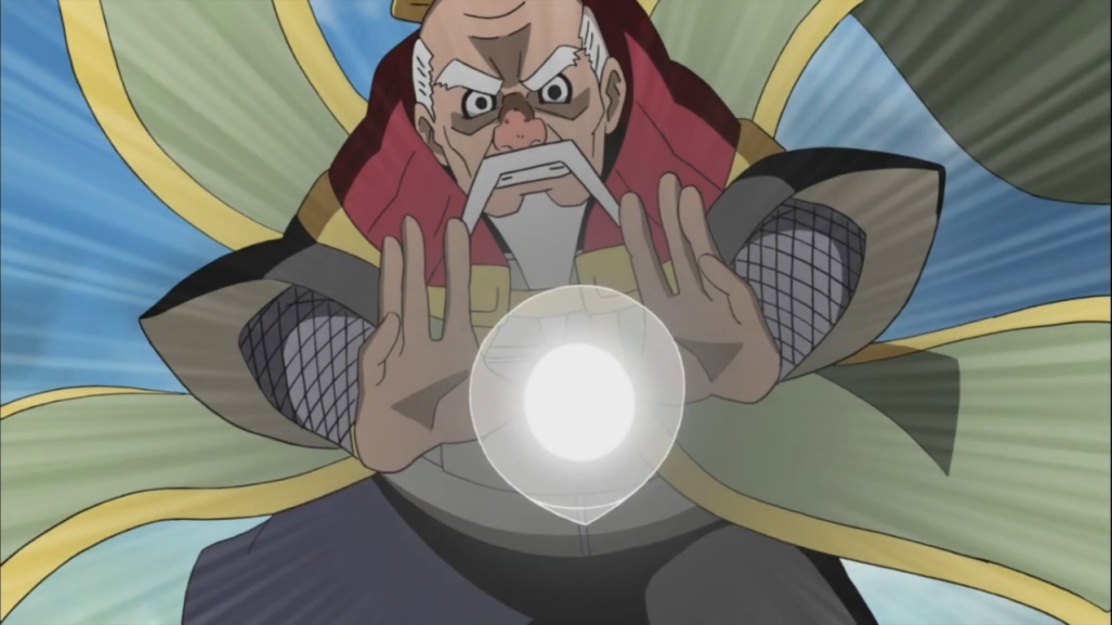 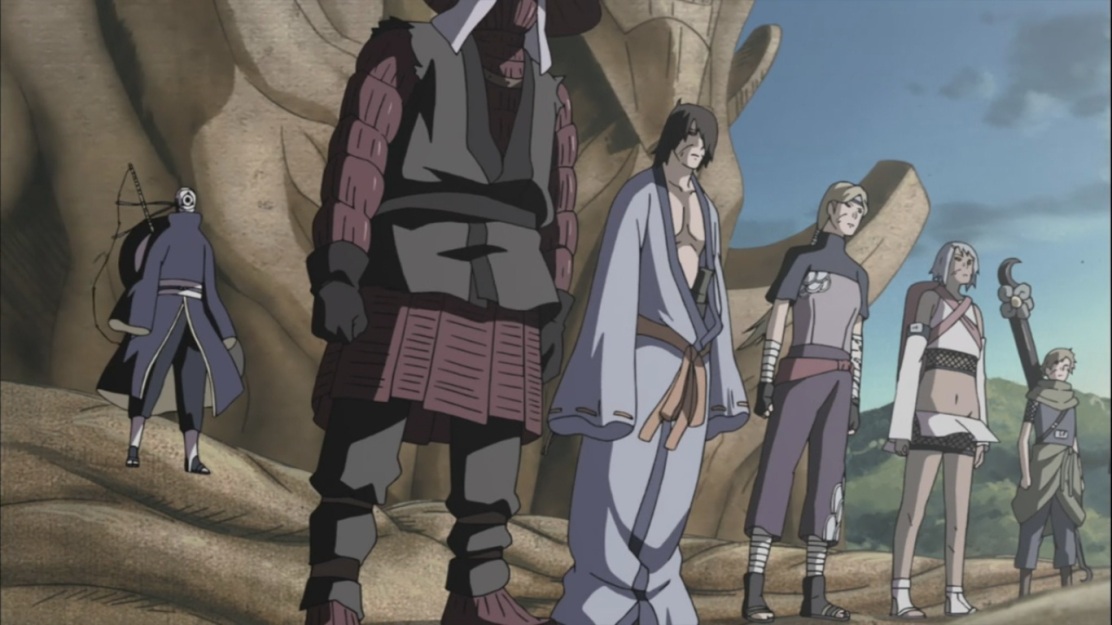 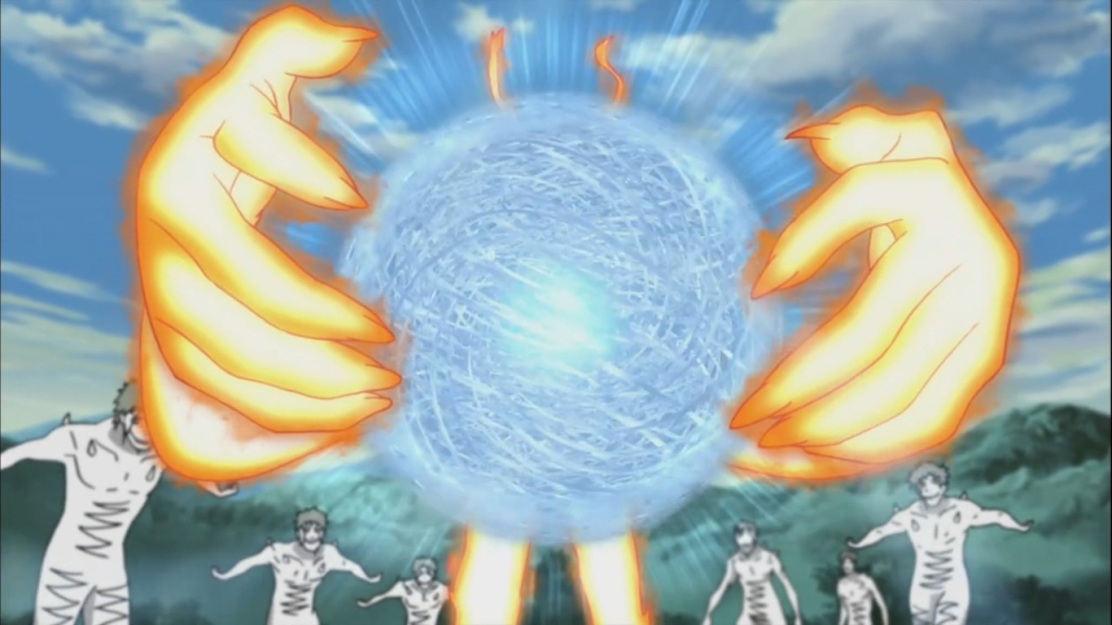 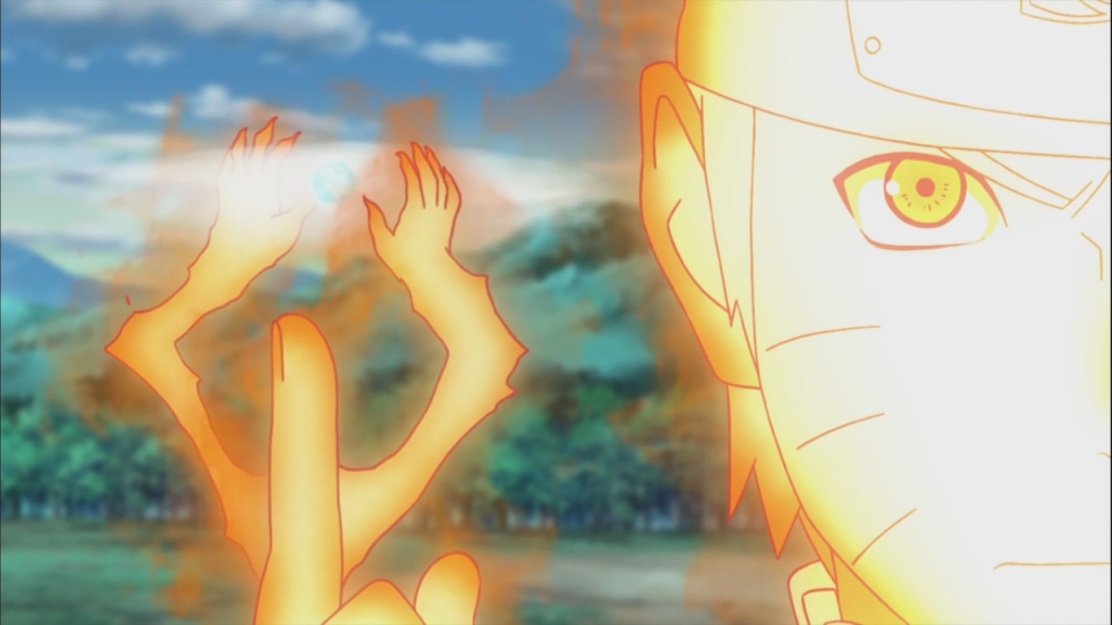 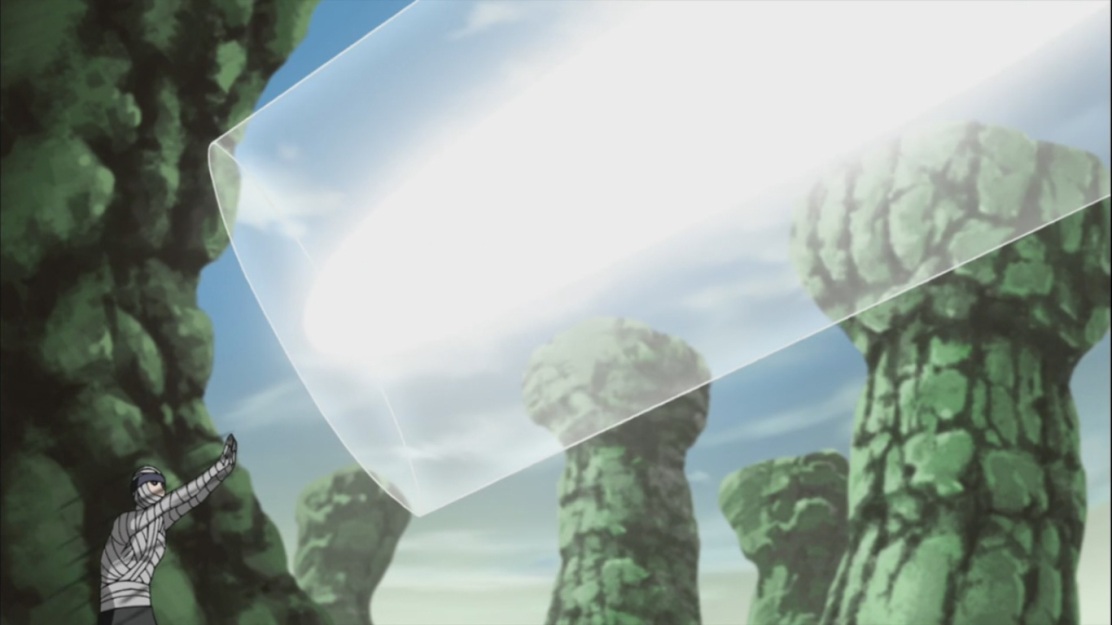 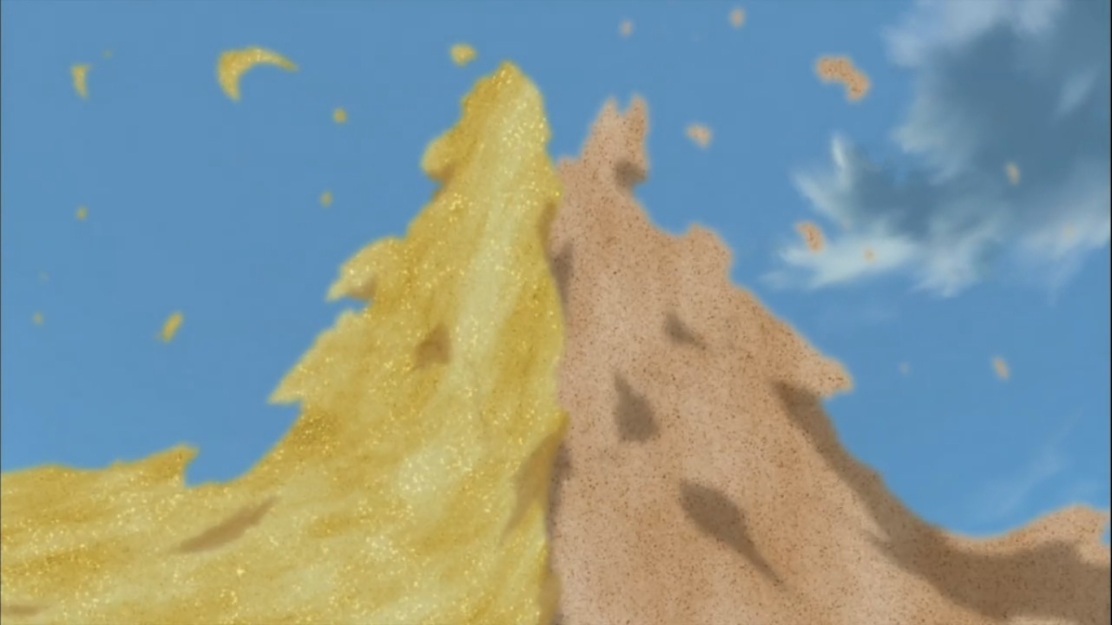 Naruto Shippuden 290 finally starts with the war and it seems like Naruto has finally gotten himself to the action. We go through a recap which seems to be a little pointless. Naruto finally fights his first Edo Tensei. Plus we see what is likely to happen next has both Onoki and Gaara finally face the previous Kage’s.

Sakura and Shizune have gone head to dissect the White Zetsu to see what’s going on.  Sakura concludes that it has the same genetic make up as the First Hokage and that Yamato could have been used to make them stronger. Tsunade and Raikage return to the HQ to receive a report about how the Zetsu’s are using the First Hokage’s cells. We see Madara and the other Jinchuuriki’s travel as they’re going somewhere.

Shikaku tells Naruto about what is currently happening. Naruto has been finally told everything which has happened. He also mentions that Naruto is his target and that he’s not like Pain and Nagato and thus cannot be negotiated with. Naruto remembers the time when he met Tobi. Naruto promises to kick Tobi’s ass! Shikaku also tells him about the Edo Tensei’s.

Naruto and Bee find a lot of ninja’s walking towards them, Naruto quickly uses his senses to use his Rasengan, it turns out that Naruto was right and they were Zetsu’s. Bee also prepares. Naruto creates a lot of Rasengan’s, even a Rasenkyugan! He also creates a Mini-Rasenshuriken! Once the smaller Zetsu’s die, they join to create a large Zetsu. He uses the Mini-Rasenshuriken which kicks it’s ass. He also summons the frog.

Naruto creates a large number of Shadow Clones to help everyone in every battlefield. Two members of  are found to be faced by a Toroi whose abilities are Magnet Style. Once one of his blade touches you, it’s instantly magnetized. And the next Shuriken he throws will directly go to him thus killing him. Toroi throws and it touches one of the man, meaning Toroi’s next attack will possibly kill him.

Out of nowhere, Naruto shows up with a Rasengan! He kicks the Edo Tensei’s ass, it disrupts Kabuto’s connection and he notices something. Naruto notices that sealing them is the only way to take them away from that world. Naruto and Bee keep on moving.

Gaara and Onoki have been retreating for some time now, it’s time for them to stand. The previous Kage’s talk, they mention that they want to kick Orochimaru’s ass when they find him using the Edo Tensei on them. A large wave of Sand appears, Shukaku is first thought by the Fourth Kazekage. He launches his Gold Dust which traps the sand.

Gaara and Onoki appear in the sky, the Fourth Kazekage thinks it was Shukaku but in fact it was Gaara! Onoki makes his Particle Style which he launches at the same time Mu does. They meet each other creating a large light! They all get ready. Gaara meets his father, he asks where Shukaku is, Gaara tells him that he’s long gone when Naruto Shippuden 296 ends here.

A good chapter and it’s nice that Naruto Shippuden is finally back on  the war. Can’t wait to see Naruto finally fight with most of the other Edo Tensei’s! It’s going to be pretty awesome to see when Naruto gets to Gaara and Onoki! Can’t wait for next week’s Naruto Shippuden 297, titled “A Father’s Hope, A Mother’s Love”, when both Gaara and his father go up against each other!