Naruto Shippuden 356 begins with Orochimaru’s Snake approaching Kakashi and Yamato, to which they have to fight and escape due the poison. Yamato returns to Danzo with a fake eye to which it allows for him to express how he really feels about who he is, he fights his way out when Kakashi comes to rescue him, Hiruzen also appears in order to request Danzo to let go of Yamato so he could join his own ANBU squad ultimately helping and learning how to stop a raging Jinchuuriki. 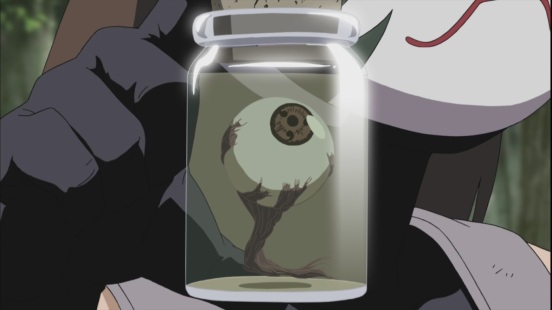 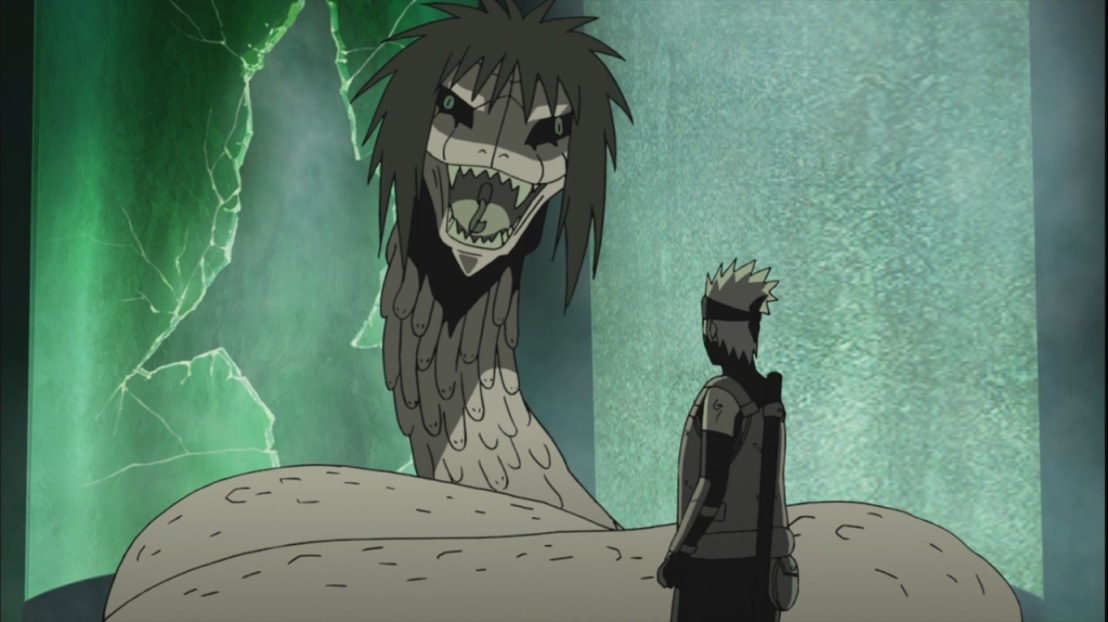 Naruto Shippuden 356 begins as Kakashi restrains Yamato and leads him out while they hear some noises. Kakashi goes to check it out while Yamato is faced with smaller snakes. Seconds later a larger snake appears behind Kakashi to which he has to move quickly to escape from where he is.  He moves, a lot of snakes are thrown into them to which Yamato is disabled, the snake attacks back and Yamato is captured.

Kakashi uses his Sharingan to detect where he is, he uses his Chidori to cut the snake bringing back Yamato. We see him wake up again. The snakes blood begins to turn into poison to which they both try to escape however Kakashi collapses and Yamato has to help him get out of there.

We see Kakashi given a injection from a vile to which it seems that it’ll help Kakashi from dying from the disease he may have. Yamato remembers the moment he had with Kakashi and the girl to which they all picked their own path ways. He mentions that he can help others.

Yamato gets outside when the other people appears, he shows him an eye to which they both quickly head back. It seems that he has taken Kakashi’s eye. Kakashi wakes up with his eye still there, however there is a note there which reads that he’s abandoned his mission.

We see Kakashi quickly get into Hiruzen’s place where he tells him that Yamato had targeted him with orders from Danzo. Furthermore it seems that Yamato has abandoned his mission and he doesn’t know what’s going to happen to Yamato, thus they need to go help. Hiruzen sends a message to call upon Danzo as soon as he can. Kakashi is told to go to the infirmary but he doesn’t and follows the message.

We see that Danzo is not happy to see Yamato do such a thing as bring him such a stupid eye and faking Kakashi’s dead. Yamato is asked what his intentions are to which Yamato tells him that he doesn’t want to kill a friend, he is part of the Leaf and doesn’t want to be a bad person for doing such a thing. Danzo tells him that his orders are absolute and nothing can be done.

As Yamato keeps on talking, Danzo uses his Sharingan to put him to sleep and tells the other to put him into restrains. Kakashi arrives with the message to which the girl is given the message that Danzo is currently not there. However Kakashi stays and uses his own Sharingan to put the first person to sleep and use the second to find where Yamato is.

Kakashi gets to Yamato first and quickly helps him out, they both escape and go to the entrance to which they’re faced with Danzo himself. He attacks and Yamato quickly defends. Danzo mentions that Kakashi has entered Foundation area without authorization to which he then mentions that they won’t get away from this lightly.

Hiruzen mentions neither will he and appears besides Danzo with all their ANBU soldiers too. Hiruzen mentions that he was given a message to which was to be delivered to him and thus was given the jurisdiction to be there. They keep on talking to which Hiruzen convinces for him to give up Yamato. Days later we see Yamato join the ANBU with his name Tenzo. Naruto Shippuden 356 ends here.

A great episode with lots of great moments, especially on how both Kakashi and Yamato became friends. Can’t wait for next week’s Naruto Shippuden 357, titled “An Uchiha ANBU”, when we see the back story of Kakashi and how he met Itachi, this should be good!