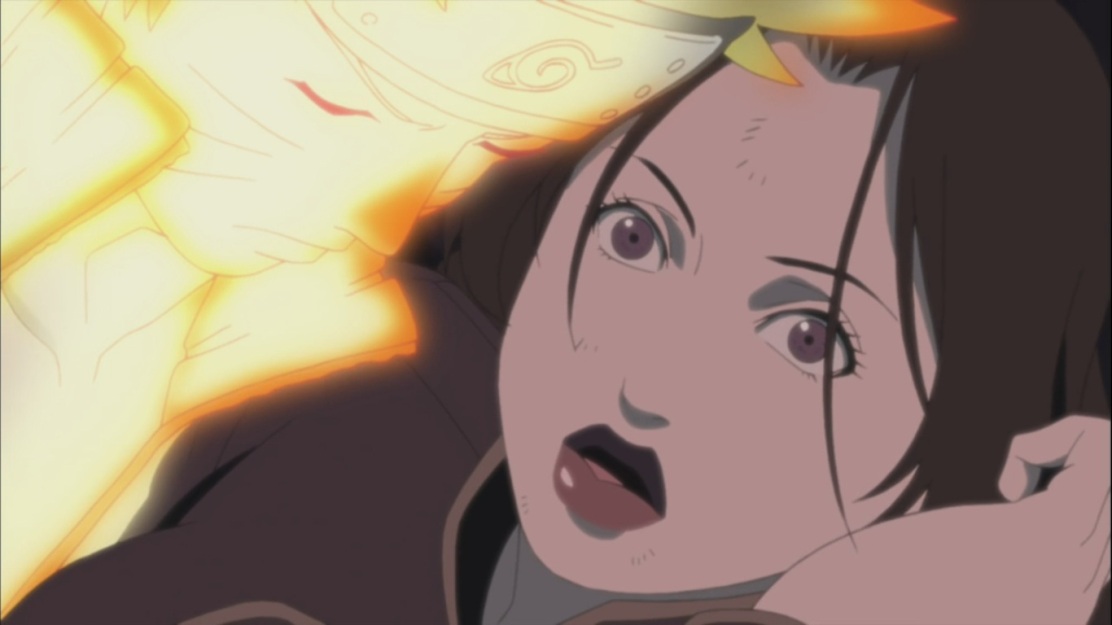 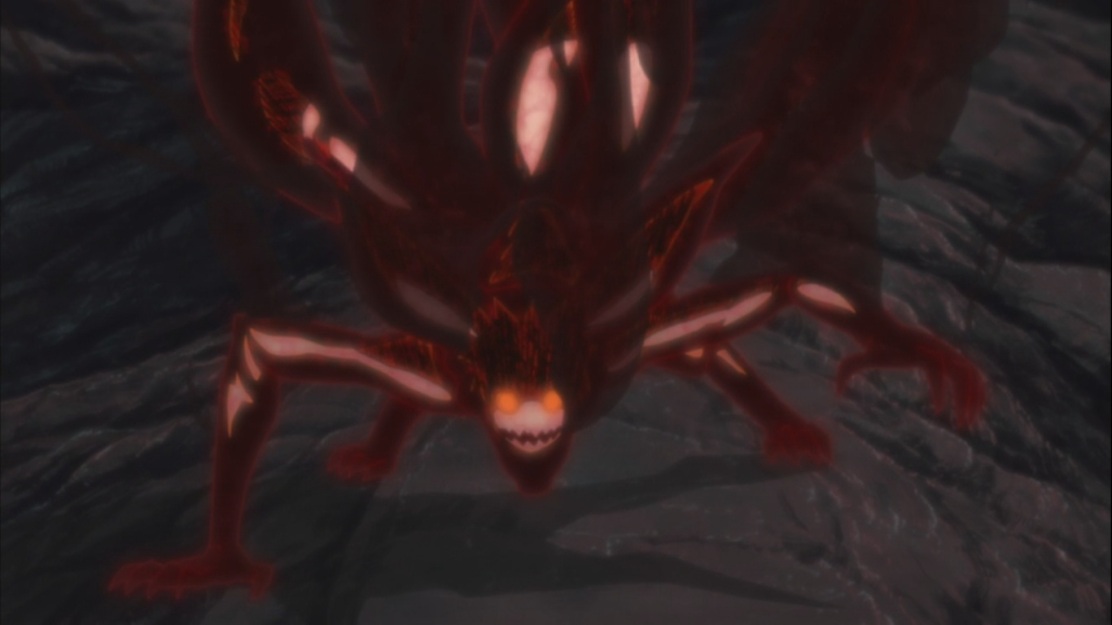 Naruto Shippuden 295 begins with the ending of these filler episodes as we see the monster Naruto created is finally destroyed. After Naruto gains a large power up from Kurama, he also transforms into an awesome form, but after he’s unable to beat his opponent he keeps on borrowing till Kurama gives him more until he’s completely consumed. The moment Dokku and Shiseru share in their childhood is replicated here. This time, Naruto saves her once he regains his concentration and goes into his new Chakra Mode!

Naruto Shippuden 295 begins where it left off, the new monster around is going crazy. It heads down the large pole and seems to have killed the Head from the other Village. Fortunately Naruto moves and quickly gets some clones to help him create a Rasen Shuriken. Naruto tries to hit him. We move onto the battle between Kakashi and Kabuto when Kakashi notices that Naruto has been trapped and hit by a beam of light. Deidara gets Kakashi in an attack.

Kurama notices that Naruto is being hit by the monster, Kurama then lends some of his power. Naruto hears this and at this point, Minato appears and comes to tell him to control his power. Naruto quickly activates his power starts going crazy. Sakura and the others notice.

Naruto appears from nowhere, with a brand new form! It seems like he’s using Kurama’s form in order to create like a bubble around him of his pure chakra to beat the monster he’s currently going up against. Both Naruto and the monster are going on a head to head battle, Naruto seems to be winning. Kakashi notices Kabuto has escaped and goes to help Naruto.

Dokku and the children are told by Sakura that it’s not safe. The only way for it to be finished is for Dokku to do it. Shiseru also tells him that he needs her help. The kids at this point tell both of them not to go because they could die. They both start telling the kids their good bye messages. Shiseru even apologizes to Mina.

They both go on forth in order to save everyone and stop the machine. While both of them are going, Shiseru hold hands and keep on going. Dokku tells Shiseru that if they’re still alive at the end, he wants to get married to her. Out of nowhere an attack comes around, she if left on top of her. She is happy that Dokku has finally said it and that she now wants to finish this mission.

Naruto keeps on being pushed back and hit, he seems to need more power at this point, while he does this, he keeps on developing more and more of Kurama’s dark chakra. We move onto Dokku, he tries to figure it out how it works, he  quickly finds out that it’s based on Mina’s melody.

Naruto keeps on transforming into the 7 Tails, Kurama’s bones are starting to form and Kurama is one step closer to becoming himself once more. Kakashi gets Naruto’s attention, he starts to make his way towards Dokku and the others. Yamato tries to stop him when Shiseru and Dokku are both hit.

Dokku tries to once again help her, he gets her with one arm, unfortunately she can’t move her other arm. It’s the same as what happened last time. Yamato gets his wood to trap Naruto. Sakura is currently healing Sai. Mina notices the pain in which Naruto’s in and runs towards him. The dark monster faces Kakashi but can’t do much.

Naruto breaks free and quickly goes to attack Mina and the others when she quickly mentions for Naruto not to give up. He hears it at this moment. Shiseru notices that the rock is breaking and tells Dokku that she’s prepared to die, plus he should stop this attack. He tells her that he’s not going to let his loved one die in front of his eyes. He’s loved her for a long time, she also mentions that she’s also loved him after all that he’s been through.

Mina is faced by a degrading Naruto, his forms is reduced to a human size, all the kids tell Naruto’s form to save both their mother and father. They all scream it out when Naruto quickly transforms into his awesome new Chakra Mode! At the same time, Shiseru tells Dokku that she’s ready to die and that he now needs to save the world and protect the children. She loves him so much!

She pushes herself, the whole scene goes quickly, Mina cries and Naruto notices Shiseru’s jump, before Mina’s cry drop touches the ground, Naruto moves so quickly that he’s able to quickly save Shiseru. Dokku runs towards the Saezuri, at the same time, Naruto also goes to attack the monster. Dokku places the last sound, Naruto enables his Rasengan, at the same time, he makes it into a mix of Rasengan and Bijuu Dama. He smashes the monster, at the same moment Dokku enables the Saezuri.

We notice that the machine is shut down, the monster disappears and everything starts to go back to normal. The clouds start to once again shine brightly. Dokku hugs Shiseru, the kids also join them! Kabuto has escaped, Naruto appears and Mina goes to give him a hug, everyone also do the same. Shiseru and Dokku both say their thanks when Naruto Shippuden 295 ends here.

The fillers are once again over and it’s time to bring back the real action, during next week’s Naruto Shippuden 296, titled “Naruto Enters the Battle!”, we notice that Kabuto and Obito (Tobi) have brought back Jinchuuriki’s, in one eye they have the Sharingan and the other the Rinnegan. Naruto also finally joins the war!