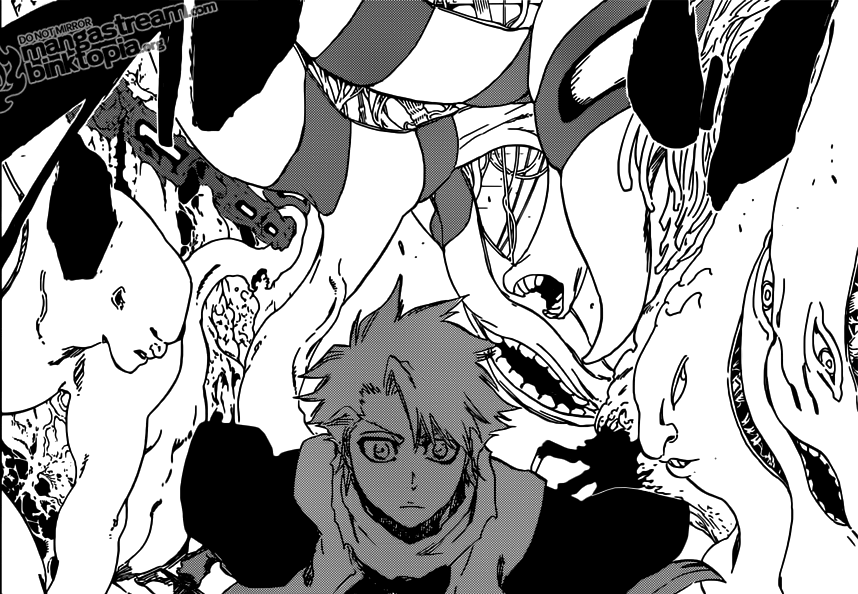 Yukio vs Toshiro Hitsugaya! Was this weeks highlight Bleach 466 Fight! It seems all Captains and Lieutenant have gotten a lot stronger over the past 17 Months! Here specifically Toshiro Hitsugaya seems a lot calmer.

We also see that he hasn’t yet drawn his sword! This could be that he doesn’t think Yukio as an opponent but a mere human. Hitsugaya isnt emotionally involved in the fight hence he doesn’t seem really serious about the fight.

For Toshiro Hitsugaya to not be intimidated by Yukio’s Invader’s Must Die is quite impressive as he usually gets all angry! Toshiro Hitsugaya may not fully understand how Invader’s Must Die works, but it does really matter, as Toshiro already has an advantage of making their opponents emotionally angry hence may mean they mess up and kill themselves, just like in the pictures above!